It was 45 years ago that Idaho's Teton Dam failed

Millions of gallons of water poured through the earthen dam, flooding Rexburg and Sugar City. Eleven people died in the flooding. 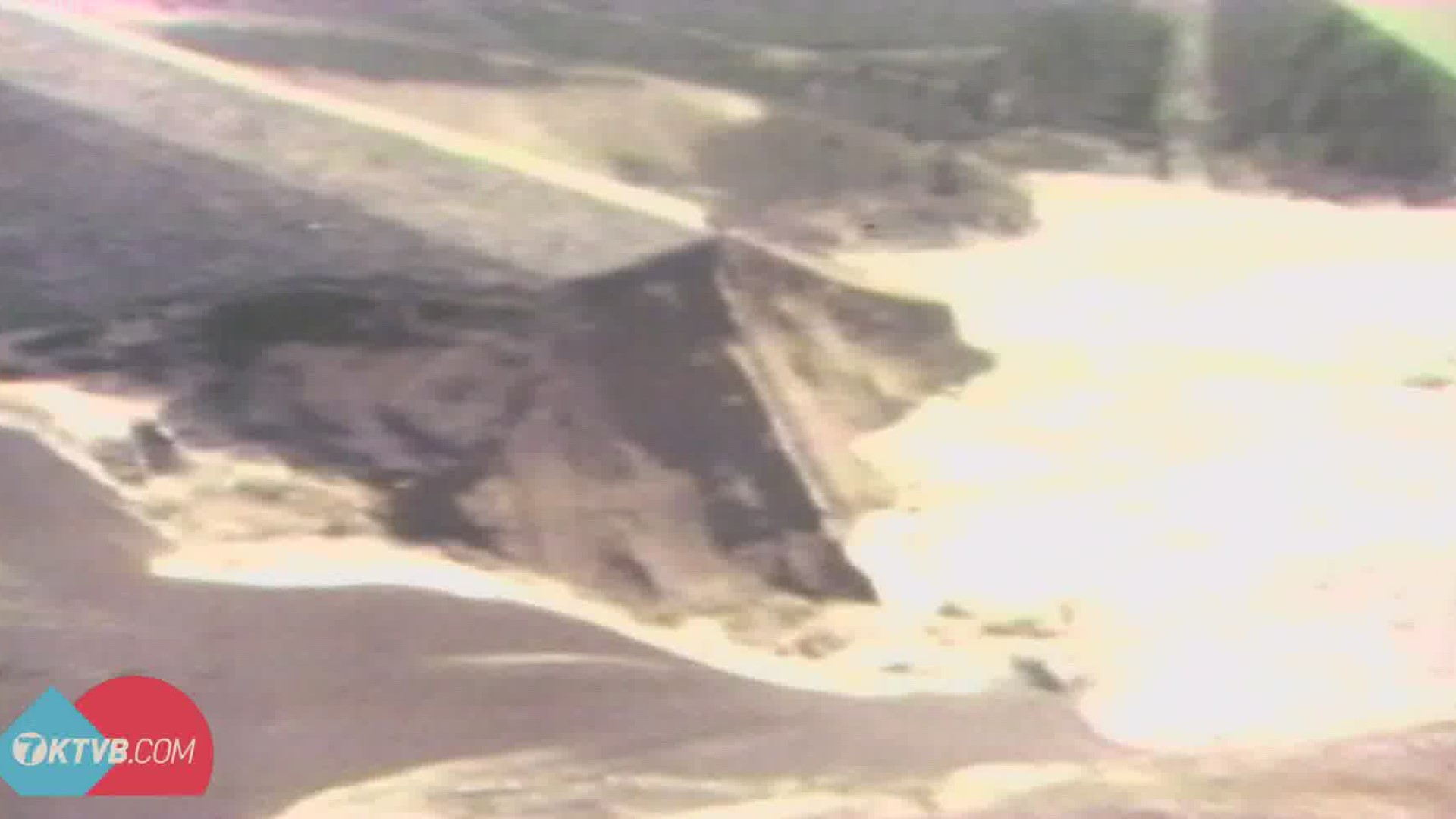 BOISE, Idaho — Living in the West, Idaho is no stranger to natural disasters.

We've lived through floods, wildfires and "snowmageddon" -- all things Mother Nature threw at us, some with little to no warning.

Saturday marks the anniversary of the Teton Dam collapse. Not a natural disaster but a manmade one. And a tragic one.

We continue to remember -- 45 years later.

"The water that cascaded down through there was unbelievable."

And mere hours to collapse.

"About 300 feet of water in depth at that time, more than 300 feet, and it began to come through. I think at first it came through a 60-foot wall more than 100 feet, and then finally the whole dam on the north side gave way. And it's a scene that just took your breath and you wondered, what's gonna happen downstream?" said one witness.

What happened downstream was a wall of water, leaving the collapsed Teton Dam at a million cubic feet per second, hitting some places at least 30 feet high.

By 8 p.m., the flow of water had nearly stabilized, but not before essentially destroying the communities of Rexburg and Sugar City.

In the end, 11 people were killed, along with scores of livestock.

It caused more than $400 million in property damage.

Damages and death that could have been prevented.

At 305 feet high, the reservoir it would create was supposed to provide flood control, hydropower, and supplemental irrigation water for over 111,000 acres of farmland in the Upper Snake River Valley.

Finally finished, they began to fill it a foot at a time in the fall of 1975.

By early June, inspection crews found a couple of weak spots in the dam where water was seeping through.

As the water kept rising behind it, those spots were considered minor until 11:52 a.m. on June 5th.

Homes and cars were carried away by the floodwaters, leaving two-thirds of Rexburg residents homeless.

The water took three days to reach American Falls - 70 miles away. That’s where it stopped because of another dam already in place.

Investigators later determined that the collapse was due to a series of design and construction flaws.

Today the spillway and the unmoved mound of dirt remain - a reminder of water's power and the tragic events of 45 years ago.

After that day, the U.S. Bureau of Reclamation instituted the "dam safety" program, which is now used as a worldwide standard for every new dam built.

45 years later, the remnants of the dam are still visible. There has been no attempt to rebuild it.