Get to Know Idaho: Revisiting the history of the iconic Sun Valley Lodge

The iconic Sun Valley Lodge is celebrating its 84th birthday on Monday, so we're looking back at what made the ski resort what it is today. 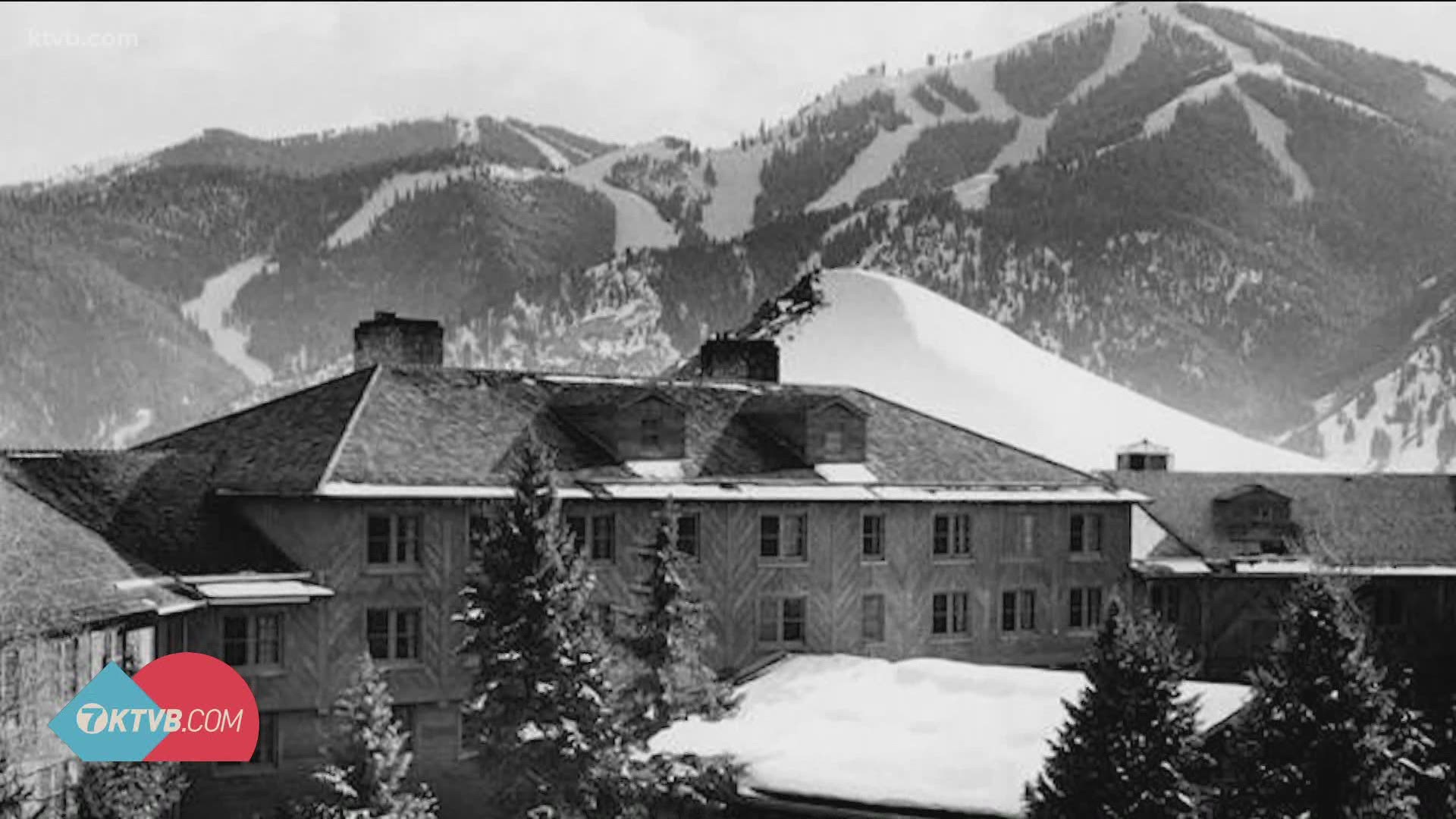 SUN VALLEY, Idaho — It's officially the time of year when winter sports really get going, and no place like Idaho welcomes winter sports enthusiasts quite like Sun Valley.

Nestled 6,500 feet above sea level in the Wood River Valley sits "America's first destination ski resort". Because of that designation, Sun Valley has become a great place for sightings and a wonderland for the well-to-do.

For those new to Idaho, the name Sun Valley may not mesh with winter sports, but Vitamin D is abundant in Sun Valley; the chamber of commerce stated there are more than 300 days of sunshine in an average year.

This was not known to many outsiders until after America hosted the Olympic Winter Games in 1932 when a railroad man wanted what they had in Lake Placid, New York transported out west.

The enthusiasm for alpine skiing in the United States took off after those 1932 winter games in Lake Placid.

It was about that time that Averell Harriman, chief executive of the Union Pacific Railroad, decided he wanted to build a destination ski resort in the Rocky Mountains.

Harriman hired a man by the name of Count Felix Schaffgosch to find the perfect place. In January 1936, Schaffgosch stumbled upon the town of Ketchum, thinking the name had a ring to it. The city, which was home to just about 100 full-time residents at the time, was once a 3,000 acre sheep ranch.

"It contains more delightful features for a winter sports center than any other place I have seen in the United States, Switzerland or Austria," Schaffgosch wrote to Harriman.

That compliment persuaded Harriman to buy it. In eight months, crews built ski runs on Dollar and Proctor Mountains, as well as a four-story lodge at a cost of $1.5 million.

After the lodge was completed, the task of getting people up the hill without the use of the well-worn and risky rope tow. A railroad bridge designer, who once built a wire-based system for moving bales of bananas onto cargo ships, thought of replacing fruit hooks with chairs for skiers.

Thus, the world's first chairlift was introduced on Dollar Mountain that same season.

Over the years, the Sun Valley Lodge has gone through several rounds of renovations, the last beginning in 2014.

It may have taken crews just eight months to build the lodge from scratch, but it took nearly ten months for crews to revamp and revive the nearly 80-year-old building.

Before the lodge reopened to the public in June 2015, KTVB was able to get a sneak peek.

"The lodge opened its door December 21, 1936 and of course there's been many remodels since then of the rooms and additions, but this was a complete rebirth," Jack Sibbach with Sun Valley said. "We took the lodge down to its 13-inch concrete walls and pillars, and everything is new."

Travelers will be sure to notice the renovations and new modern touches throughout the lodge, according to Sibbach. Granite was added to the rooms, but the iconic wood is still present.

Other improvements included a poolside cafe, a jacuzzi and 15 more feet in the lobby. The rooms are bigger, including four new celebrity suites. There is also a world-class spa with 15 treatment rooms.

Even with these improvements, Sun Valley is still the legendary and historic lodge it has always been.

"The lodge has been a place everybody could feel home, fell homey in and comfortable," Sibbach said. "It hasn't lost that flavor at all. It's just gotten better and bigger."