Several public officials are pushing back at how the state is responding to the coronavirus pandemic. 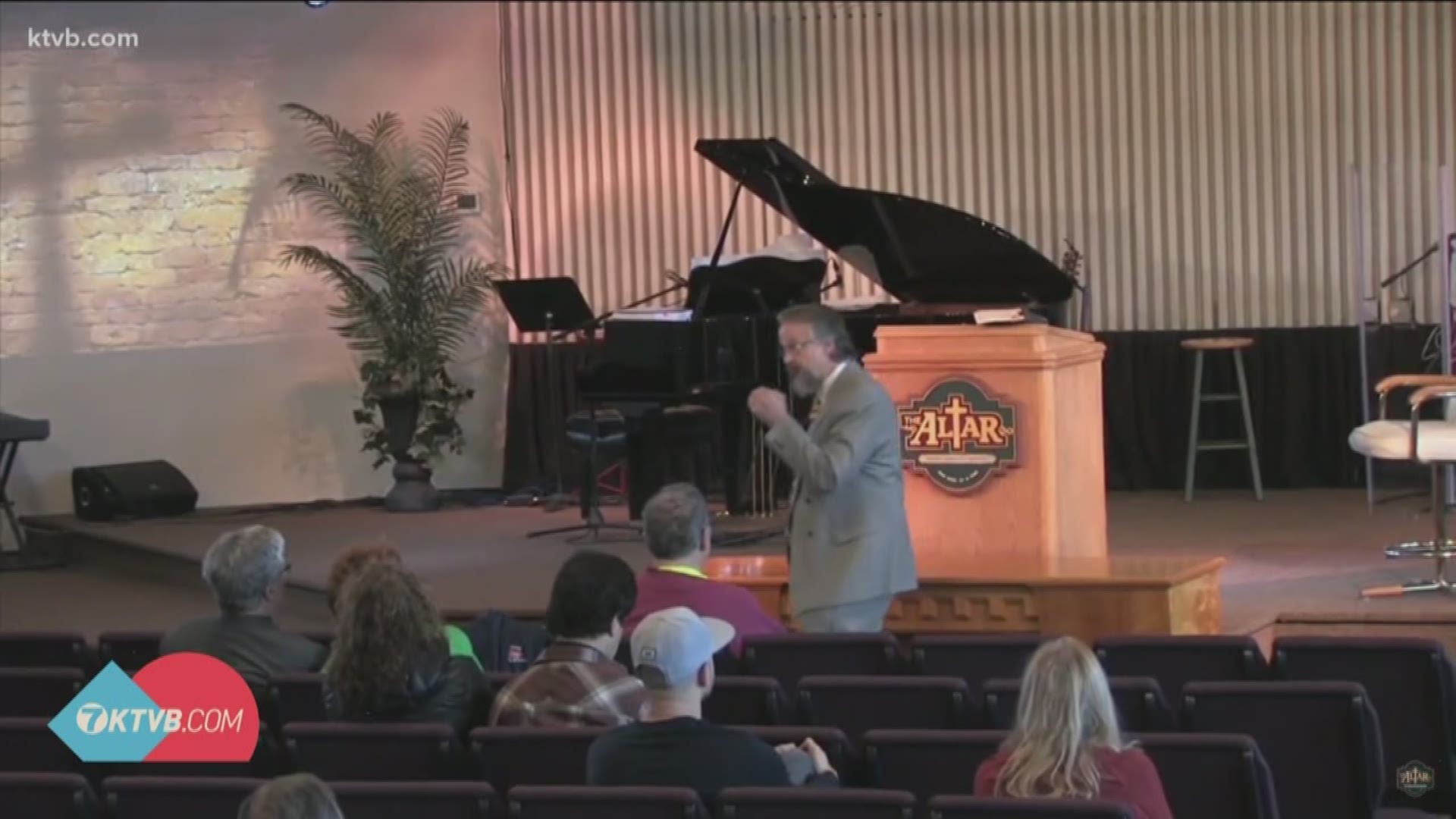 BOISE, Idaho — What is going on in north Idaho?

If you're from there or have spent much time above the 46th parallel, then you already know, there's an independent streak that runs through those that call it home.

But this past week, that streak stretched to include a push back of how the state is responding to the coronavirus pandemic.

Even before Gov. Brad Little declared an extreme state of emergency and issued a 21-day stay-at-home order, area churches were already adapting and calling off congregating to comply with CDC guidelines of no more than 10 people getting together.

But at least one church decided they wouldn't comply, and would welcome any and all parishioners inside.

That church is in Coeur d'Alene, where State Representative Tim Remington is the pastor.

They had 125 members attend last Sunday over two services.

Then Thursday, Representative Heather Scott from Blanchard put out her monthly newsletter and called for Idahoans to defy Gov. Little's order on the grounds that it disregards the state constitution.

Bonner County Sheriff Daryl Wheeler then wrote an open letter to the governor,  claiming the constitution was suspended and it must be reinstated in the spirit of liberty.

These are elected officials saying we should go against what the governor says we should be doing to stop the spread of a pandemic because it's nothing more than a power grab.

"Quite frankly if it's not in the Constitution, and not listed as a power, the government can't do it unless we the people allow it,” said Scott in a video newsletter on April 2.

"But what has happened recently is you have had so many of your First Amendment rights stricken from you," said Remington last Sunday during a church service.

“And it is not the role of government to be picking and choosing which businesses are essential and which ones are not,” said Scott.

"Because what has happened is that they have just showed (sic) everybody in this nation how because of a flu, OK? They can completely take away all of your First Amendment rights, the right to assemble and everything that belongs to that," said Remington to his congregation.

"There is a hierarchy and an unconstitutional law or edict or order from a bureaucrat or any elected official cannot trump the Constitution even in times of an emergency or crisis, which is what we are in right now," said Scott.

The federal government does have limited powers when it comes to what it can force states or even its citizens to do. But regional or nationwide containment and quarantine to prevent the spread of a virus -- it can. Thanks to what's written in the 1,700-plus pages of the Public Health Service Act enacted just last December.

Our country's handling of COVID-19 is covered by it.

Well, in fact, it is the Idaho way, according to Idaho's Constitution.

"Does he have the right to do this?" KTVB asked Dr. Stephanie Witt, Boise State Public Policy & Admin professor.

"When I look at the Idaho codes, specifically Title 46 gives the governor the ability to take special actions in the event of a declared emergency including restricting the movement of people and access to businesses," said Dr. Witt. "He can control the movement of people in and out of an area that's declared an emergency.  And I believe the stay-at-home order and the non-essential business restriction is well within his powers as a governor."

We tried to ask Rep. Scott about Idaho's Title 46, but her voicemail box was full.

We also reached out to Sheriff Wheeler but we were told he wasn't in and email was our best bet.

As of this publishing, we still haven't heard back from either of them.

We also reached out to Gov. Little's office to see how something like this would be handled.

We haven't gotten a response, but my guess is they would just ignore it like they have our request for comment on this since the duty to enforce the stay-at-home order falls under city police, county sheriffs, or state police jurisdiction.

Pastor Remington's church decided two days ago to reluctantly suspend public services and be in compliance with the state order against gatherings. But they will continue to be streamed online.