Southwest District Health board member promotes the use of hydroxychloroquine

Viki Purdy promoted several debunked claims and told KTVB in an email that "Pharma" is to blame for the lack of credible evidence on the malaria drug's use. 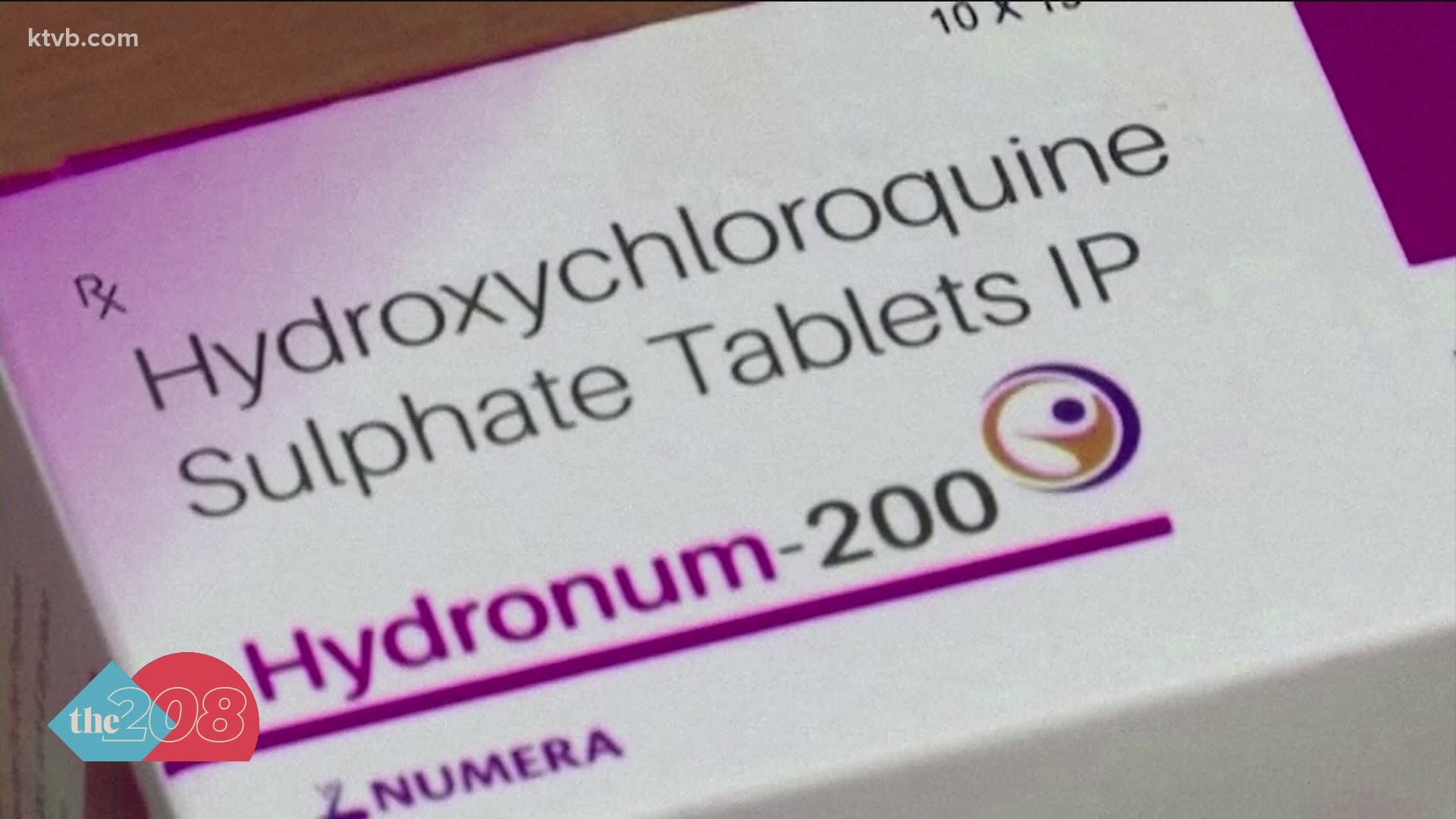 "In summary, hydroxychloroquine is a relatively well-tolerated drug, based on clinical data from many years of use with malaria prophylaxis and management of rheumatologic conditions. When using hydroxychloroquine for treatment with COVID-19, there is a very small chance that the person being treated may have an increased risk of dying, and other adverse effects can occur. Based on the review of the available evidence, as of August 11, 2020, there is not enough quality evidence to demonstrate that hydroxychloroquine has a clear benefit with treating COVID-19, and there is evidence of at least moderate harm. Science is an ever-learning, ever-developing process. More trials will be completed on the use of this and other medications for possible use with treating COVID-19, and it will be necessary to evaluate these results using an unbiased, scientific, logical approach in order to continue to make the best decisions about the best treatment approaches for COVID-19."

During Tuesday morning's Southwest District Health meeting, a debate over the use of hydroxychloroquine to treat COVID-19 patients broke out. It started with the question of why certain demographics, specifically a person's race, are identified in confirmed COVID-19 cases in Idaho.

In the Gem State, several COVID-19 outbreaks have been linked to food processing plants where a majority of the workforce is Hispanic.

However, the question about COVID-19 affecting minorities soon morphed into something much different after one county commissioner and health board member made several dubious claims.

"There's something that you're missing when it comes to the Black, Hispanic and Asian population: they are all very low naturally in vitamin D, and that's what we've been talking about the last couple of meetings is, why aren't we telling people they need to check their vitamin D levels, start taking vitamin D, zinc, and is there something else we need to consider here as a board to push forward here, a protocol of hydroxychloroquine for those patients, that an early protocol when they get COVID-19 so that they don't have lung damage, they don't end up in the hospital? I mean, there are studies all over the world now, there's no denying that it works. So can we as a board make a motion to push this forward and have the state do something about it and get it out there so all the doctors can prescribe it as needed?"

A study released in June found that some minorities are naturally deficient in vitamin D, and by raising those levels up to normal, minorities would be more likely to survive the COVID-19 virus. However, that study does not link the use of Hydroxychloroquine, an anti-malaria drug used to treat conditions like rheumatoid arthritis and lupus in the U.S.

Currently, Idaho doctors can prescribe hydroxychloroquine to patients as they see fit. However, the patient must be diagnosed before a prescription can be written. The drug is not available over the counter.

"There is a very large trial that was placebo-controlled where half the patients got hydroxychloroquine, zinc, vitamin D, and the other half didn't, and there was no difference. Absolutely no difference," he said.

"I would beg to differ with Dr. Summers on those studies. There is a tsunami of evidence that hydroxychloroquine and zinc and other antibodies work together and they work very well, especially in the early protocol," Purdy said. "There were a couple of articles in the (inaudible) and another one in the American Medical Journal I think it was that had to be withdrawn because they were fraudulent."

We reached out to commissioner Purdy and asked for a copy of those articles she referenced. This link is what we received from "Frontline Doctors Summit."

Note: The original website provided by Commissioner Purdy had been deactivated. She sent the corrected link on Thursday, August 13, along with two studies titled 'White Paper on Hydroxychloroquine' and 'Medical Studies Support MDs Prescribing Hydroxychloroquine for Early Stage COVID-19 and for Prophylaxis.'

The author of the 'White Paper' article is Dr. Simone Gold, a member of the Frontline Doctors group, which produced and shared a viral video spreading misinformation about COVID-19 in front of Capitol Hill. The video has since been banned from several social media platforms, including Facebook and Twitter.

"Anyone can find the research but sometimes the money involved prevents us from looking at all the evidence," Purdy said in an email.  "Advertising dollars are in the billions for the media. Vaccines are a moneymaker for Pharma. People are losing their livelihoods, numerous others [have] health conditions are not being taken care of. Suicide is up 360% since March. Healthy activities for our kids have been eliminated. We need to get back to work and life."

However, Idaho's suicide rates have actually gone down since the beginning of the pandemic.

"Clearly the pandemic has created extra stress on everybody including all of us here in this room," Dave Jeppesen, the director of Idaho Department of Health and Welfare, said during a press conference in June. "And that has led to an increase in anxiety, depression, and behavioral health issues. It is something we have been concerned about since the beginning. We do track the death data, and clearly one suicide is too many suicides. But we have actually seen a slight decline in suicides over the last couple of months, which was surprising to us, but a good thing. We will take that whenever we can get that."

Adams County currently sits at 18 confirmed cases of COVID-19 since March and no deaths.

One trial performed by the National Institutes of Health was stopped early because researchers found no proven benefit. Another study by the Henry Ford Foundation claimed hydroxychloroquine cut COVID-19 deaths by 50%.

However, that study has been widely criticized for two reasons - patients also received a steroid in addition to hydroxychloroquine, which has been proven to help in the recovery of COVID-19 patients, and because it is an 'observational study,' instead of a 'randomized study.'

In June, the Food and Drug Administration revoked the emergency use of the drug to treat certain patients hospitalized with COVID-19 when no clinical trial was available.

Last month, the FDA released its findings, claiming the drug caused "serious heart rhythm problems and other safety issues, including blood and lymph system disorders, kidney injuries, and liver problems and failure" in some patients.