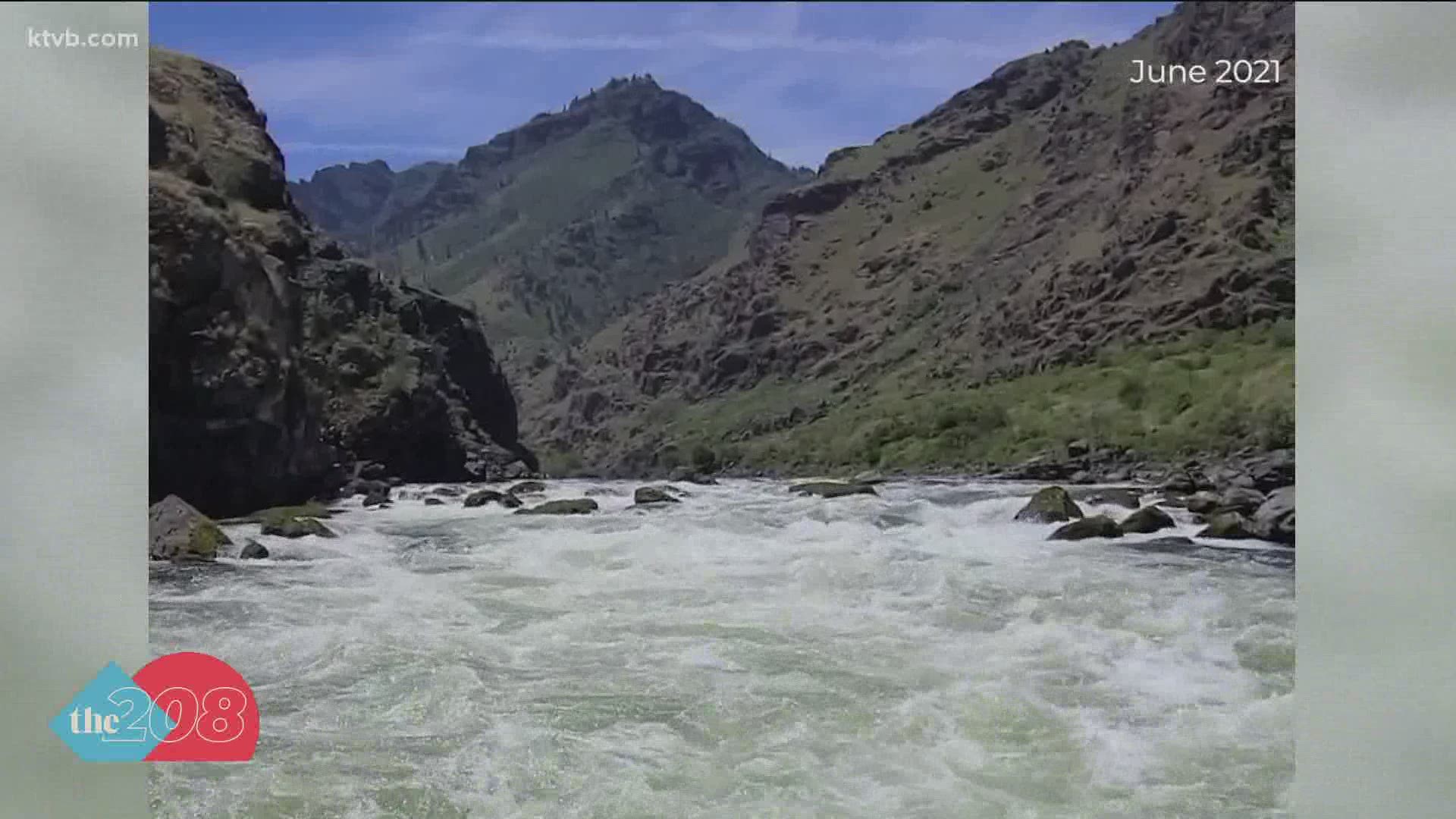 BOISE, Idaho — After a year of the coronavirus pandemic, many Idahoans are itching to enjoy a "normal" summer, which includes a whole gambit of outdoor activities, from hiking, fishing and camping. For those who need a thrill, taking a jet boat on the whitewater of Hells Canyon along the Snake River is hard to beat.

The typical jet boat season in Hells Canyon starts in May and runs through to the end of October. Last year, the COVID-19 pandemic cut that season short. Now, Killgore Adventures faces another challenge - the low water flows of the Snake River.

"It's a struggle and it's really frustrating cause everyone's here and ready to go. This is the biggest season we've ever seen on the books so people are wanting to go out," Kurt Killgore told The 208.

The owner of Killgore Adventures explained that the river normally flows between 20,000 and 50,000 cubic feet per second, which creates some of the class five rapids along the river. This year, the water flow has dropped to about 6,500 and nearly doubles to 15,000 cfs at night.

"To be honest, we're still adjusting. We're just following the water we're just catching the wave when it comes," Killgore said. "The problem is when they open it at the dam, it takes several hours to get down the river so there's a big-time delay."

Due to the low flow and when the dam opens up, Killgore told KTVB that he has had to shift boat launch times from 10 a.m. to 2 p.m.

"It's kind of like going to Yellowstone Park and telling you you can only go in there in the night, it's not very helpful so," he said.

According to Kresta Davis with Idaho Power, the dam's flow shift is caused in part due to the integration of solar power with the existing power grid. When dusk arrives, the solar power output drops so the Snake River Dam opens up to make up the difference.

"So our customer load, or our customer energy, in the summer, peaks in the evening and that hasn't changed but what has changed is solar generation has come onto the system," Davis explained.

With less of a need for hydroelectric power during the day, the dam's flow has changed compared to recent years.

While solar power has contributed to change in water flows through Hells Canyon, low water levels are also an area of concern for Idaho Power.

"We look upstream at the Snake River at Weiser," Davis said. "That's a really good indicator of what flow is coming to the Hells Canyon Complex and the Brownlee Reservoir in particular and it's running at 8,000 cubic feet per second, which is about a third of what we should see normally for this time of year."

The Hells Canyon Complex is Idaho Power's only area for water storage along the Snake River, which has a major impact on the water flow for the rest of the river.

Davis said trying to balance water flows for all stakeholders in the river has also been a challenge.

"We not only have the operators, we also have the recreation users in the reservoir and we have water quality components and we have all of these things that we're trying to take into consideration when we make these operational decisions," they said, "and I think water uses across the region are impacted by these low water conditions across the region and so we've absolutely emphasized the impacts on all water users."

However, this isn't Idaho's first drought, which is why Killgore said there could be a better process that would work for more users.

Idaho Power added that they had to let water flow earlier than normal due to a federal flow augmentation that is meant to help get salmon downstream.

Unfortunately, Idaho Power does not expect the current water flow levels to change anytime soon, so they suggest all river users communicate and follow their forecast flow monitors.