Sally Reed worked with Ruth Bader Ginsburg and Boise attorney Allen Derr in 1971 to declare discrimination on the basis of sex unconstitutional. 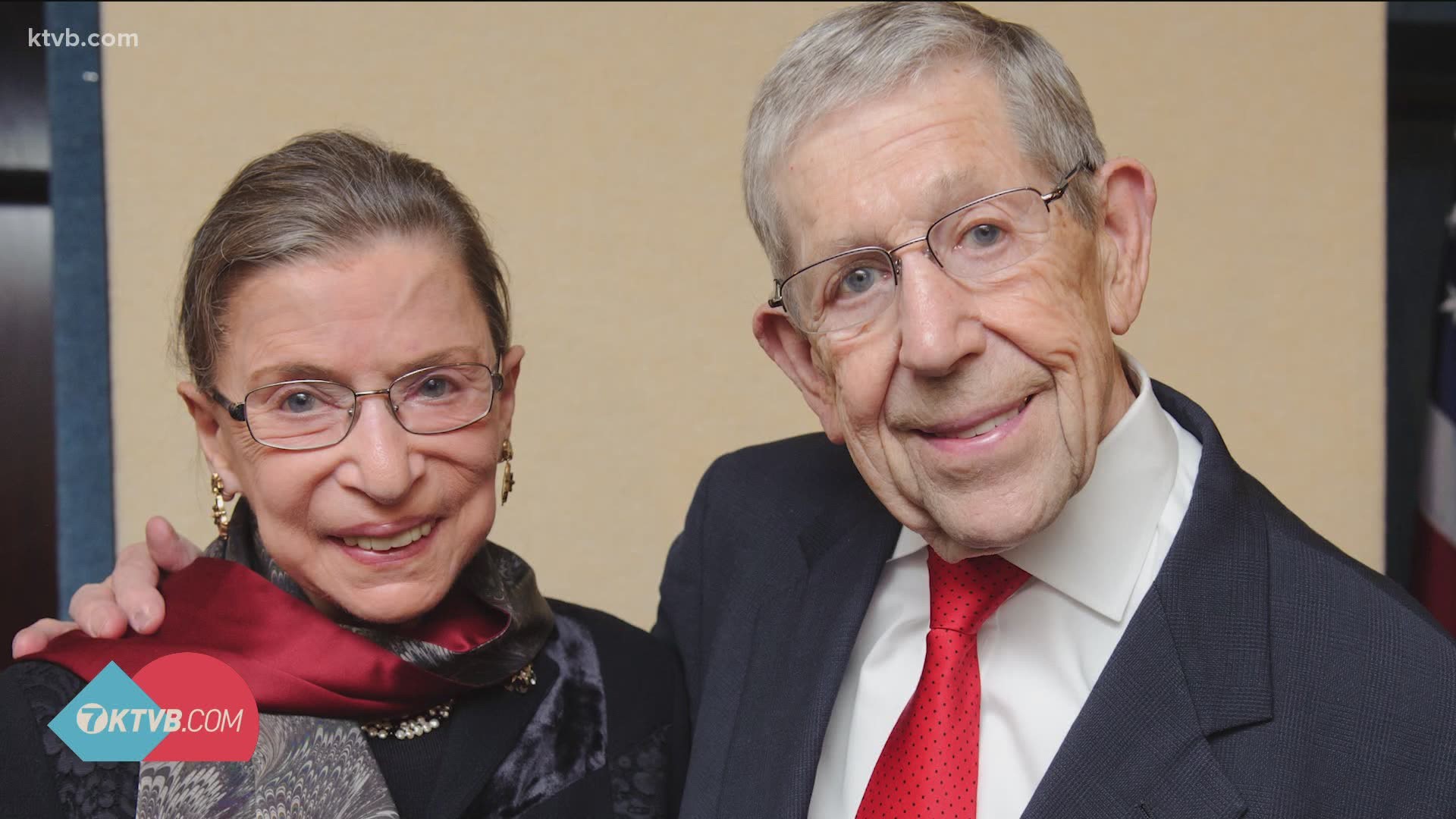 BOISE, Idaho — Long before Ruth Bader Ginsburg joined the Supreme Court in 1993, she was fighting for equal rights for women as a volunteer and lawyer for the American Civil Liberties Union (ACLU).

One of the first cases she worked on while with the ACLU was Reed v. Reed, a court case out of Boise.

In the late 1960s, Ginsburg was a law professor at Rutgers University and a volunteer lawyer for the ACLU. At that time, women's rights were the organization's top legal priority, and the case of Sally Reed caught their attention.

Reed lived in Boise and had separated from her husband. When their son passed away, both parents wanted to be the executor of his estate. However, Idaho law automatically appointed the father because he was a man.

Allen Derr, an attorney in Boise, took up Reed's case.

"The courts and the law at that time said, and I'm paraphrasing, but it said when both parties apply to administer an estate and are [of equal] competence, then the man must be preferred over the woman," Derr's widow Judy Peavey-Derr said in 2019.

Reed and Derr fought the case through every level of the courts without success. It eventually ended up at the Supreme Court in 1971.

Derr argued the case while Ginsburg was the principal author of the brief. Together, they were asking the Supreme Court to do something it had never done before: declare a law that discriminates on the basis of sex to be unconstitutional.

Derr didn't meet Ginsburg until the day the high court heard the case when she was seated in the audience.

"He said she was dynamite," Peavey-Derr said in 2019. "Ruth calls it her grandmother case. It's the one that started everything for her, in her opinion, in terms of women's equality."

The Supreme Court voted unanimously in favor of Reed, a landmark case for gender equality. It was the first time the high court would strike down a law for treating men and women differently.

A plaque located on Vista Avenue in Boise pays tribute to Reed and has become a small memorial for Ginsburg since her passing, remembering the two women who started a revolution for gender equality.

Ginsburg wasn't just about women's rights. She's quoted as saying she wanted to be part of a general human rights agenda.

In fact, one of the six cases she took as a lawyer before the Supreme Court was on behalf of men's rights. She argued the Social Security Act favored women over men because it granted certain benefits to widows, but not widowers. She won that case.

Ginsburg also left her mark on a more recent Idaho case, Little v. Reclaim Idaho from earlier this year. Reclaim Idaho wanted more time to gather electronic signatures for an education funding initiative for the November ballot, but the high court ruled in favor of Little and the state of Idaho.