The Boise School District said they're the "latest target of indoctrination task force," which was formed to fight the "scourge" of "critical race theory." 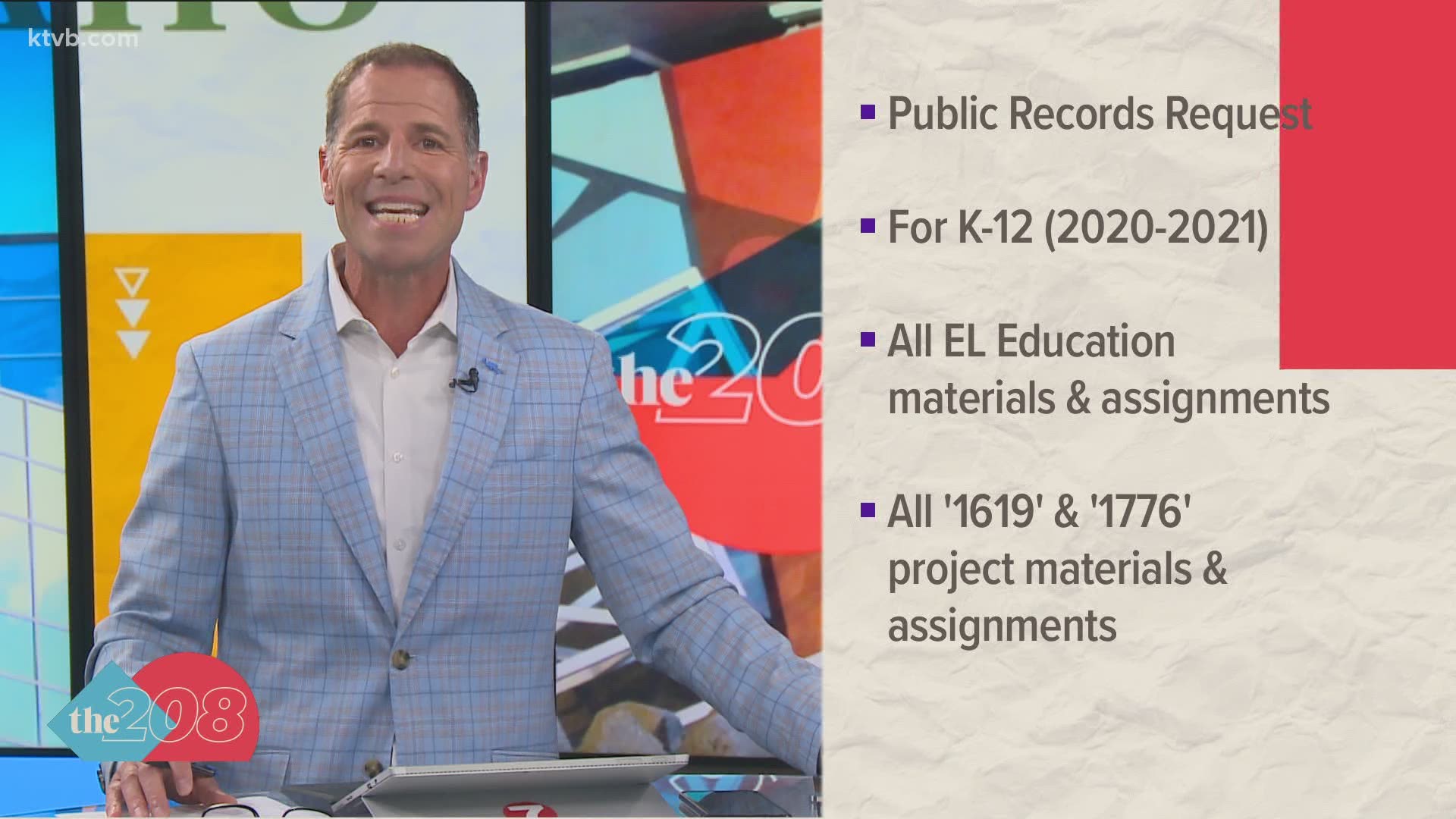 She also asked for daily assignments from the district's kindergarten through twelfth-grade teachers.

According to a statement by Boise School District spokesperson Dan Hollar, Giddings' request for assignments and curriculum could cost more than $155,000 in labor since the average hourly salary for a teacher is $43.60 and it would take thousands of hours to collect and catalog all of the documents used across the district's schools.

Giddings would have to pay the costs upfront if she wanted to move forward with her request.

In total, according to Hollar's statement, Giddings requested;

The Boise School District won't release education materials for AVID courses since they are considered trade secrets and the contract between AVID and the district "has both a clause in their contract with the District barring disclosure and informed us that their education materials are proprietary in this instance."

AVID, or Advancement Via Individual Determination, is an elective course for students and requires a parent's consent to enroll.

Hollar added that neither Nicole Hannah Jones' 1619 Project or the 1776 Project are used in the district's curriculum but any of the district's teachers are free to discuss controversial or political subjects, so it would cost more than $16,000 to have all 1,509 teachers, who are not under contract due to summer break, to review their materials for those projects.

Rep. Giddings' request for all educational materials used by the district's English Language Learner students included the curriculum in the students' general education. According to Hollar, that would require 757 teachers in 48 of the district's 50 schools to take two hours each to gather and share all of the documents, which would cost more than $121,000.

To order and digitize the more than 5,900 pages of documents already available on the district's English Learners courses, the district said that alone would cost about $820.

Giddings now has 180 days to appeal the denial of any requested records.

In an email to KTVB Tuesday, Hollar said Giddings responded and said she's willing to come to the district office to review the materials.

A spokesperson for the West Ada School District, the state's largest school district by student enrollment, told The 208 that they have not received a similar request.