In 1998, KTVB's Dee Sarton dug into the chain's humble beginnings in a growing Idaho city. 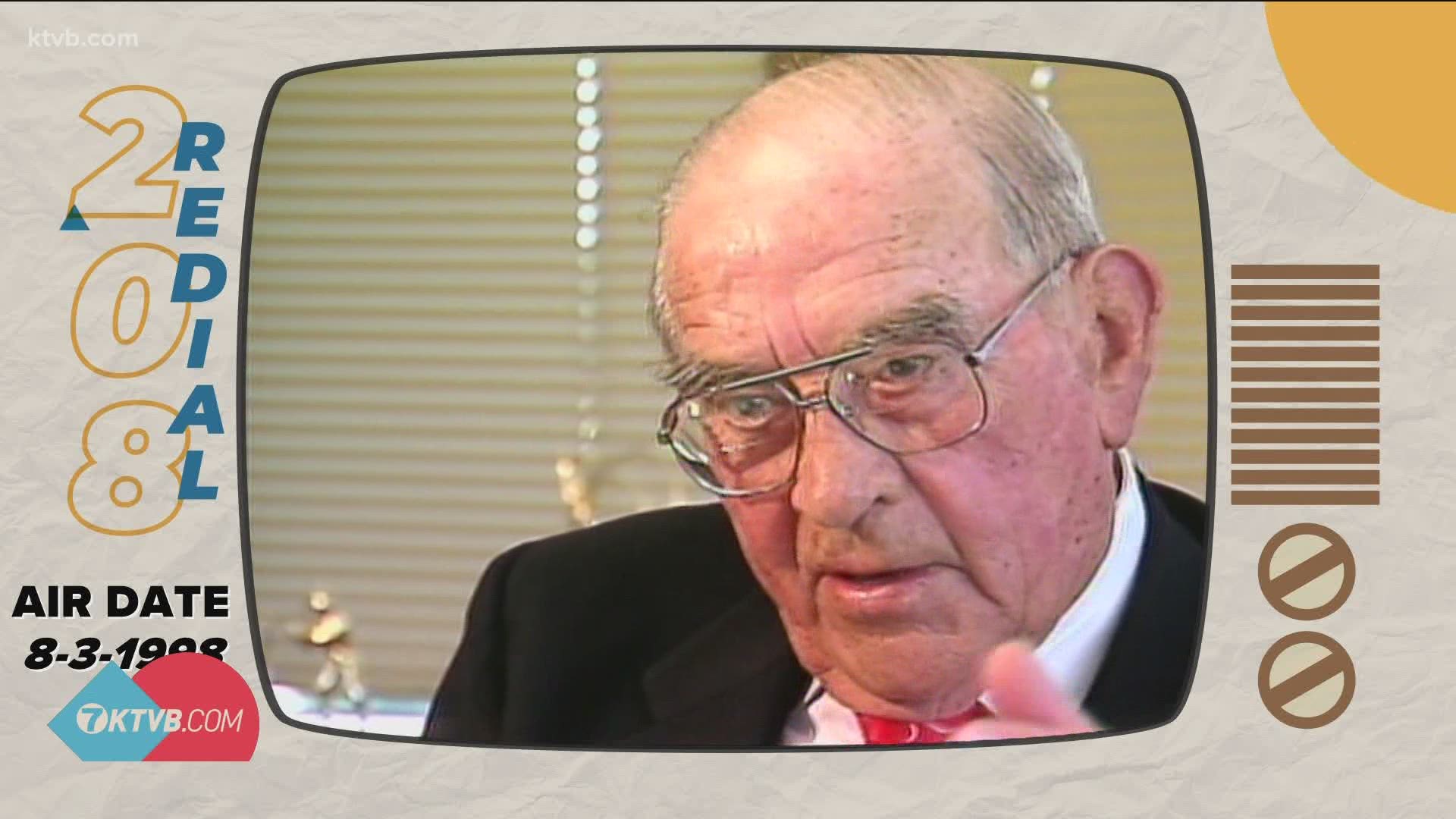 BOISE, Idaho — On July 21, 1939, Joe Albertson opened up his first grocery supermarket on the corner of 16th and State streets in downtown Boise. Eighty-two years later, Albertsons is the second-largest grocery store chain in North America.

Albertsons' original store was demolished and rebuilt in 1979. Now, a small brick monument stands on the property's northwest corner to honor the chain's beginnings.

In 1998, KTVB's Dee Sarton dug into the chain's humble beginnings in a growing Idaho city.

Joe Albertson opened his first grocery store with the help of two business partners. When the first Albertsons store opened in 1939, Boise's population was a quaint 25,000. Now, the City of Trees is home to more than 230,000 people.

At the time, the store offered new, unheard services, such as an in-house bakery and double-dipped ice cream cones for a nickel. However, behind every promise was Albertson's philosophy that he shared with KTVB before his death in 1993.

"Recognition. Carry it out to the car. 'Come back again.' Just a little sweet talk, but it's well accepted by the customer," he said.

Customers responded well to the sweet talk. By 1946, there were six Albertsons stores, with sales approaching $3 million. Albertsons became a publicly traded stock in 1959 and in 1964, the Boise-grown company opened its 100th location.

Albertsons' total sales reached $1 billion in 1975 and the company became the sixth-largest food-drug chain in the United States in 1989 with 497 stores.

Editor's Note: Watch the video above for the full story.