The Five Mile Cemetery, as it's called, is Meridian's oldest cemetery and was only active for three years, according to a city historian. 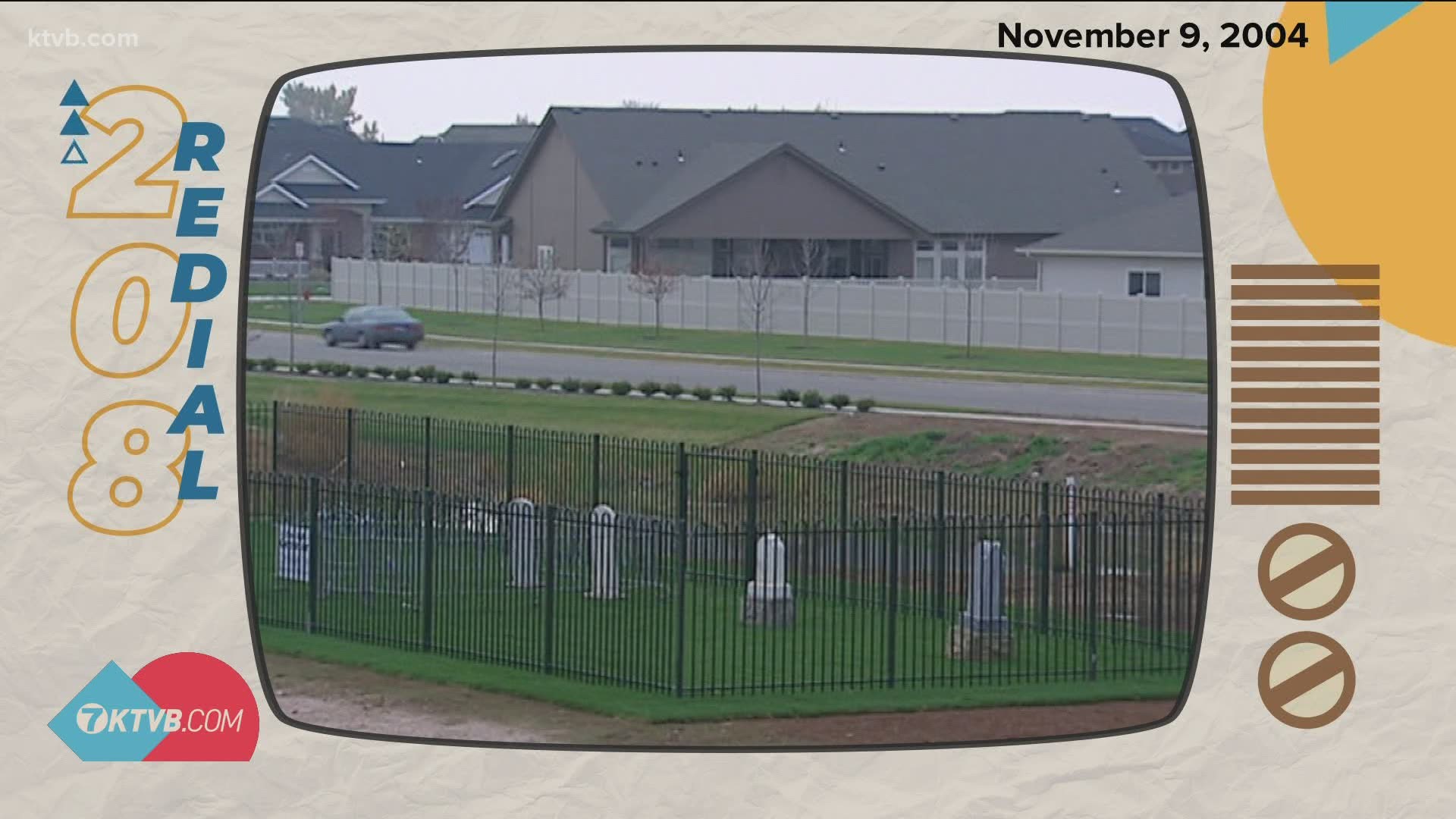 In 2004, then KTVB Idaho Life reporter Brian Holmes spoke with Lila Hill, a local historian who specializes in Meridian's history, to find out with the cemetery was situated in the middle of an up-and-coming neighborhood.

Hill explained that the graveyard is one of hundreds of pioneer cemeteries scattered across the Gem State.

The Five Mile Cemetery, as it's called, is Meridian's oldest cemetery, according to Hill. It was only used for three years and the headstones there have been largely untouched since then.

"Well, it was just a little plot that was set aside for burials in 1890," she said. "I can't tell you a lot about them at this point but on top of the stone there used to be a little lamb and it's broken off here."

In 2017, Hill won the Ada County Making History Award for contributions to the preservation of Meridian's history.

Among the hustle and bustle of Meridian's growing suburbs, the Five Mile Cemetery remains a peaceful final resting place for some of Idaho's first settlers.