208 Redial: The 84-year-old Boise horse trainer who got around by ATV

In 1999, former KTVB life reporter John Miller met a man by the name of Jake Molenaar, an 84-year-old retiree who was still training thoroughbred horses on his farm. 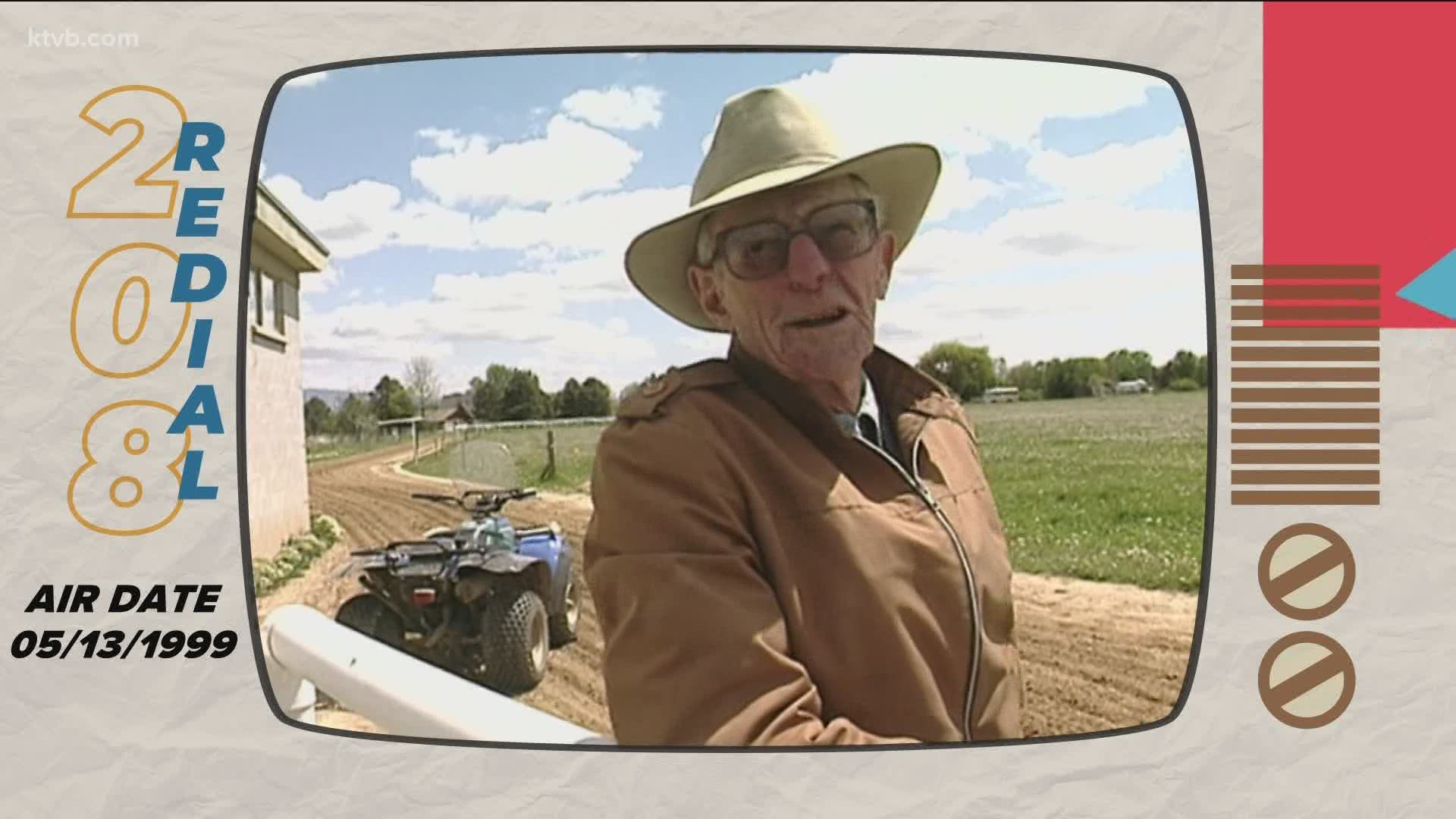 BOISE, Idaho — Before South Boise began exploding with new homes, it was a vast sea of farm property.

It was there that former KTVB life reporter John Miller met a man by the name of Jake Molenaar in 1999. The then-84-year-old retiree was still living on his farm and training thoroughbred horses.

At 84 years old, however, getting around wasn't as easy as it used to be.

Molenaar loved his job so much that he didn't want his age to be the reason he had to stop, so he got creative and found another way to still be able to blaze by in a cloud of dust amid thundering hooves.

Jake Molenaar loved to train his racehorses, so he built a track. Once his horses headed out one gate, he would head out the other.

Not many people can say they've seen an 84-year-old man chase down a thundering pack of thoroughbreds on the back of an ATV, but that's exactly what Molenaar did.

Molenaar passed away in 2008 at the age of 94. His family sold their farm property to the city of Boise in 1994. The site had a working farmhouse and outbuildings, which remained in use until 2012.

Molenaar Park opened to the public in 2017. Today, it's been transformed into a 20-acre park on South Maple Grove Road between Victory and Targee streets. It features a fully fenced, off-leash dog park, sports fields, fishing and open play areas.

Construction is set to begin next month on a new shelter and playground and construction on a new splash pad will start this winter, according to the City of Boise. The splash pad is expected to open next summer.