The Red Hot Mamas is made up of 10 zany, fun-loving, energetic entertainers and self-proclaimed opposition overcomers. 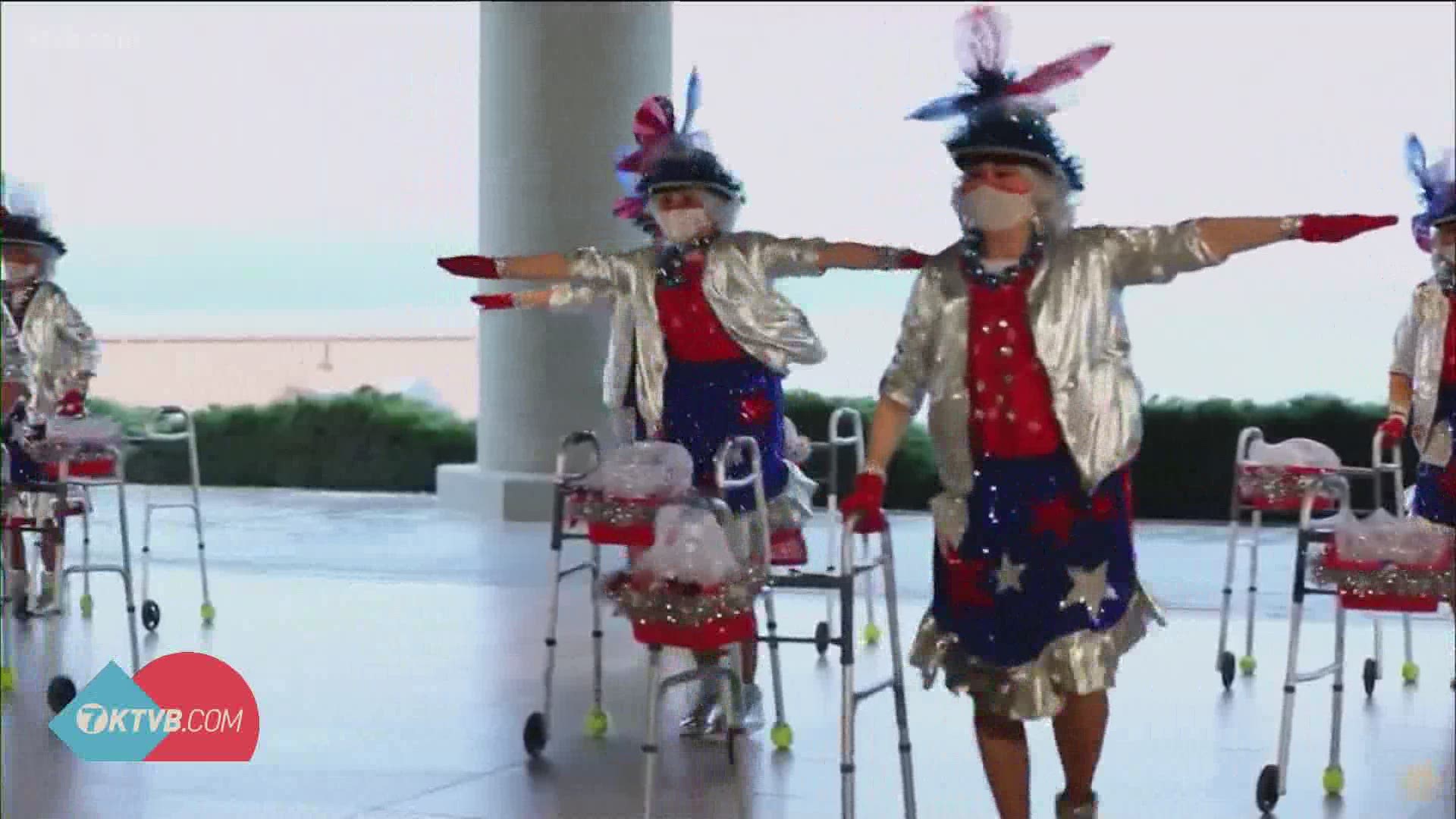 COEUR D'ALENE, Idaho — After President Biden took the oath of office on Wednesday, thousands of people participated in the traditional Inauguration Day parade, sans any spectators, while hundreds of others took part in a virtual Inauguration Day parade, which was meant to celebrate America's heroes, to highlight Americans from all walks of life, and to reflect on the resilience of our country.

Of the participants, 10 came from Idaho, including viral Tik Tok star Nathan Apodaca of Idaho Falls and the Red Hot Mamas of Coeur d'Alene.

The Red Hot Mamas is made up of 10 zany, fun-loving, energetic entertainers and self-proclaimed opposition overcomers.

72-year-old Mikki Stevens calls herself the Grand Poobah of the group.

"We just like to bring joy and laughter to people," Stevens said. "I've been doing this for 30 years. This is really a lifetime work of mine."

The Red Hot Mamas have danced in the Macy's Thanksgiving Day Parade, even two other presidential inaugurations.

This time around, Stevens said the group only had seven days to come up with a performance.

"Intense rehearsals, costumes, props, music, choreography, everything that normally we take a couple of months to do, in one week's time," Stevens said.

Stay positive, shine on, it's part of their motto. They often take that dancing message out into the community -- to bring a smile to those who need it the most.

"Whatever you give to others, comes back to you tenfold," Stevens said.

RELATED: Jennifer Lopez adds her own twist to 'This Land Is Your Land' at inauguration