The pandemic prevented Reclaim Idaho from getting signatures on their education funding petition. Now they are looking to use electronic signatures. 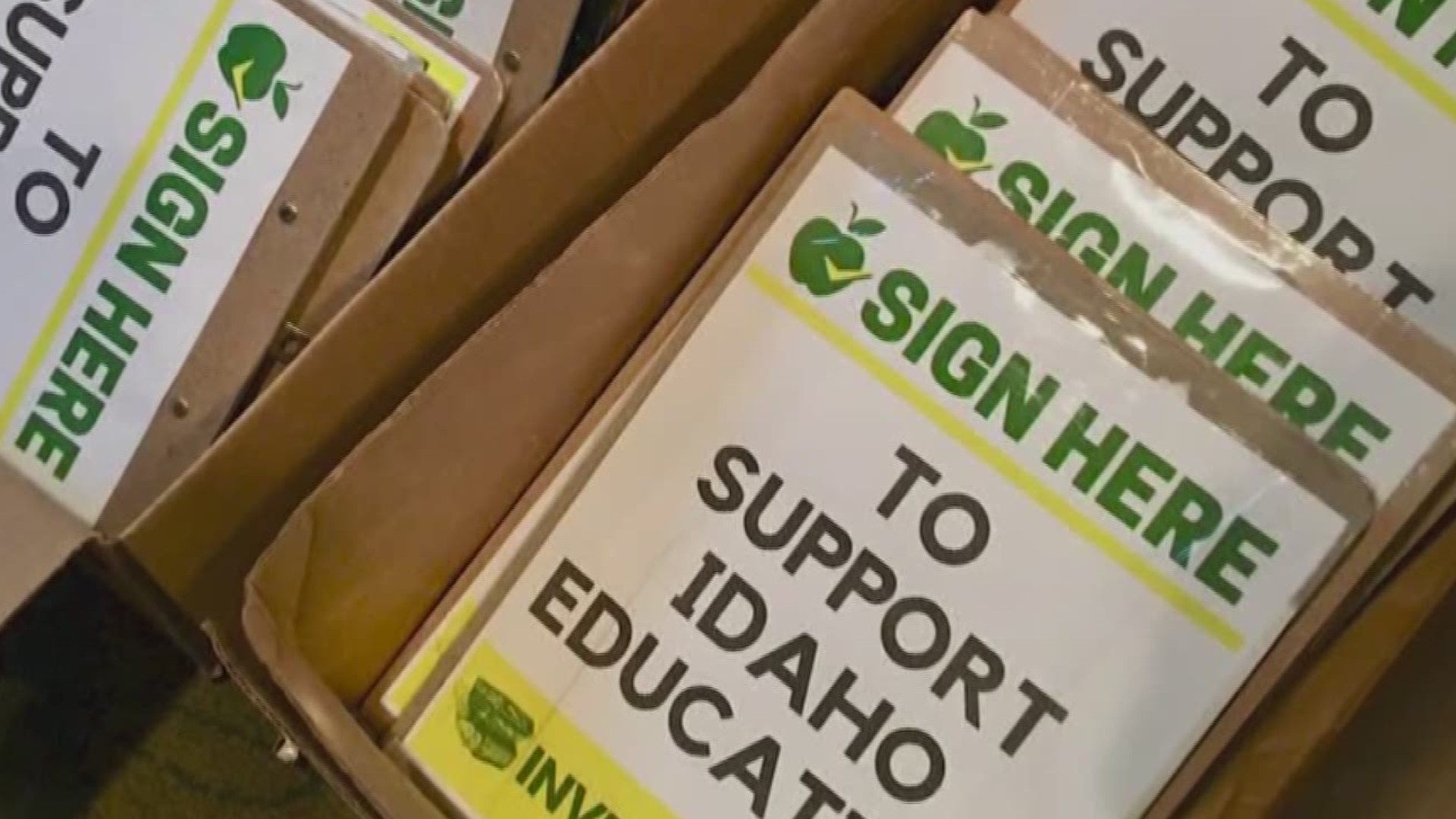 BOISE, Idaho — In the months leading up to the pandemic, Reclaim Idaho was hard at work on a statewide petition campaign asking voters to put a measure on the fall ballot to invest more in Idaho education.

In early March though the spread of coronavirus started to provide big challenges for the signature-gathering campaign.

“We started getting a flood of messages from volunteers saying, it’s really tragic but I don’t think I can keep collecting signatures under these conditions,” said Luke Mayville, Reclaim Idaho co-founder.

They tried to get creative, Mayville said, but quickly found that signature gathering during a pandemic was impractical.

That fact was frustrating because of how well the campaign was doing.

So they went to Gov. Brad Little to ask if he could act to allow electronic signature gathering.

So, Reclaim Idaho decided to take the issue to a courtroom, suing Little and Secretary of State Lawrence Denney. They have an expedited court date set for Tuesday, June 23.

“The state of Idaho ought to provide us a safe way to collect signatures,” Mayville said.

Reclaim Idaho's solution to the problem would be to use the service DocuSign to continue its campaign online.

He added that if they are allowed to get electronic signatures, they are not concerned about fraud.

“We are very confident that the kinds of signatures that we would collect through this online platform would be every bit as authentic and possibly even more authentic than traditional paper signatures," Mayville said.

An Idaho statute may help their case. Titled “Uniform Electronic Transactions Act,” the statute was passed in the early 2000s to legally recognize electronic signatures and documents.

A portion of the act says: “If a law requires a signature, an electronic signature satisfies the law.”

With that in mind though, the group is not trying to change the system permanently.

“We think that it’s perfectly reasonable to revert back to traditional paper signatures once the pandemic has receded,” Mayville said.

The lawsuit is also aimed at getting Reclaim Idaho more time to run their campaign.

Because of stay-home orders and general safety, Reclaim Idaho had to pack up their campaign 48 days before signatures were due on May 1.

So, they are looking to get that time back, 48 days.

KTVB reached out to discuss the case with Gov. Little's office, but they did not immediately respond for comment.