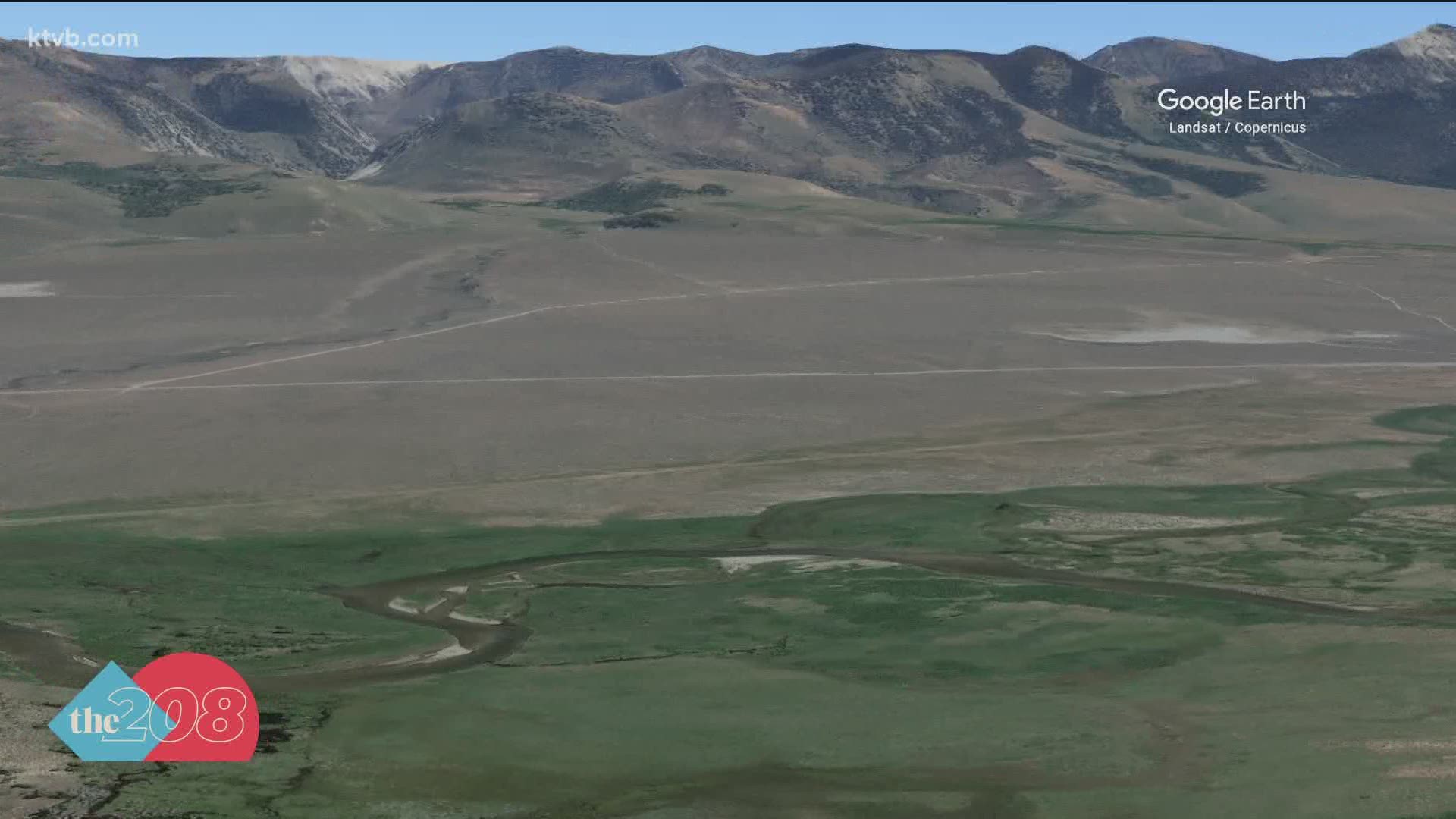 STANLEY, Idaho — There is a lot of local contention over a private airstrip in Custer County, which just so happens to be right in front of one of the most scenic and well-known areas of the state - the Sawtooth Mountains.

Custer County's Planning and Zoning Commission has heard more than 300 formal written complaints from locals and conservation groups, with some saying the owner of the property has been flying in and out of it for years and is just now asking for permission.

There are already two other airstrips nearby, one in Stanley and another at Smiley Creek.

There’s a big meeting in Challis tonight over the proposal.

“As neighbors, we expect the right to quiet enjoyment for our property which we are a couple, miles upon a mesa but we look down and we can see the activities,” Stewart Wilder said.

Wilder said Michael Boren bought property near his several years ago. It is located on the west side of the highway between Highway 75 and the Sawtooth Mountains.

“That property has a scenic easement against it that was purchased I think back in 1974,” Wilder said, “those easements are in place to limit developments on the property, especially anything west of the highway.”

According to the Sawtooth National Recreation Area, a scenic easement was purchased with $612,000 in public funds in 1974 which was intended to in part "protect the natural, scenic, historical, pastoral and fish and wildlife values, and to prevent any development that would tend to mar or detract from that "

“Over the past couple of years we have noticed the development of an airstrip,” he said, “we have seen a lot of air traffic coming in and out and we are now aware that there's a 6,000 square-foot aircraft hangar that's been developed on the property.”

Years after use, Boren is now seeking a conditional use permit from Custer County Planning and Zoning.

The application states in part:

"The owner of this ranch has multiple operating ranches in Idaho, and small aircraft form an integral part of the ranch management plan… there have been an average less than a handful of flights per week from this pasture… with no plans to increase that."

It also states that "official recognition allows for potential future use of search and rescue, life light and emergency landings… except for the rare instance of an emergency air ambulance flight, there will be no impact to any neighbors as there is no change in usage."

“The constant aircrafts that are coming and going and helicopters flying low, that kind of thing,” Wilder said, “it's, you know, there are two airports in the valley, there always have been and it’s never been a problem. There is no need for another airport, if you will, in the middle of the valley.”

The Sawtooth National Recreation Area sent a letter to planning and zoning in response to Mr. Boren's submittal saying in part:

"Certain airport facilities have already been constructed on the property. However, construction plans were not submitted to the U.S. Forest Service for review and have not been certified as compliant with the private land regulations."

“If people are doing things and following the rules and getting permits and meeting the ordinances and going through the proper channels and things are approved, you know that's great, but to try and skirt that process, is a big problem,” Wilder said. “I hope the commissioners of planning and zoning will take this seriously and not move forward on any kind of approval of a conditional use permit that had clearly not followed the rules. It jeopardizes the value of nature in the Sawtooth Valley and I think we are all involved in that.”

So what does Michael Boren have to say about all this? KTVB tried to reach out to him Thursday but we were not successful.

There is a public hearing in Challis tonight regarding the conditional use permit.