17-year-old Connor Richardson missed a day of school to witness the president's landing, while Angie Johnson brought her three children to the airport to watch. 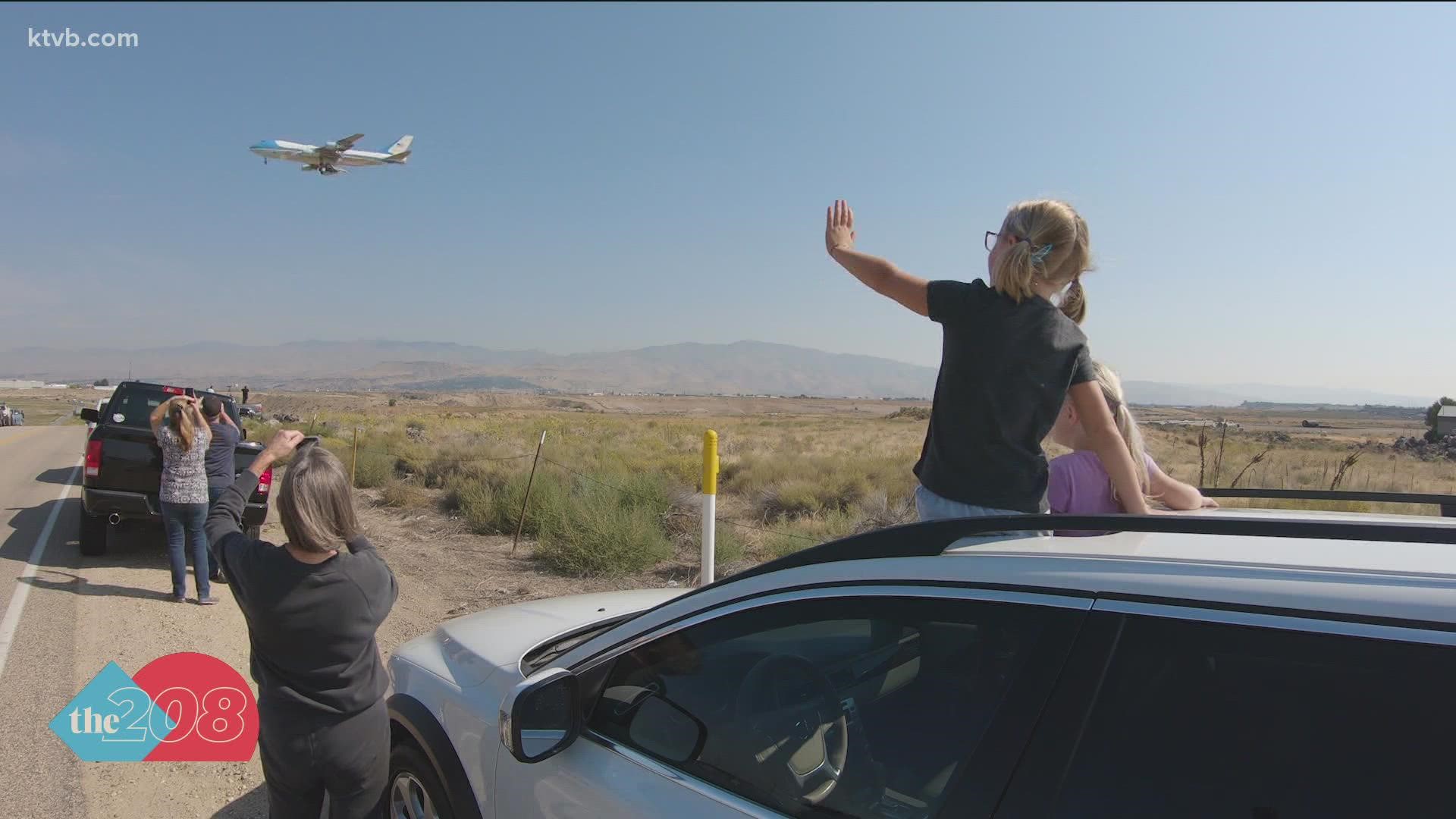 BOISE, Idaho — Two groups of people gathered around the Boise Airport on Monday to await the arrival of President Joe Biden. While one group was made up of protestors, another was made up of people who wanted to see Air Force One land on Idaho soil.

People began lining up outside the airport about two hours before Air Force One landed. Many there were excited to see the president and the aircraft that brought him to the Gem State.

Adults and children were present for the event and all were hoping to catch a glimpse of the president's aircraft.

17-year-old Connor Richardson missed a day of school to witness the president's landing, while Angie Johnson brought her three children to the airport to watch the landing.

Connor considers himself an admirer of all things aviation and loves taking pictures, so he thought the president's visit was the perfect way to enjoy both of those things at the same time.

About ten minutes before the president was expected to land, spectators witnessed a plane departing from the airport. It was at that moment they realized they were on the wrong side of the airport.

Everyone hurried to make the four-mile trek around Gowen Field to the other side of the airport. With moments to spare, the group was able to witness the president's arrival.

Biden came to Idaho in 2009 during his first term as the United States Vice President and again in 2019 during his presidential campaign. Monday's two-hour stop was the first time Air Force One has been on Idaho land since 2015 when then-President Barack Obama showed up for a speech at Boise State University.