"We kind of tried to create a real school for these kids that were missing out on going to real school," North End Prep owner and teacher Heather Hauser said. 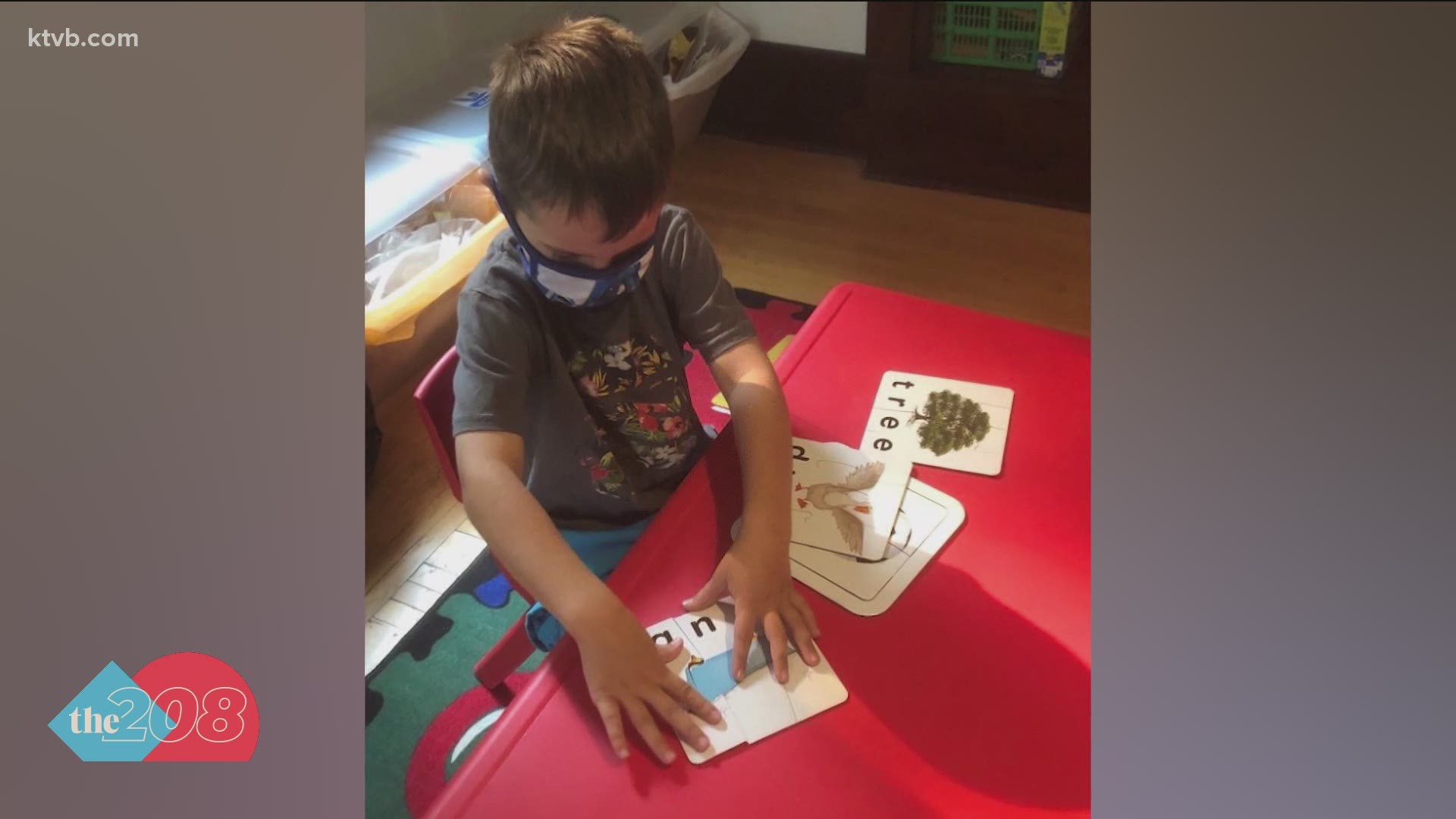 BOISE, Idaho — A local preschool teacher transformed her new school for young children into a "pod school," an area where students can safely gather together on a regular basis to get help with assignments and be with other students.

Heather Hauser wanted 2020 to be the year she followed her dreams: to teach preschool, to own her own business, and to be able to be there for her own children.

With four children of her own, she had little time to do anything but take care of them. When she began helping at her youngest's preschool, the idea of teaching full-time returned.

In addition to returning to teaching, Hauser signed a lease at a building in Boise's North End and planned to turn it into what is now North End Prep Preschool.

Two weeks after signing, however, the state of Idaho shut down due to the COVID-19 pandemic.

Hauser was unfazed and spent the summer stocking the school with early learning education tools and kids.

"As the summer went on, I had a class for two and three-year-olds and those parents slowly were like, 'You know what? Let's defer a year, we don't have to do this,'" she said.

More Idaho parents became nervous about sending their children to public school, concerning Hauser that her business would be stopped before it started.

However, there was a silver lining. When a group of parents suggested she transform the preschool into a "pod school," Hauser didn't hesitate.

"I decided on the pod school two weeks before school started, so I had to go out and buy desks and find teachers and build a library of older kid books," she said. "I was running around like crazy the last two weeks of summer trying to make this an elementary school in the afternoon and a preschool in the morning."

Fortunately, finding students to attend the school took a lot less time than putting it together.

"The easiest part was filling the school," Hauser explained. "I worked all summer to fill the preschool and I filled the pod school in 48 hours. It was full and I had a waitlist."

"It's really small. You get to know everything about them and you have time to listen to all their little stories and all the distractions that they cause," she said. "We kind of tried to create a real school for these kids that were missing out on going to real school."

Because North End Prep and the families have been strict about sticking to COVID-19 safety protocols, in and outside of school, students have been able to do activities like short field trips, Halloween parties, and play soccer together.

"It's actually been really fun," Hauser said. "It's fun to see the fourth-graders interact with the kindergarteners and they're really sweet and nice to them, they get along really well. It's been really fun, honestly."

Navigating the pandemic has been difficult for all teachers, including Hauser. Despite the obstacles, she feels this year has been as successful as she could have hoped for.