Portland artist brings the Payette River to downtown Boise: 'This is the biggest thing I’ve ever done'

The artist spends seven hours a day alone, hanging off the side of the Key Business Center to work on the massive project. 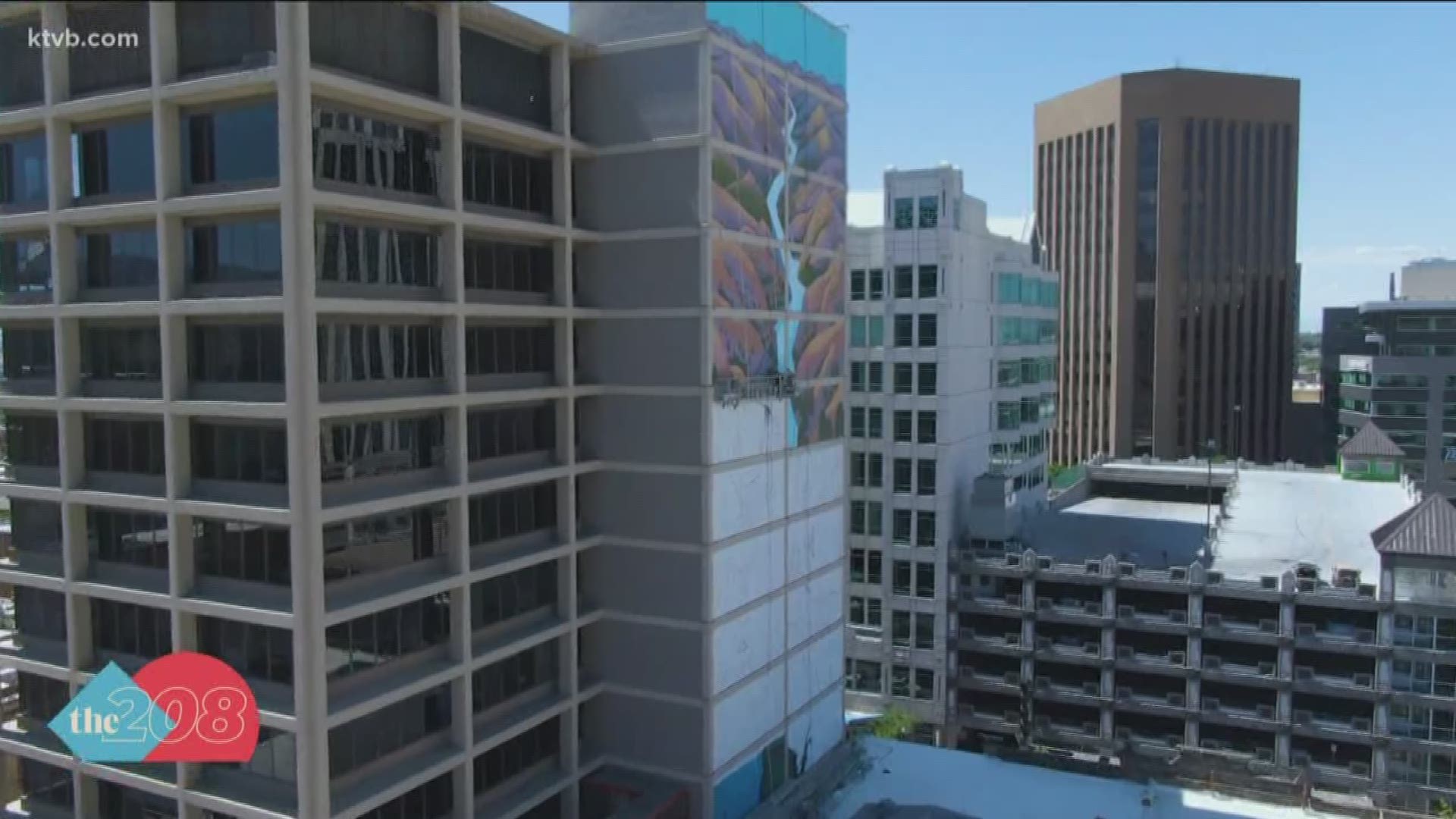 BOISE, Idaho — Downtown Boise isn't necessarily wanting when it comes to works of art. An empty wall will inevitably, and effectively, be filled with art, often with freakish flare.

The latest concrete canvas belongs to the Key Business Center and Portland artist David Carmack Lewis. For seven hours a day, he sits in solitude, suspended on a scaffold.

"I enjoy the process, so it’s almost like meditation just working," he said. "Sometimes just doing the work, I’m focused and my mind is just clear of thoughts and it’s kind of refreshing that way."

Carmack Lewis has also done the Water Cooler and Fowler Building murals in Boise, and each project has grown in scale since he started.

The mural is 6,500 square feet spread out across nearly two dozen panels of white-washed brick. This painting, provoked by Carmack Lewis's last time in Idaho when he saw the Payette River.

"It’s not a specific section of the river, but that was kind of the inspiration," he said. "I’m not really interested in just painting landscapes just for the sake of landscapes. I want there to be some other element that intrigues the viewer."

Carmack Lewis explained that element tends to be inserting something that hints at humanity without actually adding people.

"It’s a way of allowing the viewer to kind of insert themselves in the scene," he said. "So my work has always been kind of about describing these isolated moments that to me are profoundly powerful, you know, spaces for myself."

Isolation is a fitting motif, considering the times we find ourselves in, but Carmack Lewis said that's not always a bad thing.

"It can feel isolating if it’s forced but sometimes we seek it out, you know? And It’s more of a space of hope and wonder," he said. "I do it for me, I mean I do something I like and I can only hope that others enjoy it too, and for the most part people seem to so."

He gave himself six weeks and countless gallons of paint to finish the project.

"I’m not sure because the scale is just bigger than anything I’ve ever done before, so we’ll see," he said. "There’s a point where if I'm just fiddling with it, it’s done."

RELATED: Have inalienable rights been taken away from Idahoans due to COVID-19 crisis mitigation efforts?