Oregon man behind 'Greater Idaho' gets hearing in Idaho Statehouse

The president of Move Oregon's Borders told the committee that some Oregonians are willing to lose some of their freedoms granted under Oregon law to be in Idaho. 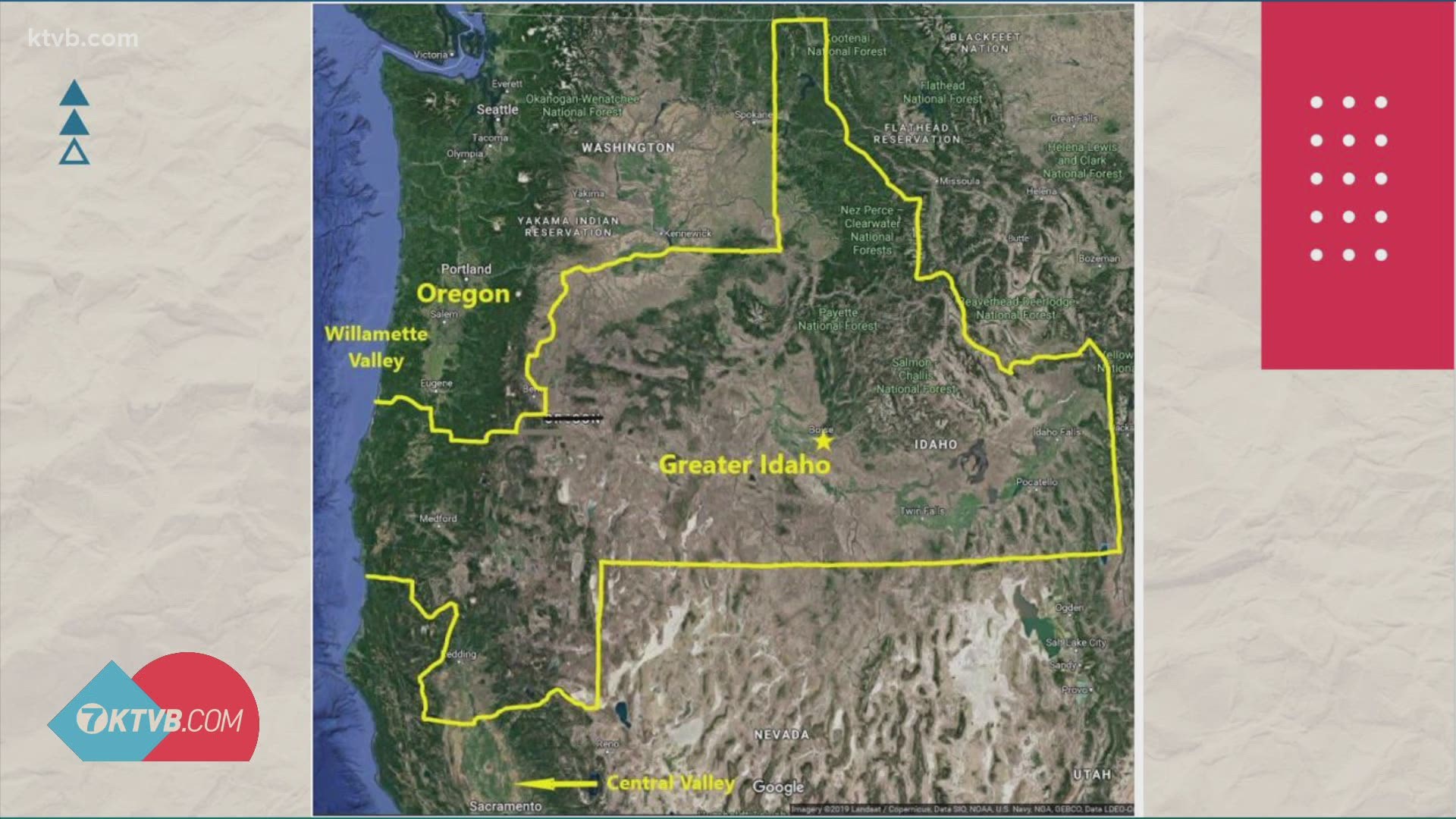 BOISE, Idaho — Comparing the meeting to a young suitor coming to plead their case to a would-be father-in-law, an Oregon man behind the plan that would move Idaho's borders into Oregon, California and Washington made his case to Gem State lawmakers on Monday.

Mike McCarter, the president of Move Oregon's Borders, first came up with his idea of 'Greater Idaho' over a year ago and it received its first official meeting on Monday.

He compared Oregon to being a young suitor asking Idaho to accept its case when he met with lawmakers during a joint meeting with the House and Senate Environment, Energy and Technology Committees.

McCarter told the committee that some Oregonians are willing to lose some of their freedoms granted under Oregon law.

"In a rally in Burns, Oregon, I had a gentleman come up to me and said, 'I have a problem with this because Idaho follows federal drug laws' and Oregon is pretty much wide open right now. But he came to me and he said 'I have to have this for my epilepsy, but I'm willing to give it up if we can become part of Idaho,'" he said. "There's a give and take situation that's going to have to come about for everything to work out. The minimum wage, sales tax, how land use works, how water use works. There's just a large number of items that need to be answered."

Should everything fall into place, he explained, Idaho's population would grow by 50% and be the third-largest state in terms of landmass.

So far, four Oregon counties have voted to approve the plan. Five others will vote on it next month and six others are still trying to get it on the ballot. To make it a reality, the group would all 19 counties to approve of it, plus portions of a few others. Then it would need both the Oregon and Idaho legislatures to pass it, and Congress would also give it the OK.