Dr. Shawn Sorenson says he understands concerns about House Bill 317, but explains that optometrists are qualified for an expanded scope of care. 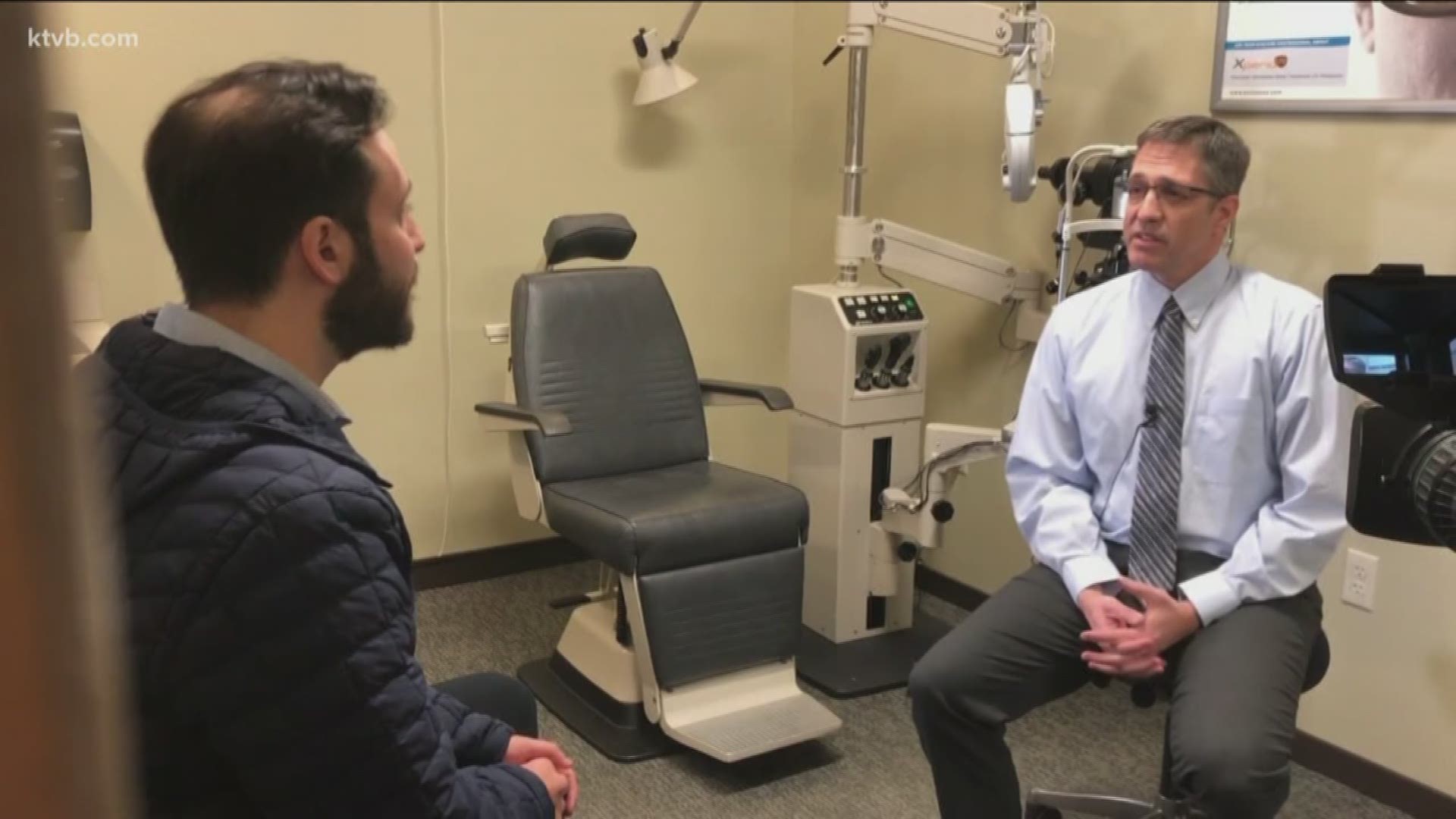 EAGLE, Idaho — Last week we told you about a bill in Idaho’s Statehouse that may blur the line between what an optometrist can do and what an ophthalmologist can do.

In short, House Bill 317 would expand the scope of what work optometrists are allowed to do in Idaho.

First, there are different types of eye doctors.

An optometrist is an eye doctor that examines, diagnoses, and treat eyes, they are not medical doctors, but instead have specialized training.

An ophthalmologist is a medical doctor that does medical and surgical care for eye conditions.

Last week's story focused on an ophthalmologist who had concerns about the bill.

Wednesday, we spoke with optometrist Dr. Shawn Sorenson with Eagle Vision One to get his view.

"As far as optometrists being prepared and skilled for this, I was actually trained and taught this back in school 20 years ago," Dr. Sorenson said.

Dr. Sorenson says contrary to what some say, optometrists are well qualified and trained to take have their scope of care expanded under a proposed bill.

He explains that House Bill 317 only adds three specific procedures to the list of what optometrists are allowed to do.

"These three procedures are in-office procedures, they are not done in a surgical center, they are done in an office exactly like we have," Dr. Sorenson explained.

Critics of the bill say it is too open ended and could allow optometrists to do things they aren't trained to do.

Dr. Sorenson says he understands that fear, but that the proposed legislation actually defines their scope more specifically.

"There is a complete list of restrictions that exclude the surgeries that we are not trained to do, LASIK, cataract surgery, retinal surgeries, injections into the eye all of those things are excluded from the law as it's written in HB 317,” Dr. Sorenson said.

As far as qualifications, no optometrists are not medical doctors, but Dr. Sorenson explains their years of training is in depth and hands on.

"We do four years of specialized studies specifically on the eye, both performing these types of procedures as well as comprehensive eye exams. Treating disease in the eye, glaucoma, diabetes, high blood pressure, all things we deal with on an ongoing basis," said Dr. Sorenson.

From firsthand experience, and looking at current curriculum around the country, he adds there are affidavits for all the schools stating that those three procedures are being taught

"They have to not only take those courses, they have to complete a national boards examination, that's basically a board specific test that not only test their ability and knowledge, but their skill level to prove that they can do these procedures," Dr. Sorenson said.

In addition, the bill outlines that optometrists also have to do five supervised procedures to further prove they are capable.

Ultimately though, Dr. Sorenson says if the bill passes, it will expand care options for Idahoans.

"In Idaho, currently we have 12 counties where ophthalmologists practice, but we have 38 counties were optometrists practice. So this allows people in our rural state to have closer access to the care to have these three procedures done," said Dr. Sorenson.