As the legend goes, inmates snuck a kitten into the prison in 1952 and he soon won over the hearts of the prisoners, guards and warden. 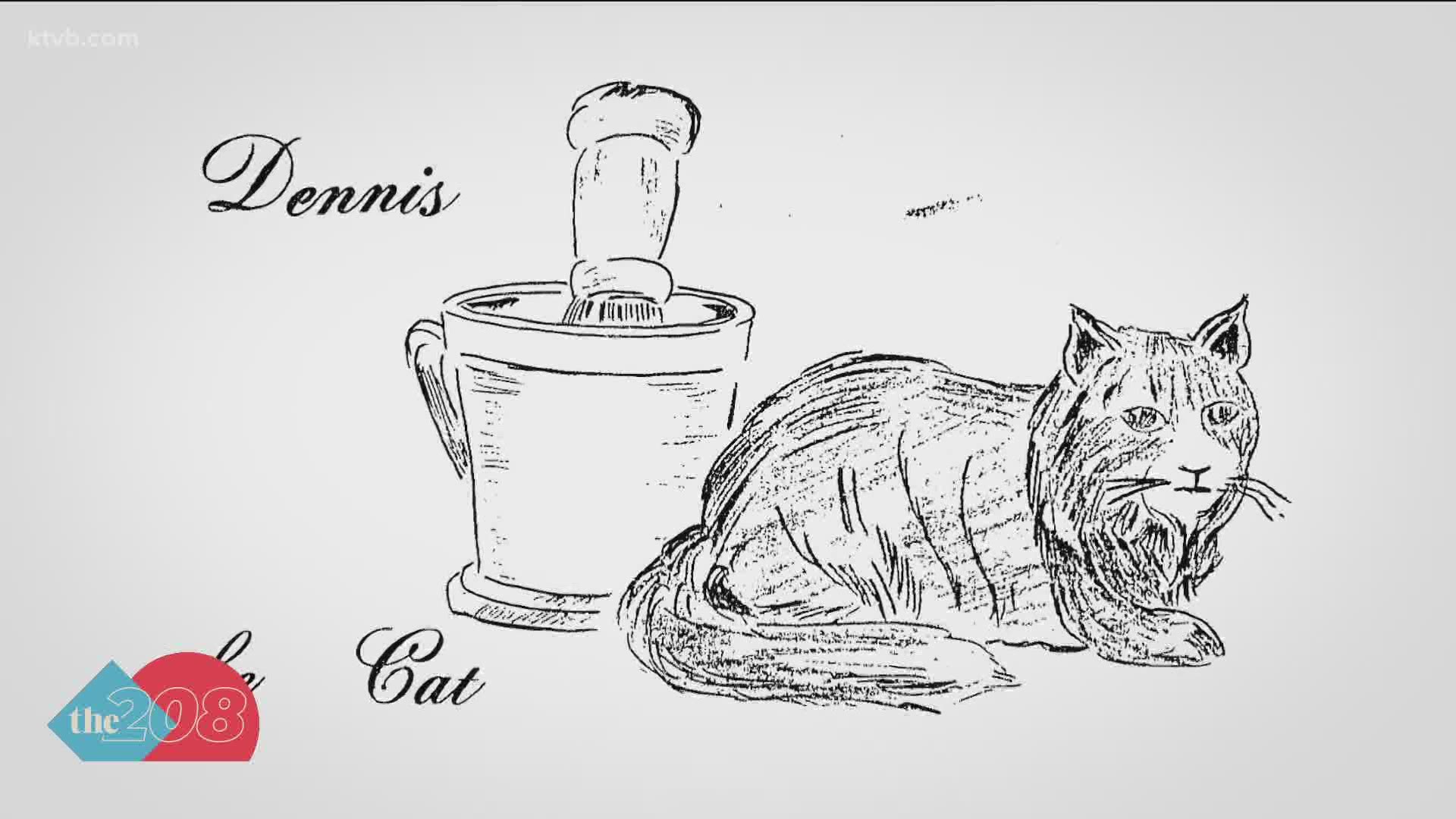 BOISE, Idaho — The Old Idaho Penitentiary in Boise was first built as the territorial prison in 1872 but it wasn't until 1952 when one of the prison's most well-known residents arrived - Dennis the Cat.

During the 1950s, the prison was still in use and was expanding, adding building number four and the maximum security building. Each of the buildings was built by inmates.

In 1952, as the story goes, an inmate came into the prison through gate two, the industrial part of the yard, carrying a box with a cat inside. The inmate passed it off to another inmate to hide the cat from guards, feeding it scraps. That cat was soon named Dennis the Cat. The prisoner who brought in the cat remains a mystery, but they were serving life in prison.

Legend has it that the cat was born at a nearby chicken farm on Memorial Day, which landed on May 30 that year, and was snuck into the prison a couple of weeks later.

For 16 years, Dennis the Cat was the official/unofficial pet of the prison.

It wasn't long until the warden caught wind of the cat, but they allowed the prisoners to keep the cat as long as the inmates could keep their cool. However, it took even less time for Dennis to win everyone over.

"You know, the guards became attached to him," Brian explained. "All of a sudden they're opening gates for him, letting him come and go as he pleases, which any other resident of the site would not be able to do."

Dennis wasn't the first cat that called the prison home but he was the first cool cat to do so.

"What makes Dennis so special is the fact that he was referred to more as a pet than a mouser," Brian said. "There's plenty of affection for all the other cats but Dennis was seen more of a comfort animal. He lived in the barbershop rather than the dining hall. He had a bed on the barbershop counter and he was also known as someone who really attached to the life-termers."

As the legend goes, Dennis lived at the old state pen from May 30, 1952, to May 30, 1968. When he passed, he was given a full-service funeral in the prison's cemetery, which was mostly a potter's field for inmates who weren't claimed by family.

However, the prisoners made it a point that Dennis was claimed and had a family. Dennis the Cat has the only marked grave at the old pen.

The prison newspaper reported that there wasn't a dry eye in the yard that day.

Sixty-nine years after he was born, the Old Idaho Penitentiary continues to celebrate Dennis's birthday on May 30.

"It is an example of the shared humanity of the folks who were here," Brian said, "and the compassion that is demonstrated by people experiencing most likely the worst period of their lives."

From noon to 5 p.m. on May 30, the old state pen is holding Dennis the Cat Day, which will have presentations on the prison's feline inmate every half hour, food trucks and a prison paws scavenger hunt. Tickets cost $8 for adults, $6 for seniors and $5 for kids.

The cost of admission for the presentations is donations of unopened pet food that will go towards the Idaho Humane Society and Simply Cats.