In all, 216 women were numbered and had their mugshot taken at the Old Idaho Penitentiary from 1887 to 1968. 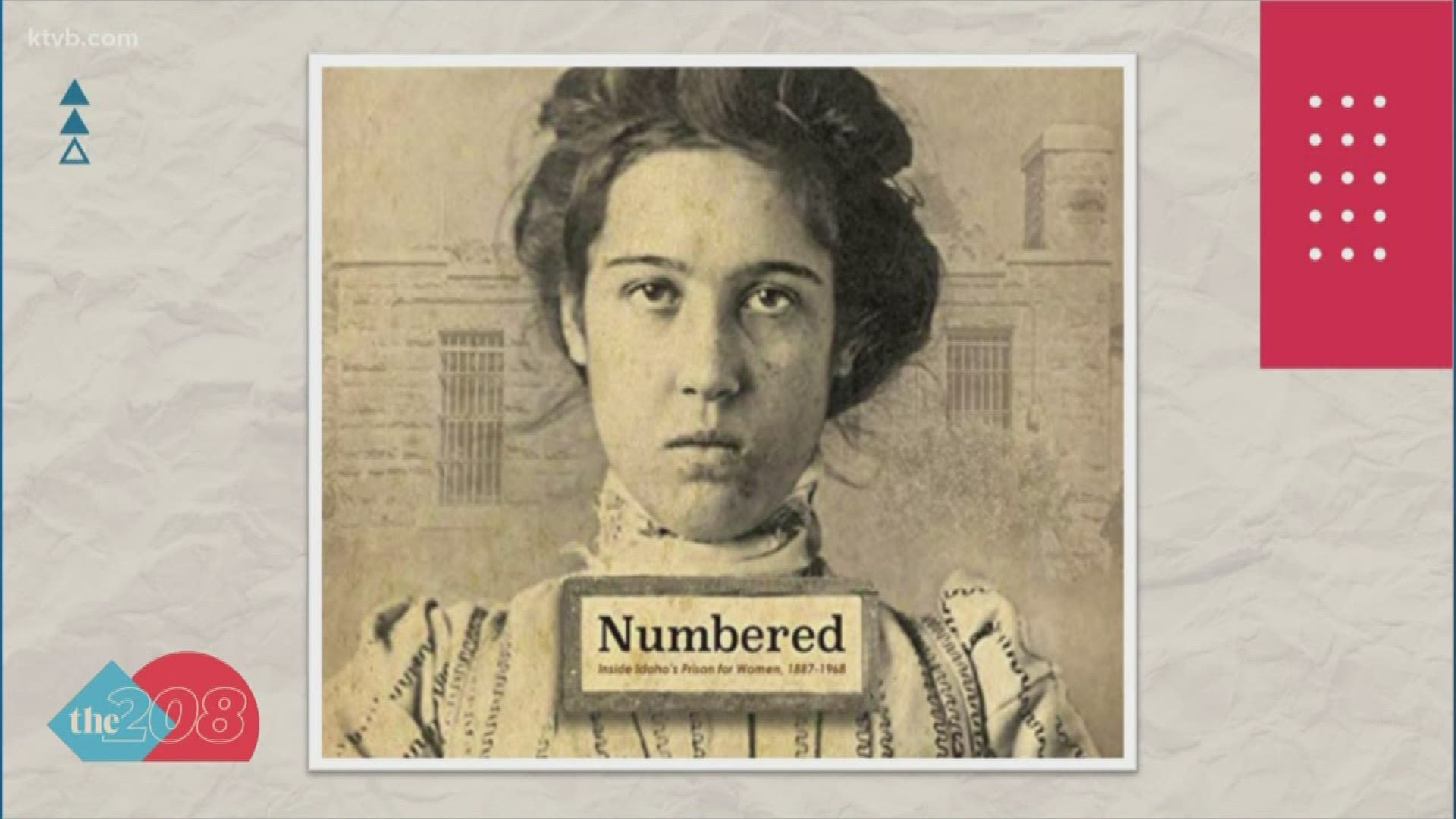 BOISE, Idaho — A 17-foot sandstone wall encircles the women's ward at the Old Idaho Penitentiary in Boise, but that isn't tall enough to contain the history of the women once incarcerated here.

In all, 216 women were numbered and had their mugshot taken at the Old Idaho Penitentiary from 1887 to 1968.

"Some of these women came as single mothers, obviously some of them had not adapted well to society, they didn't have jobs," said Amber Beierle, an administrator at the Old Pen and co-editor of Numbered: Inside Idaho's Prison for Women, 1887-1968. "The most common crime for women was forgery."

"When you have an entire system that was created around how you deal with men committing these crimes, it changed the game," Beierle said. "They just didn't know, there was always this problem of what to do with women."

So what was life like as a female inmate inside the Old Pen for women arrested and convicted of a crime?

"There were just a lot of unknowns," Beierle said. "All correctional facilities were designed for men. The crimes were really designed with, not women in mind. It was thought that men were committing these crimes, women don't commit crimes."

Numbered: Inside Idaho's Prison for Women, 1887-1968 tells the stories of the women who did.

"Josie Kensler was one of the first women housed here," Beierle said. "And she was one of the reasons. A major controversy. She became pregnant while incarcerated."

At 24, Kensler was convicted, along with her lover, for killing her husband in Elmore County in 1897.

At the time, Idaho was one of only three states without a separate cell block for women. But Kensler's claim that a guard impregnated her spurred the creation of separate facilities in 1906. The formal women's ward with seven tiny double-occupancy cells and a concrete dayroom was completed in 1920.

29-year-old Lyda Southard was imprisoned longer than any other female inmate, serving nearly 20 years for poisoning her husband with an arsenic apple pie in 1921.

Dubbed 'Lady Bluebeard,' the housewife from Twin Falls was nationally infamous for her antics. She once escaped using a hacksaw and was on the run for about a year before authorities found her in Kansas.

Then there was Alta McGee, who served three months for shooting at her estranged husband in a crowd in downtown Boise in 1908. The 36-year-old rented a carriage with a friend and searched downtown Boise for her womanizing husband, finally finding him in the area that is now City Hall. It was one of Boise's first drive-by shootings.

All too often, the female inmates housed here were women without means. Without a man to provide financial support, a majority of these women committed crimes like forgery, robbery, and prostitution.

Helen Hall was imprisoned in 1932 for running "a house of ill fame" in the city of Salmon. Prosecutors thought her orange-colored eyes were a signal of debauchery.

RELATED: History experts and Boise State students dig up the past at Old Idaho Penitentiary

Today, poverty and poor education continue to cripple 79% of women in prisons and jails.

But in the era of the Old Pen, six inmates were the most admitted in any one year before the crime wave of the Great Depression.

Today, Beierle says, Idaho ranks fifth in the nation per capita in females incarcerated. The state's population of female offenders is growing at double the rate for men.

"We really try to dive into the beginnings of what they did, what worked, and what didn't and when you have a society where we're creating the laws around what we would do with men, then how can you create a system that works and functions for women?" Beierle said.

The women's ward eventually shut down in 1968 over overcrowding issues and health concerns.

"That's how history is essential. That we have to go back and look at these issues with women and how it affected them then and then we can understand why we're in the place we are, why some things haven't changed, why some things have," she said. "Because there is an acknowledgment that some things have gotten better, but we still have a long ways to go."

"The impetuous for this was the Idaho Women 100, the celebration of women getting the right to vote and really what we thought here was let's explore what happens when your rights are taken away, exploring what it meant for women in that time and then how things have changed and how some things haven't progressed."

The book is available for purchase at the Old Idaho Penitentiary and at Rediscovered Books.

RELATED: 'They became beloved members of their community': Black couple credited with founding Deary, Idaho in the early 1900s