Not enough soap in all of Ada County: What is now Boise's Collister neighborhood was once deemed uninhabitable

In the late 1800s and early 1900s, a so-called 'poor farm' provided a refuge for the local indigent population. That is until it was shut down by a health inspector. 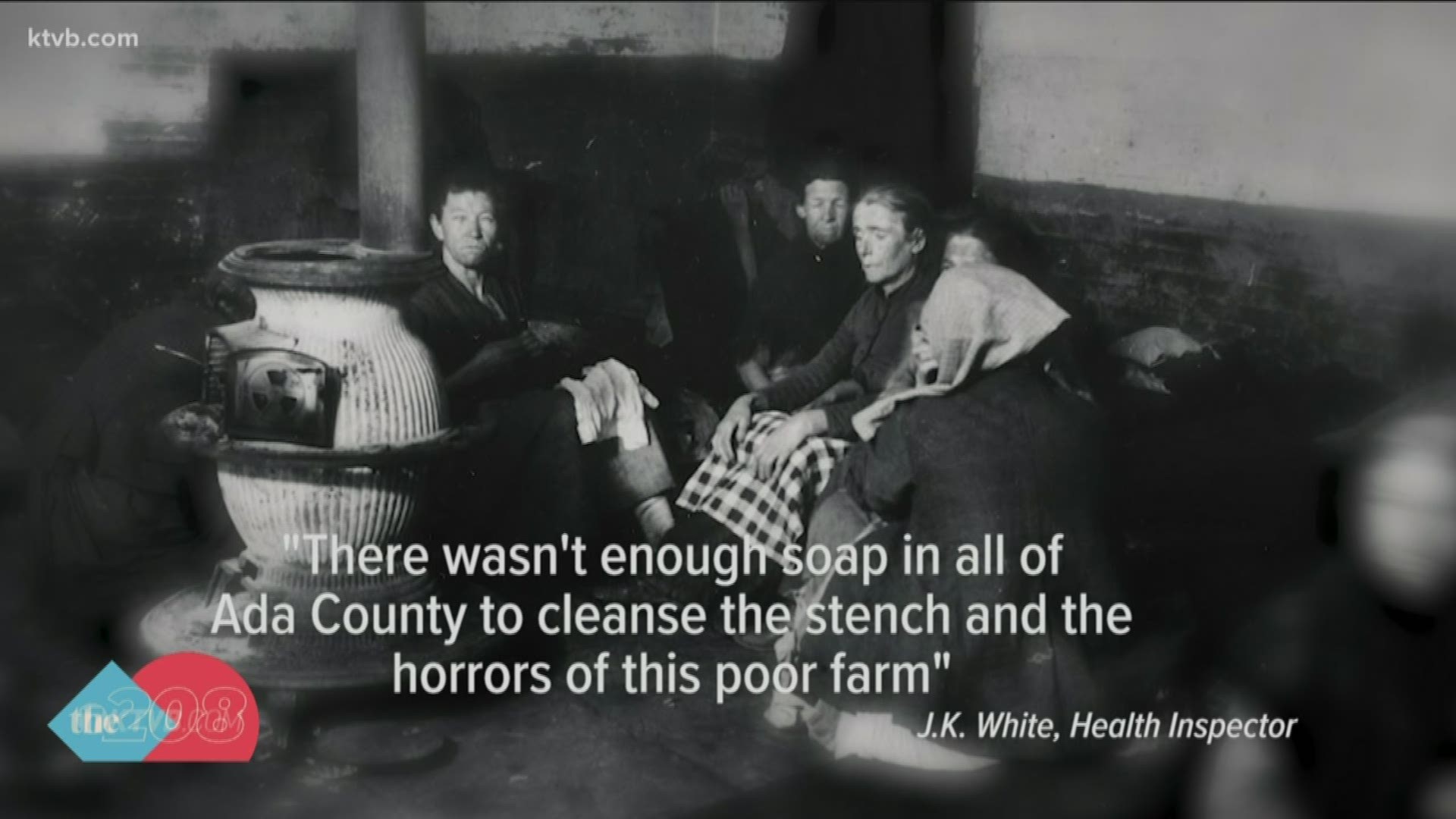 BOISE, Idaho — Nestled at the base of the Foothills on the outskirts of Boise's historic North End sits the Collister neighborhood.

From the 1970s- and '80s-style homes to modern, sleek single-family homes, Collister has become one of the most sought-after neighborhoods in Boise.

But it wasn't always that way. In fact, it was once considered uninhabitable.

On the site of what is now Cynthia Mann Elementary School was once a so-called "poor farm."

"The landscape was just littered with all these mysterious things," explained Dr. Todd Shallat, an author and professor emeritus at Boise State University. "But also, things that just made me scratch my head."

But it was a quote from a health inspector that caught Shallat's attention.

"'There wasn't enough soap in all of Ada County to cleanse the stench and the horrors of this poor farm,'" Shallat said, reading the quote. "And that's what the state inspectors found when they stumbled upon it in 1915."

It seems before Idaho was even a state, it had a contract to care for its indigent population. So in 1883, Ada County purchased 160 acres along the Union Canal from John Hailey for $5,000.

If that name sounds familiar, it's because he now has a town in the Wood River Valley named after him.

For decades, Boise's poor farm was a model for social progress. The "inmates," as they were called, would work the land and grow hay.

"Originally the idea was these are poor people who would just need a temporary place to stay," Shallat said. "But what it evolved into over the years was basically just a home for indigent older people, mostly men. And mostly people who were way too crippled up to work."

Many of the residents of the farm suffered from mental illness, which prompted that visit from the health inspector.

"Who in 1915 was just shocked to come out here and see the conditions of this poor farm." Shallat explained.

The inspector deemed the farm uninhabitable and shut it down. Urban sprawl soon spread over the land, almost completely concealing the story of Ada County's poor farm.

For more forgotten stories of the Treasure Valley - like about a graveyard, a gold mine, and a prison camp, just to name a few, check out Shallot's book "The Other Idahoans."

RELATED: Get to know Idaho: Who was 'Beaver Dick' and why are there historical markers for him?

RELATED: Get to know Idaho: How did Lucky Peak get its name?