'You've got to make sure you've got potatoes at home to feed your family': Idaho potato farmers share challenges amid coronavirus pandemic

August 19 is National Potato Day, and for some Idaho potato farmers, the cause for celebration is creating revenue in a global pandemic. 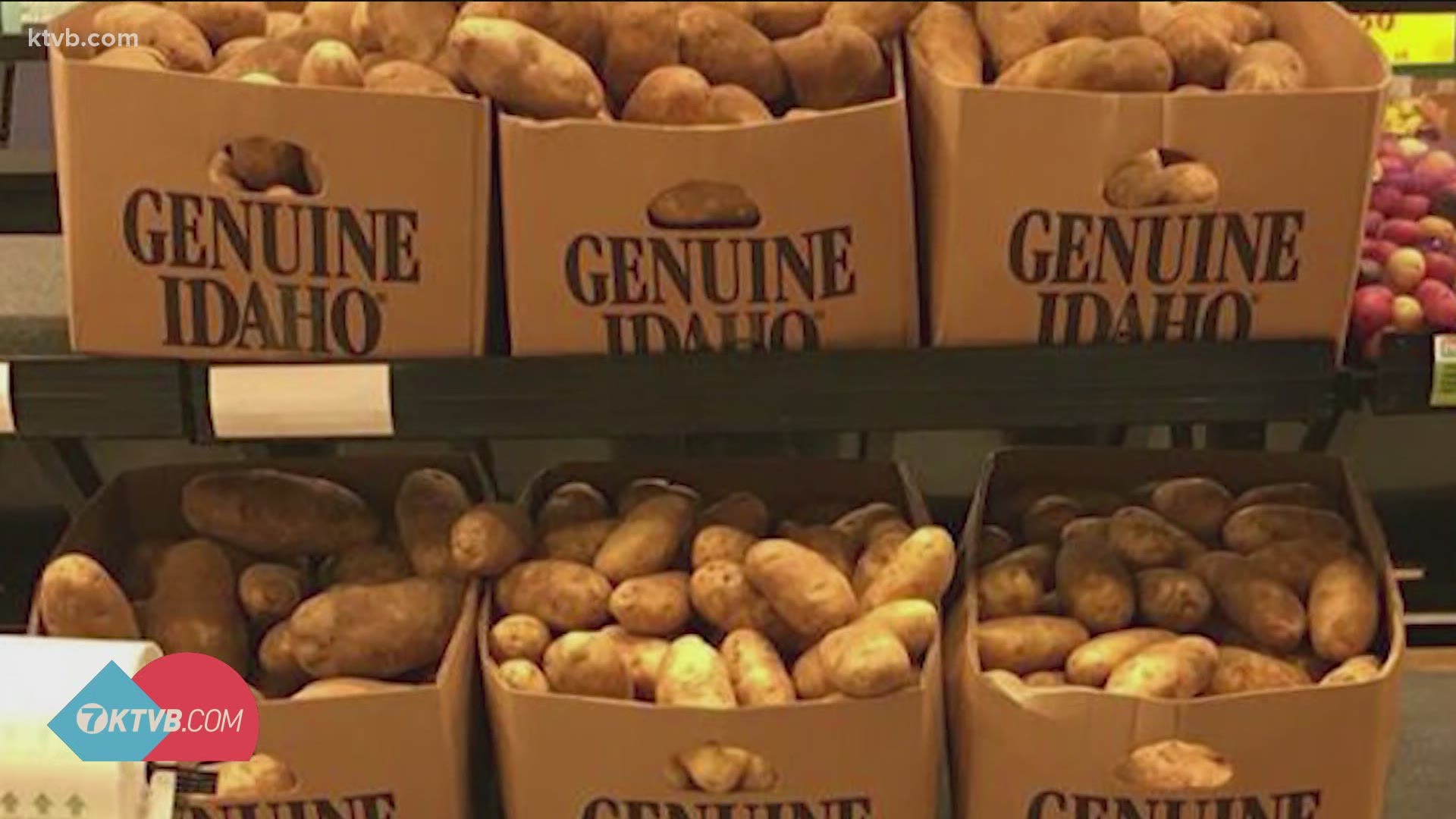 BOISE, Idaho — Wednesday is National Potato Day, but on a day that celebrates potatoes and those who grow them, the day is less than exciting this year.

The COVID-19 pandemic has had a substantial impact on Idaho potato farmers. About six months ago when the pandemic first hit, it had a major impact on agriculture, particularly on potatoes.

When Idaho Gov. Brad Little issued the statewide stay at home order in early March, most restaurants in Idaho were forced to shut down. Not long before, other states across the country shut down their restaurants as well.

The sudden closing of thousands of restaurants had a significant impact on the Idaho Potato Commission.

"About 60% of our crop is food service.," Frank Muir, president and CEO of Idaho Potato Commission, said. "If you can imagine all of a sudden, overnight, shutting down 60% of your business, that's what we were faced with six months ago."

The industry immediately responded by trying to move as much of the crop that would normally go to foodservice over to retail locations, a change that did not come easy.

"Retail is primarily going into a loose pack or in bags you see at retail in the produce sections," Muir said. "In foodservice, it's going as either frozen french fries, other frozen products or it's going into 50-pound cartons."

Retailers were not used to receiving 50-pound boxes of potatoes, meaning display space was very limited.

However, thanks to the infamous toilet paper, canned good and non-perishable shortage in the infancy of the COVID-19 pandemic, Muir quickly developed an idea.

"We showed them how if you put them right on your empty shelves, you take the lid off, and you have an instant display," Muir said.

Muir's idea worked. Americans took to potatoes almost as much as they did toilet paper during the first few months of the pandemic. In fact, more potatoes were being shipped in that time than are typically shipped during Thanksgiving week.

"The shelves were empty.  Around the country, you couldn't find toilet paper and you couldn't find potatoes," Muir said. "I guess what it really proves is when push comes to shove and things get serious, you've got to make sure you've got potatoes at home to feed your family."

Places like Costco and Sam's Club were feeding the demand with 1,000-pound displays of Idaho potatoes.

While it may not make up for the entirety of revenue lost, it has helped put a dent in that deficit, especially as prices remain strong as we head into the later part of the year.

Current inventory from last year's crop, meaning the total amount of potatoes still in storage, is slightly lower than last year. A bit of good news as growers will start harvesting this year's crop in the coming weeks.

"As we come out of this crazy year, what could have been a disaster, there's been a lot of creativity to help mitigate that," Muir said.

Nearly six months after COVID-19 shut down a majority of the foodservice industry, Muir said french fries are back in high demand, especially at quick-service restaurants with drive-thrus.

Muir says Chick-fil-A has moved up from number four to number two behind McDonald's in the fast-food industry because they've learned how to handle long lines efficiently during the pandemic.