Gabriel Rench was arrested by Moscow police last September during what Christ Church called a "Psalm-sing" outside of city hall. 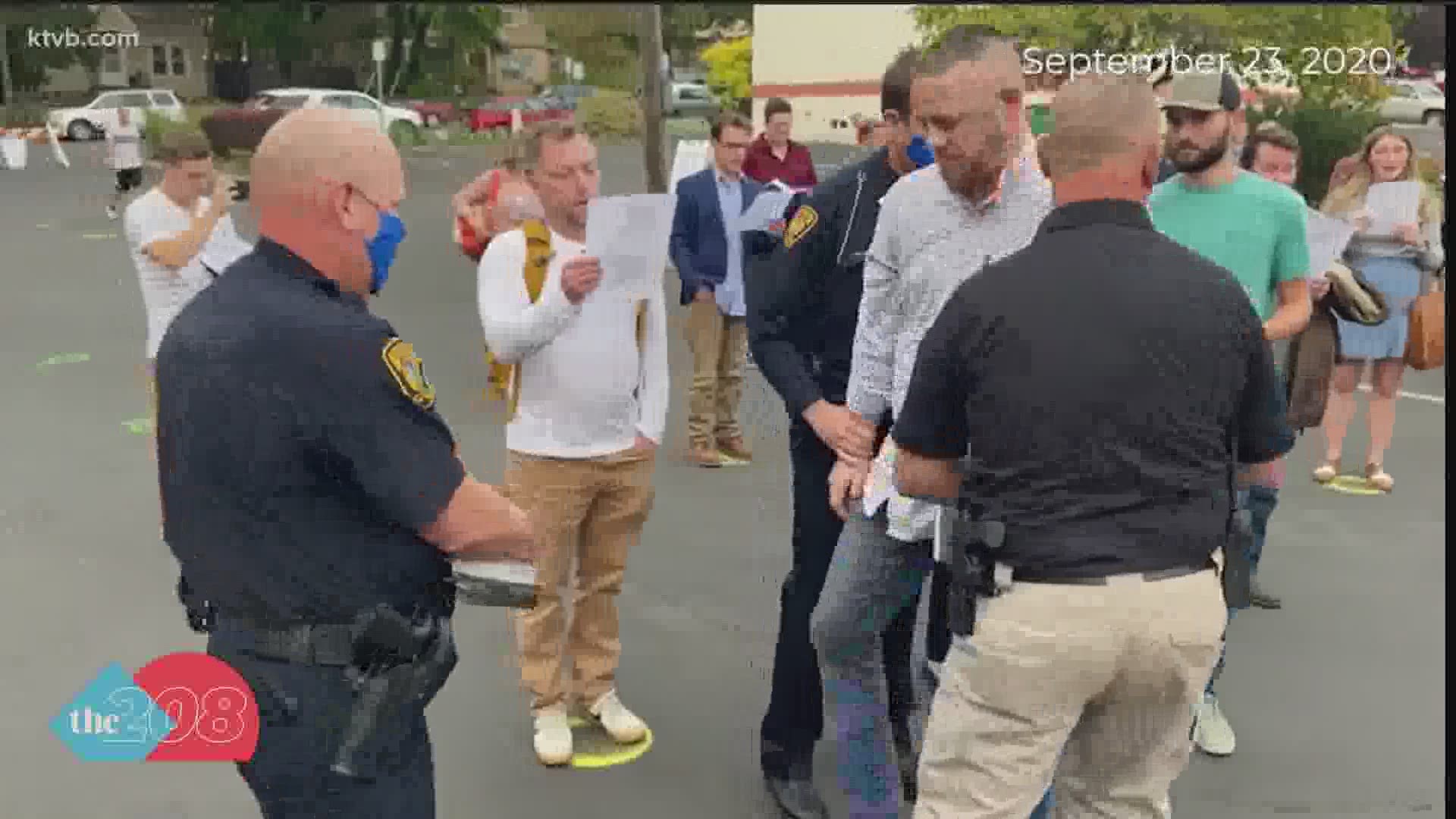 Last September we told you about a protest masked as a "Psalm-sing" that took place in Moscow, Idaho.

It was an event put on by Christ Church, which got a bunch of people together to sing songs in the city hall parking lot. In a city with a mask mandate.

The Moscow police told us they were done with threatening to enforce the rules and they decided to actually enforce it.

The Psalm-sing lasted only 15 minutes, but before it was over three people ended up in handcuffs and two others were handed citations for not wearing a mask.

It was the first enforcement of its kind that we had heard about in Idaho at the time.

One of those arrested was a deacon of Christ Church -- Gabriel Rench.

He told us back in September that he was going to fight it, claiming First Amendment rights.

This week, a judge in Latah County dismissed those charges of misdemeanor resisting arrest and violating Moscow's mask mandate.

Rench's attorney argued the city violated its own code when it arrested Rench and the other two. And the city attorney agreed, filing the motion to dismiss last week.

"The Moscow City Code allows the Mayor to issue public health emergency orders but exempts any and all expressive and associative activity that is protected by the United States and Idaho Constitutions, including speech, press, assembly, and/or religious activity," said Rench's attorney.

He went on to say those that were arrested had their liberties violated and their lives disrupted by the inappropriate actions of law enforcement and city officials who didn't correct this unlawful arrest.

You may be wondering…well, how can people be arrested in Boise for doing the same thing?

The difference is with the Boise mask mandate and enforcement. Those who refuse to follow the rules have to be reported to police.

The police won't just show up.

And even then, if they still won't wear a mask or leave, they can be charged with trespassing.

The same charge if someone just decided to lay down on the floor of a business and refused to get up.

By the way, the reason for this Psalm-sing back in September was to protest the city's mask mandate.

The church and its members believed it to be a case of the city overstepping its bounds.

Moscow's mask mandate, which requires people to wear one when they can't be more than 6 feet apart, is still in effect.

And last month it was extended through June of this year.