208 Redial: Mormon man on a mission goes for the burger record at Big Jud's

Elder Stallard was determined to set a new record for consuming the Double Big Jud burger, a pound of beef on a bun with plenty of extras. 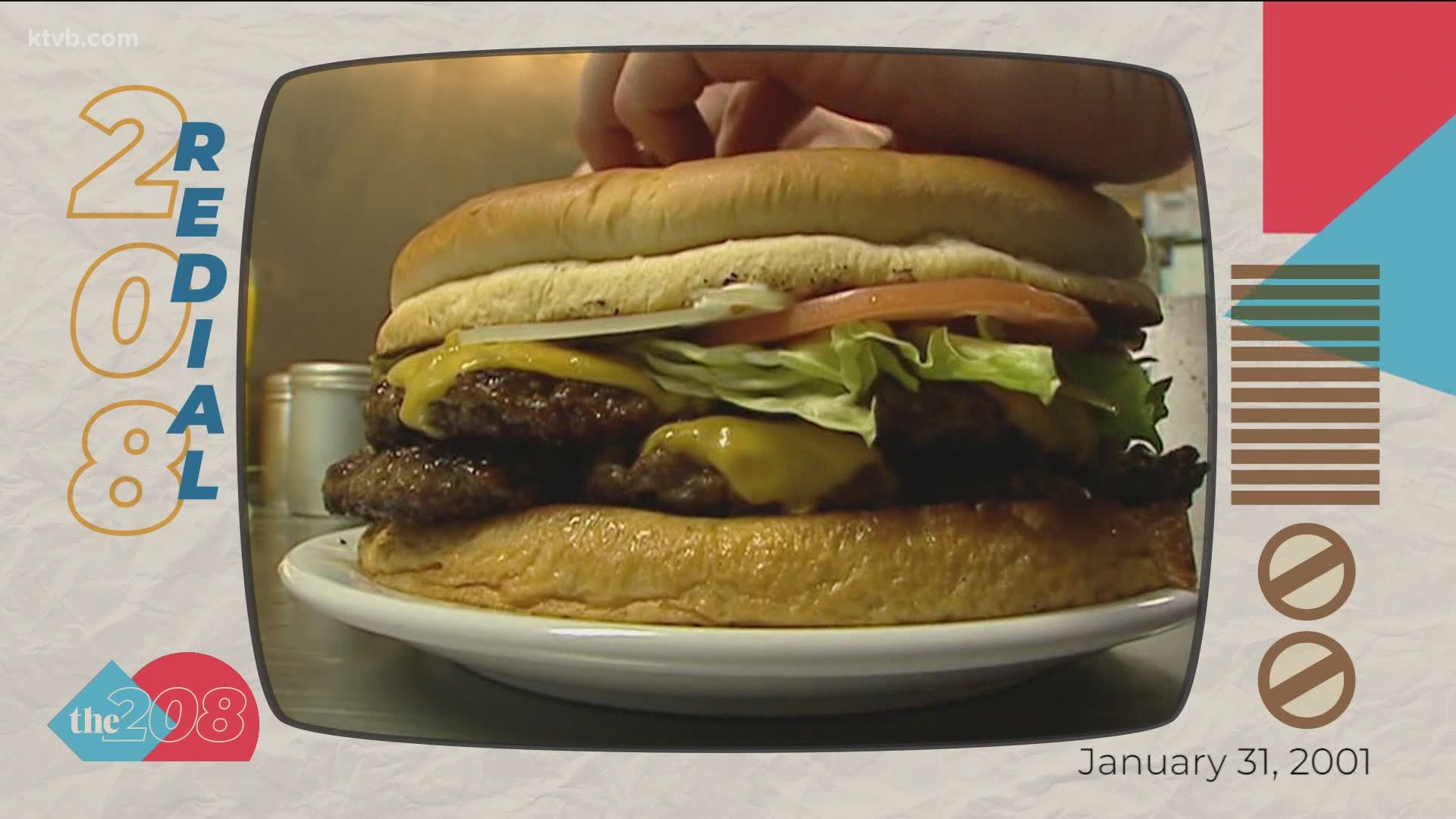 All-you-can-eat buffets and salad bars are not a real popular thing right now thanks to COVID.

What is still a thing -- eating challenges.

Like the infamous one-pound burger challenge at Big Jud's in Boise.

The number one rule -- you can't leave the table for 30 minutes as you work to finish the one-pound burger, fries and drink.

That's where we found a Mormon missionary in 2001. At six-foot-four, 290 pounds, he was smashing records at eateries across Boise when our John Miller caught up with him.

Crammed into a behemoth burger called the Double Big Jud, it is famed and fabled, and it is a mouthful.

Big Juds owner Chris Niederer keeps track of who can eat it the fastest.

That is until Elder Stallard sat down -- a Mormon missionary, on a mission.

With the table, and the stage set at Big Jud's, it should be noted, that only two days earlier over at Rockies Diner, Elder Stallard scarfed down the Rockies challenge…

There one minute, gone the next. and for dessert?

Back at Big Jud's, the big guy was making a big dent.

"It's a good hamburger!" he exclaimed.

"We never think anyone can do it, we've had so many try," said Niederer.

And when all was said and done, Elder Stallard had swallowed the record, digested the competition.

The burger king of all who've come and tried to conquer the Double Big Jud, mission accomplished.

Elder Stallard celebrated his record at Big Jud's with a two scoop waffle cone, a piece of pie and a brownie. And yes, he got the burger free for the effort.

That record stood for a while.

The last time the double burger challenge was broken was in 2017.

A whopping 14 minutes and four seconds.