Meriwether Cider, a brewery in downtown Boise, created the new Jupiter's Cider in a partnership with the Idaho Black History Museum. 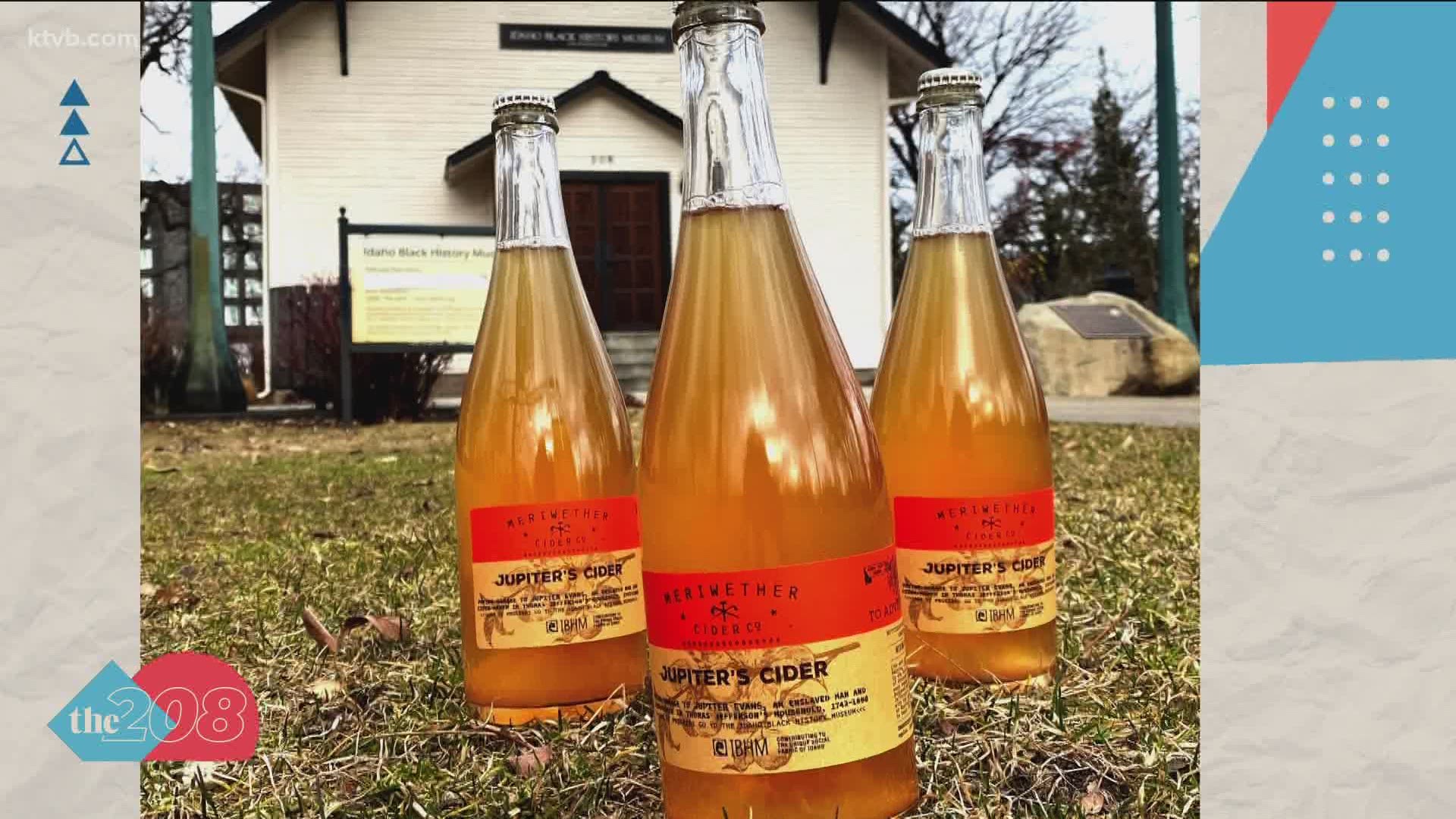 BOISE, Idaho — There are several ways to honor Black History Month in Idaho. You may have seen the banners hanging on lamp posts in downtown Boise commemorating the month.

Meriwether Cider, a brewery in downtown Boise, is doing something suited to their abilities: they are making a special cider in a partnership with the Idaho Black History Museum.

It's an idea that has been several years in the making, but as many of us have realized, the ongoing pandemic pivoting we've had to do tends to get the creative juices flowing.

Those juices are turning into Jupiter's Cider, named after Jupiter Evans, a slave who was owned by Thomas Jefferson, the third President of the United States.

There were not extensive records kept on specific slaves, but based on Jupiter's status on Monticello and the fact that cider was a prevalent libation back in Colonial days, Meriwether made that historical leap to not only learn about who drank it, but who likely made it.

"If you look at history and you look at [agriculture] systems, almost all of them are somewhat rooted in slavery and we knew cider making is not an exception," said Molly Leadbetter with Meriwether Cider. "So Jupiter is kind of the only one that we could find. It's not even that; he was one of the highest in Jefferson's household so almost certainly the cider-making process fell to him."

100% of the proceeds from these $20 bottles will go to the Idaho Black History Museums.

Meriwether is making this cider with Newtown Pippen apples, one of Thomas Jefferson's favorites grown at Monticello. The Jupiter Cider is a single varietal, unlike their usual flavors.

They are also using a similar method used to add soft bubbles to champagne. If you find that fascinating, you're going to want to attend the Zoom event they have planned for Friday, a guided tasting of Jupiter's Cider.

Philip Thompson with the Idaho Black History Museum will also be present to give the historical context of contributions made by Black Americans.