An upside-down map of Idaho in the Mayberry sheriff's office? A strange find from "The Andy Griffith Show"

Idaho fans of "The Andy Griffith Show" may have noticed something was a little off in season one. 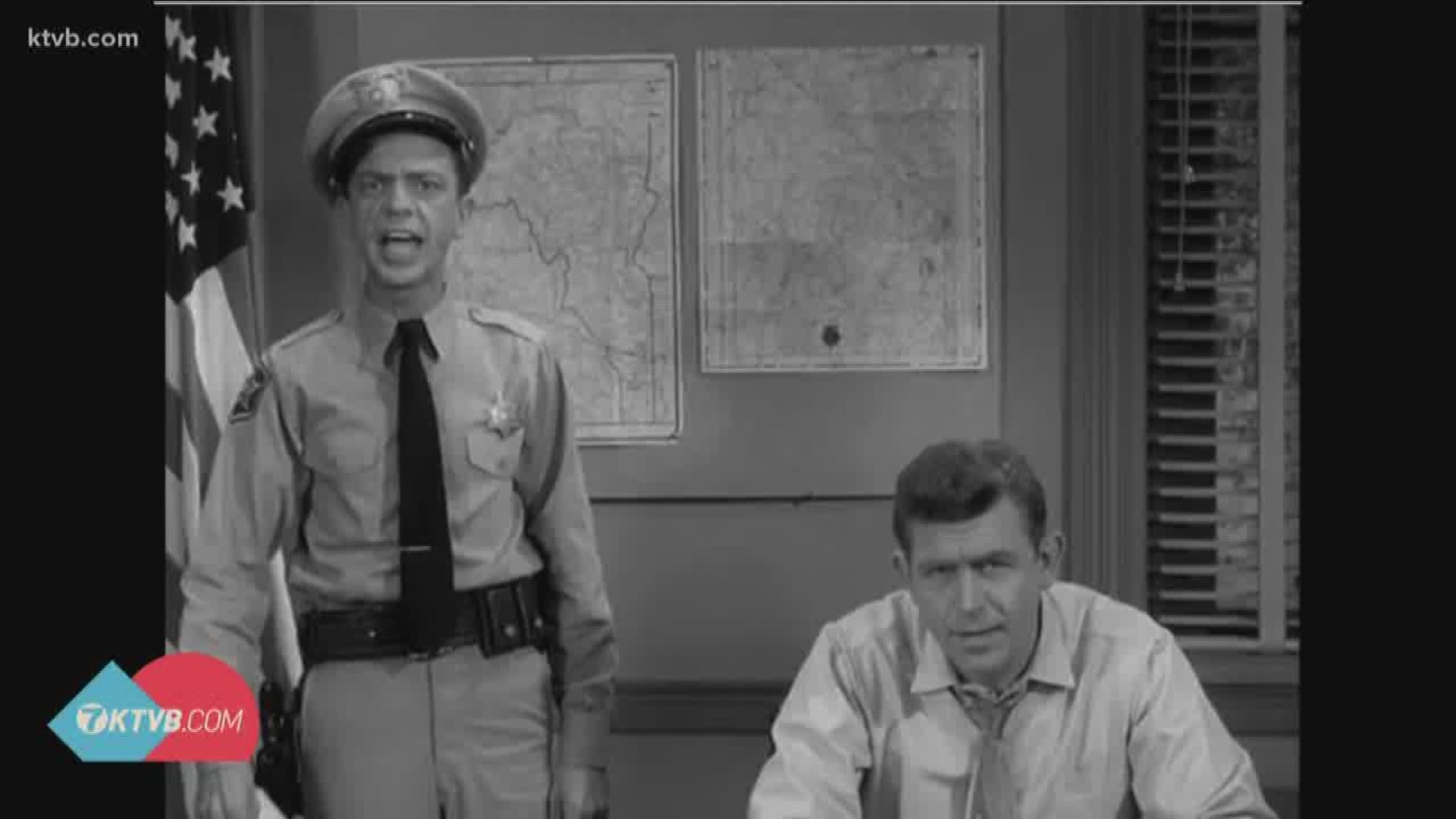 "The Andy Griffith Show," the story of a small-town sheriff in North Carolina.

Turns out, the map in Andy's office told a different tale depending on the episode.

In some, it was Nevada, in others it was California, but it was usually a map of Cincinnati.

But in season one, episode 20, the one where Andy saves Barney's morale, the Gem State, in an inverted state, is right behind the desk, panhandle and all.

"Of course, the most recognizable one was Idaho upside down," historian Rick Just said.

The shape of Idaho: not as ridiculous as Maryland or West Virginia with their pokey parts, and it's not as ho-hum as Wyoming or Colorado's squares.

"But since it's upside down, people who weren't familiar with Idaho, weren't from Idaho, might not have noticed," Just said.

So no, Mayberry isn't in Idaho, but Idaho was in Mayberry.

There are some websites that track this kind of stuff and can point to at least two episodes where the map of Idaho is seen on the courthouse wall behind Andy's desk.

One upside down and another downside up.

Just believes it was just the crew hiding some Hollywood humor.

"They seem to delight in changing it around," he said. "So they were always playing little tricks."