Presidents who have visited Idaho over the years

Since 1964, nearly every sitting president has visited Idaho at least once while in office, all except for one. 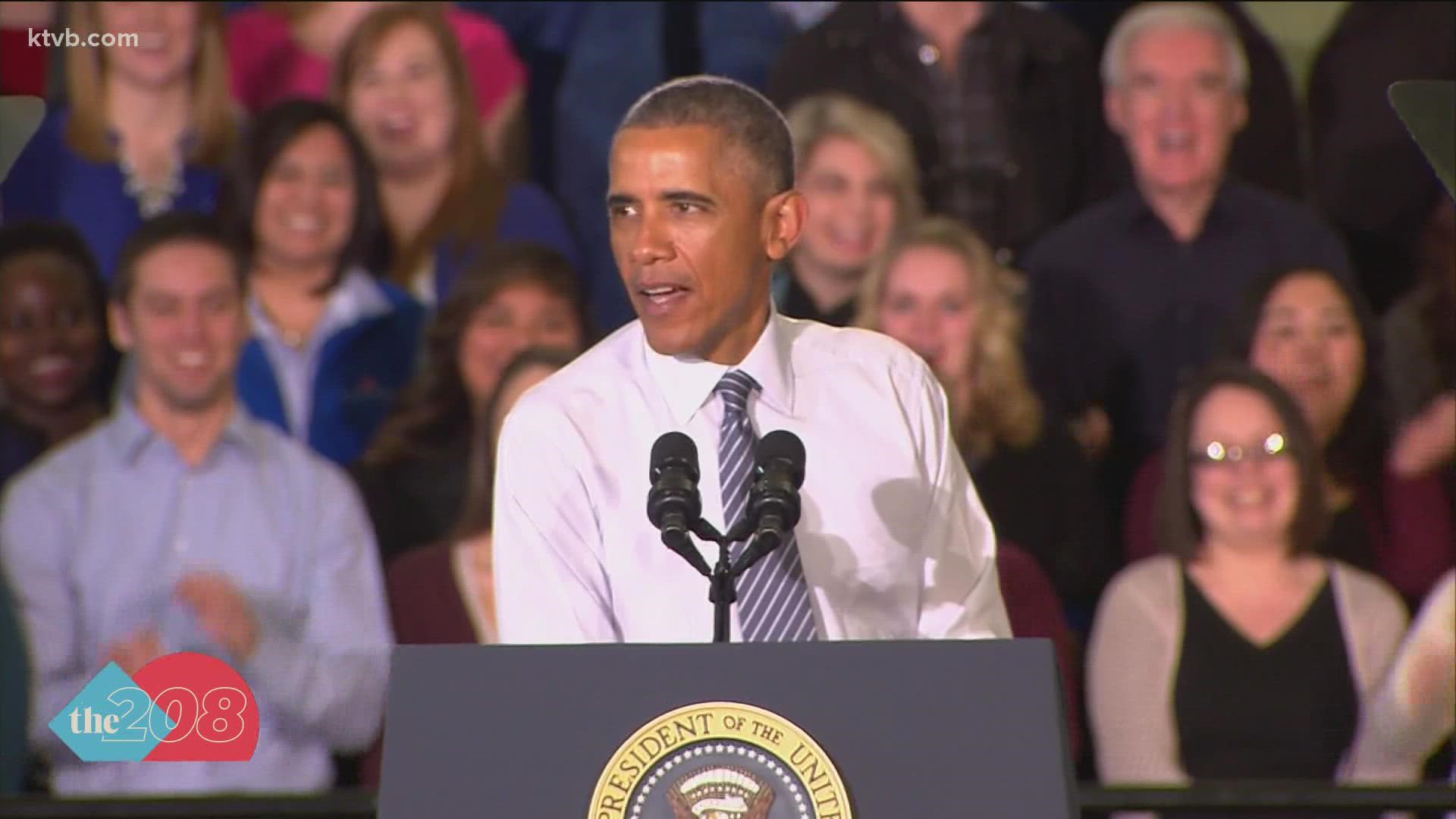 BOISE, Idaho — While visiting Idaho in 2015, President Barack Obama called it the "fourth quarter" of his presidency when he spoke to a crowd of thousands at the Caven-Williams Sports Complex at Boise State University.

“Here at the home of the team with the most famous Statue of Liberty play in history I don't need to remind you that things happen late in the fourth quarter," Obama remarked.

From the fourth quarter to the opening kick-off, the first presidential visit to Idaho was soon after the Gem State became a state.

President Benjamin Harrison, who signed the law making Idaho the 43rd state in the union, stopped by and planted a tree at the Idaho Statehouse.

Then in 1964, President Lyndon Johnson visited the Idaho National Laboratory in eastern Idaho. Since then, every sitting president has visited Idaho at least once while in office.

Except one, President Donald Trump broke that streak by never setting foot in Idaho in his four years as president.

Back in 2005, George W. Bush spoke at the Idaho Center in Nampa, where he talked about policy, the Iraq war and thanked several service members in attendance and their families.

He also had a more light-hearted moment when he offered some advice for then Nampa Mayor Tom Dale.

“Mr. mayor thanks.  You didn't ask for any advice but I'm gonna give you some anyway - fill the potholes," President Bush said with a laugh.

Monday's trip to Idaho was President Biden's second visit to the Gem State. His other visit to Idaho came as vice president in 2009 when he attended the Special Olympics Winter Games at Qwest Arena, which is now Idaho Central Arena.
He watched some of the events and presented medals to athletes.