Her comments came out after Idaho State Police sent a north Idaho bar a letter that urged them not to violate the governor's phased reopening plan. 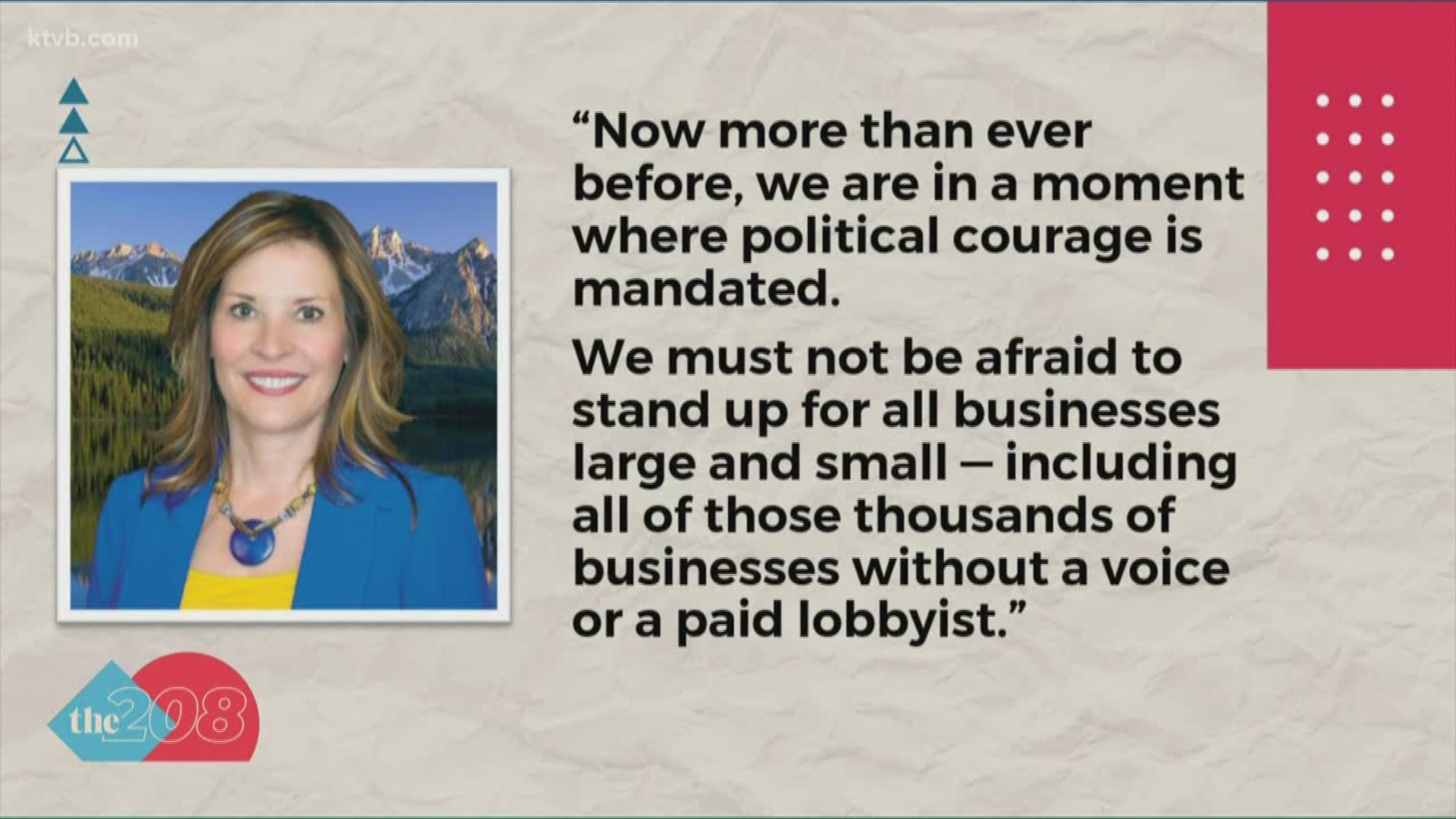 BOISE, Idaho — Editor's Note: The video with this story is about an op-ed piece that McGeachin sent to newspapers urging to governor to reopen businesses across the state.

While the Gem State battles a spreading global pandemic, Idaho's top two elected officials are clashing over how to safely reopen the state's economy after it was shut down in an effort to slow the spread of COVID-19.

Republican Governor Brad Little and Republican Lt. Governor Janice McGeachin's relationship was described as "tense" by McGeachin herself, and that tension doesn't seem to be going anywhere after her latest comments about Little's enforcement of Idaho's four-stage reopening plan.

On Friday, May 8, Hardware Brewery in north Idaho received a letter from Idaho State Police Capt. Brad Doty, the chief of the Alcohol Beverage Control Bureau. In that letter, police warned the bar's owners that they were violating the Stay Healthy order and could be punished if they continued staying open.

"If you continue to stay open in violation of the Stay Healthy Order, your actions will constitute an ongoing violation of the foregoing Title 23 and public health laws and can result in an administrative violation against and potential revocation of Hardware Brewing Company retail alcohol beverage license," the letter read.

No one was charged or arrested for the violation, but Lt. Gov. McGeachin says Gov. Little is using state police to go after the small business.

"The Governor is using the Idaho State Police and the Alcohol Beverage Control Bureau to harass and intimidate private businesses in Idaho," she said in a statement on May 8 to Redoubt News. "Hardware Brewing Company is offering goods and services only to those customers who voluntarily choose to visit a private business."

As of Tuesday, the bar still has its retail alcohol beverage license.

MORE: Owner of a North Idaho bar says Gov. Little is coming after them for their ties to Lt. Gov. McGeachin

The first-term lieutenant governor added that "the Governor's order and its associated enforcement are in direct contradiction to these "inalienable rights of man" which are the first words of our state constitution and the most foundational principle on which all actions of our state government must be based."

This isn't the first time that McGeachin has spoken critically of Gov. Little's handling of the coronavirus pandemic. On April 21, she urged Little to reopen the entire state by April 30, which he did not do.

"I will oppose requiring any businesses to remain closed beyond April 30 at the latest, and I will do all that I can to help ensure this does not occur," she said in a statement. "Idahoans are strong and resilient, and we will overcome the hardships we are facing right now. Working together, we will triumph over these adversities and restore our state to prosperity and freedom."

Since May 1, when Gov. Brad Little released his Rebound Idaho four-stage plan, McGeachin has openly attended several events that are in direct opposition to the plan. She attended the 'Liberate Idaho' rally at the Idaho Capitol Building in Boise, then flew to the town of Kendrick later on that day with Idaho GOP Chairman Raul Labrador for the reopening of Hardware Brewery.

Little has admitted that the reopening plan isn't perfect or totally fair and added that it's difficult to find the right balance when reopening the state.

"There are going to be instances of where the fairness of it, particularly if you're the business, it doesn't look right and it's probably not right," Little said during an AARP town hall on April 28. "I agree with you that it's not fair, but where do you draw the line? If you sell peanuts in a bar is it a restaurant? Or a hot dog?"

That very same week, McGeachin described her relationship with Gov. Little as "tense" during an appearance on a religious-based show called Crosspolitic, which is based in Moscow.

"To be totally honest with you the relationship between the governor's office and my office is tense... but it's a tense relationship right now over a period of weeks," she said. "Yes, I have been involved with getting daily updates from the governor's staff but I've never been a part of the decision-making circle, my advice has never really been asked for it's never been taken."

Publicly, Gov. Little has yet to say much of anything about McGeachin's comments.

"I just think it's a little disrespectful to the people that are making a sacrifice and doing the right thing," Little told KREM, KTVB's sister station in Spokane while handing out food in Coeur d'Alene in April.

I'm not against anyone objecting, but they shouldn't object while putting the rest of the community at risk," he continued.

KTVB has reached out repeatedly to both officials for comment as their public tiff continues, but neither one has accepted an invitation to The 208 to share their thoughts on the matter.

RELATED: Gov. Little and Lt. Gov. McGeachin's relationship is 'tense' due to the governor's plan to reopen Idaho