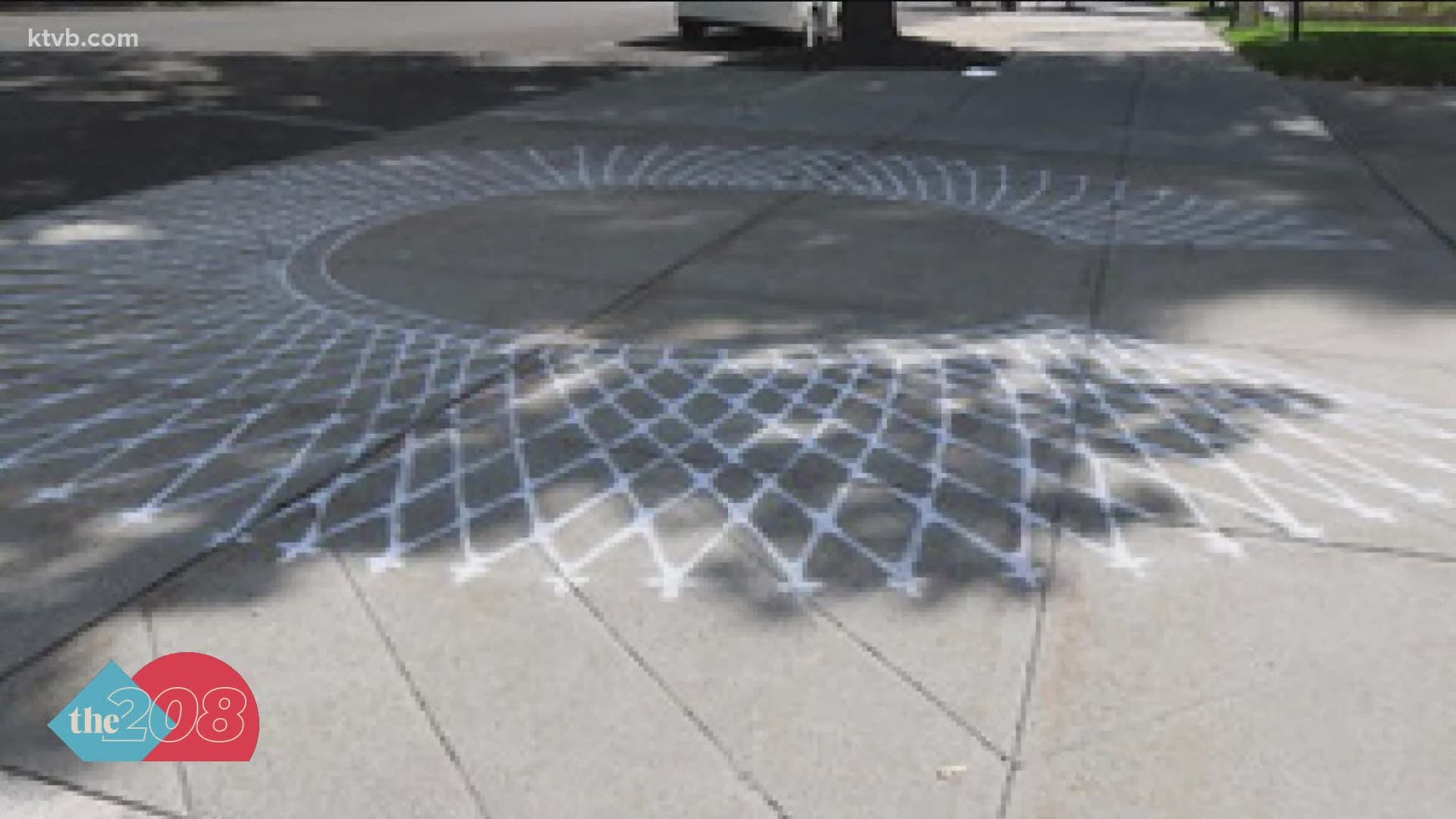 BOISE, Idaho — Since Supreme Court Justice Ruth Bader Ginsburg's passing, many people have paid their respects by highlighting the work and impact she left behind.

Katherine Shaughnessy, a local artist, and her daughter Fiona Michael decided to honor the late justice with chalk art in front of Idaho's Supreme Court. The pair spent four hours on Saturday creating a chalk drawing of Ginsburg's iconic lace collar right outside the building.

“I was like, 'Oh, maybe I should do one in front of the Idaho Supreme Court' because she had done one of her first cases here back in 1970 or 71, so Idaho kind of plays a little bit of a role in her beginnings,” Shaughnessy said.

“It was just a way of making a bit of a prayer, a bit of remembrance," Shaughnessy said. "People came by and were really appreciative, people drove by and they could see immediately what this was turning into because this has been such a recognizable thing for her."

She chose to draw Ginsburg’s lace collar because it was neither Ginsburg's dissent collar, what she wore when she opposed the majority vote,  nor was it her majority collar. The lace collar avoided confrontation.

“This was just a little art piece, I think, in the bigger picture, but I’m glad that some people appreciated it," Michael said. “We can build off of what she did. It's really incredible how far she put us and how far she advanced this fight."

The chalk drawing was washed away but the mother-daughter duo said they’ll do whatever they can to keep Ginsburg’s legacy alive.

“Really it's about us learning our past and going forward. I feel like [my daughter's] generation, these teenagers, are the future so let's just keep remembering that,” Shaughnessy said. “It was just no words, you know? Let's remember this person who really made her mark on this planet."