'We hope Idaho over time will be more aggressive and responsible': Washington governor issues statement on Idaho COVID-19 response 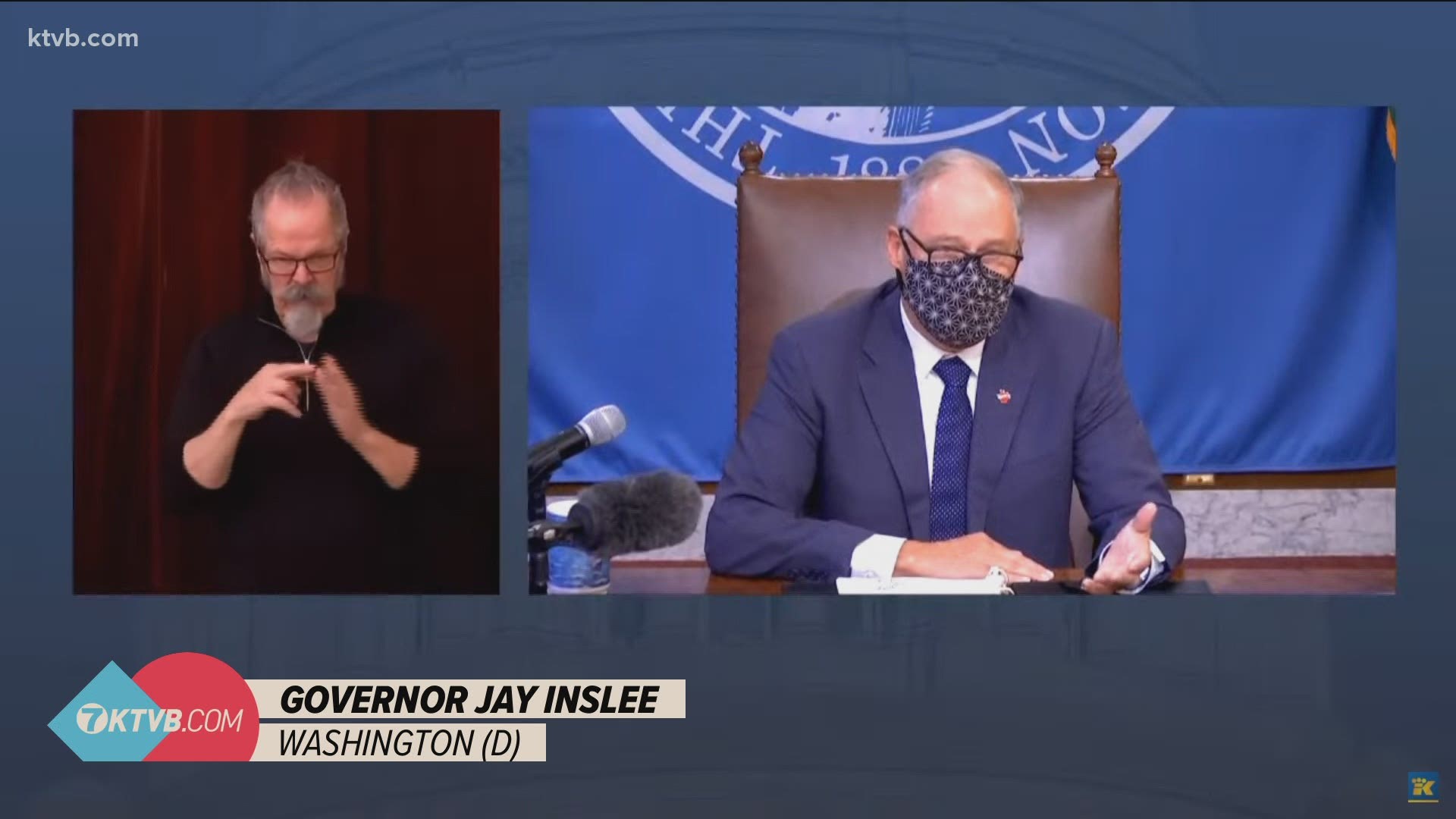 BOISE, Idaho — Last week, the governor of Utah enacted a statewide mandate to help slow the spread of COVID-19. On Friday, Oregon Gov. Kate Brown issued a minimum two-week freeze statewide, with some counties facing a longer freeze if case numbers do not improve.

The freeze in Oregon limits group activities considered to spread the virus more efficiently, like gyms, salons, and restaurants. That freeze goes into effect Wednesday.

When Inslee was asked how closures in Washington will be enforced, he took the opportunity to encourage Idaho leaders to follow in his footsteps.

"I have urged the Idaho leaders to show some leadership. One of the reasons we have such jammed-up hospitals in Spokane is because Idaho frankly has not done some of the things that we have found successful. I was stunned that, in the same week where I heard that Idaho from Kootenai County had shipped patients here to Oregon, that they had abandoned their mask requirement," Inslee said. "That's just irresponsible. I don't know what else to say about it. So we hope Idaho over time will be more aggressive and responsible frankly to reduce the burden on the Spokane medical system."

According to the Spokane Regional Health District, hospitals in the region are nearing 60-65% capacity. Those hospitals are about 20 miles from the Washington-Idaho state line and 30 miles from Coeur d' Alene.

It is not known how many hospitalized patients in Spokane are Idahoans or where those patients contracted the virus.

"Idaho's health officials have been mindful of the challenges of mitigating the spread of COVID-19 in border communities since the onset of the pandemic," the statement read. "The positivity rate is mirrored on both sides of the border. We advise citizens to follow the laws and recommendations of their state."

Idaho's positivity rate is currently 16.9%, the state's highest. That's up more than 2% week over week.

Kootenai County, the Idaho county closest to Spokane, Wash., is at 18.3%.

Washington state's positivity is currently 7.2%, down from its high of 8.1% in April. However, Spokane County's positivity rate is 15.6%.