"I shot off my mouth, is that really more dangerous than someone going to the statehouse with live ammunition?" said Boise City councilwoman Lisa Sanchez. 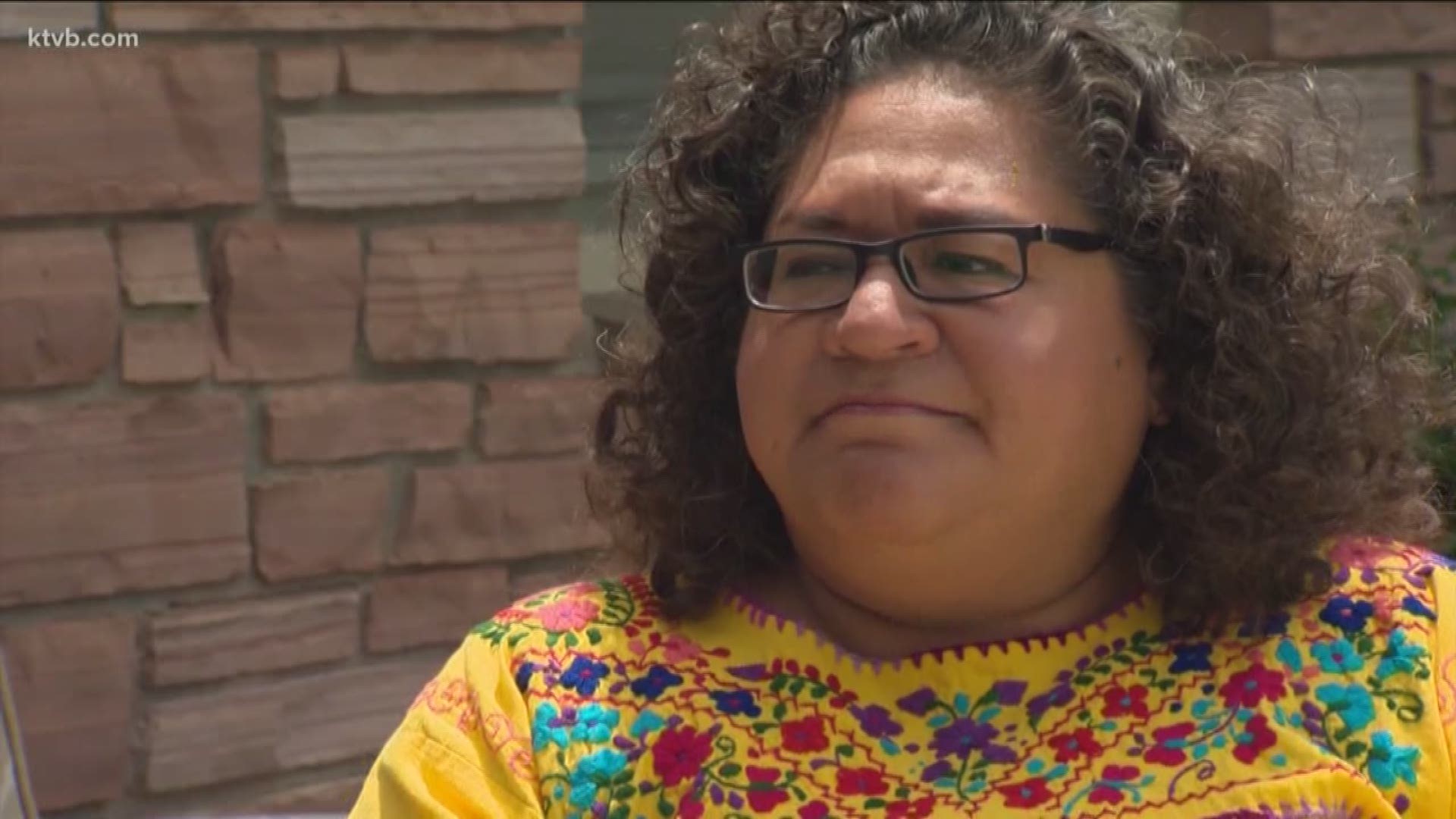 BOISE, Idaho — During a protest at the Idaho State Capitol on June 1, 18-year-old Michael Wallace was arrested after he fired his gun in city limits.

Wallace was charged with misdemeanor discharge of a weapon in city limits, but police say it was an accident. He is expected to be in court next week.

On June 4, Boise City councilwoman Lisa Sanchez crafted a letter to Wallace's parents, saying she did not believe it was an accident.

"Your white child and the gun-wielding white youth are described as simply exercising their 1st and 2nd Amendment rights. Again, their whiteness allows this to go unchallenged, while Black and Brown people are subjected to harsh consequences and even killed for much less. Brown and Black parents would NEVER allow their children to do what your son did and these (sic) other white youth did. We have too much reverence for the dead and the mourning to allow foolishness. In my Black, Mexican American Texas mother's house, her rules for human decency superseded the rights of the land. She would have sat on me to keep me in the house before she allowed one of her children to visit hate and fear upon other people."

Since then, councilwoman Sanchez has felt the heat, not only from her constituents but from social media.

On Tuesday, Sanchez told KTVB that what strikes her as odd was that her post has gotten more reaction than what led her to write the letter in the first place: someone fired a weapon at a peaceful protest.

"It's not an injustice this young man did what he did, putting people's lives in danger, and his life in danger, but that nobody said anything," Sanchez said. "Everybody dismissed it, 'oh, it was an accident.' You don't accidentally leave your home with a ginormous gun with ammunition chambered with the safety off and go downtown threatening people. I don't feel that this gentleman was exercising his first and second amendment rights. What I believe he was doing is exercising his rights as a white man in our culture where you're always given the benefit of the doubt. That's not what people of color experience in our community."

Sanchez says she wasn't expecting a reaction when she wrote the letter but felt she needed to say what was on her mind.

"So I guess when I titled that to the parents of Michael Wallace, I guess I meant all of us," Sanchez said. "We are all his parents, and if none of us are going to speak up, what does that say about our parenting? It's not very good."

Sanchez said the silence towards the fact that Wallace shot off a gun rather than questioning about why he did it is difficult for her to understand.

"That's my difficulty with this, is that people want to dismiss this and make it sound like it wasn't a big deal," Sanchez said. "It was a huge deal that this happened and we're not focused on it."

But the focus instead shifted to calling Sanchez, who is of Mexican descent, a racist.

Sanchez initially said her letter was mostly hyperbolic, and still believes there is truth to that.

"I feel the fact that so much attention has been brought to it is not just because it was hyperbolic, I think it's because it's true, and it's hard to hear the truth," Sanchez said. "It's unfortunate that what I said is construed as an attack against our police department. That wasn't my intention at all because the department reflects our community."

The last line of the letter reads "Love, Lisa Sánchez. Brown woman who chose not to have children for fear of their abuse and murder by white people."

"I stand by that," Sanchez said. "Right now, we're all paying attention to these instances of police brutality, where black people have been killed seemingly for no good reason. Well, the reality is that people of color living in this country, we are not always killed like that. We are killed slowly, systematically, and the result is the same."

Sanchez says she has no regrets publishing the letter but does have one regret with what's been happening across the country.

"I regret that we all have to feel pain as we grow, but we have to, right? This is painful work and make no mistake, there's no one that feels the pain more than me because I know I'm going to have to do something that is going to put me in a situation where people are going to call me horrible names," Sanchez said. "And I wish that I could say that it doesn't hurt, but it hurts very very much because these are my brothers and sisters."