House Bill 409 advanced to the full House Thursday. It calls for a one-year property tax freeze, but city and county leaders have expressed major concerns. 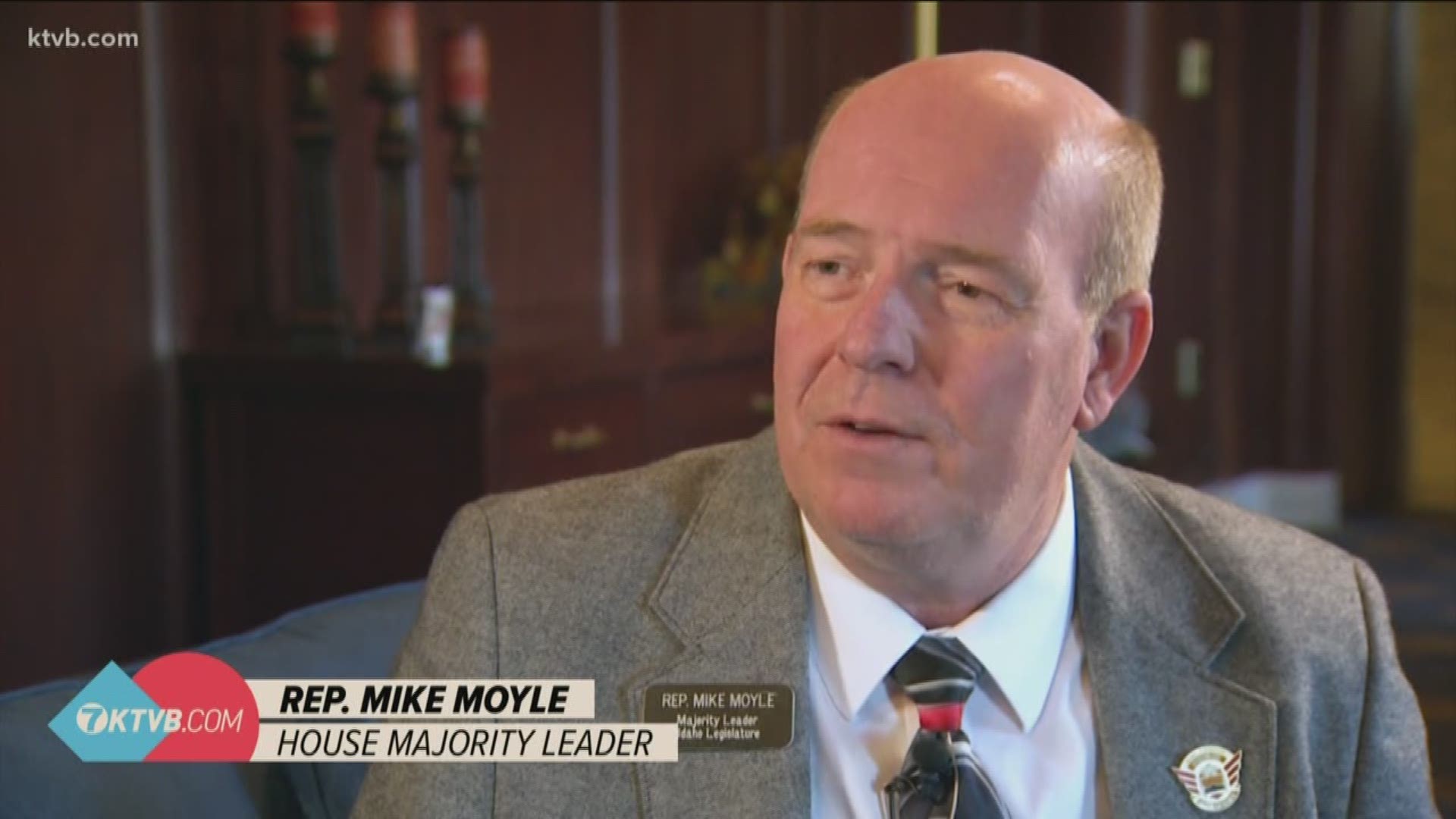 BOISE, Idaho — Earlier this week we reported on House Bill 409, a big talker at the Idaho Statehouse.

In short, it freezes Idahoan's property taxes for one year.

It doesn’t eliminate them, so don’t get too excited. If passed, for the most part, property taxes would be paid at the same rate in 2020 as they were in 2019.

Bill sponsor, Rep. Mike Moyle, says the freeze is needed to start a conversation. He explains it's because Idahoans are being forced out of their homes.

City and county leaders across Idaho say if there is a property tax freeze, they won't be able to keep up with expenses.

Nampa Mayor Debbie Kling spoke out against HB 409. On Tuesday, Mayor Kling told KTVB, "We need to lower our taxes, I totally support that and I'm so mindful of it," she said. "We need to make wise decisions that are well-advised and that's what I'm hoping we'll do."

Moyle says he hears that, but it doesn't change his mind.

KTVB sat down with Moyle on Thursday to talk about criticism of the bill, and, why he is pushing for it. Below is a transcript of that interview.

Rep. Moyle: I am trying to accomplish the slowdown in the growth of property taxes and I am trying to force these taxing districts to come to the table and find a solution.

Joe Parris: Cities and counties are saying, that this is the state, you know, not having any skin in the game, and they're being punished. What's your reaction to that?

Rep. Moyle: The problem is cities and counties have is, when they forget that the state sends back really hundreds of millions of dollars, over $600 million a year we send back the local governments to subsidize them basically for the stuff we asked them to do. The local governments don't forget to tell you that the property tax portion of the budget is very small. And, you know, instead of having double digit increases in some places, it's going to slow them down.

Joe Parris.: For those city representatives, mayor of Nampa, Debbie Kling, very open about it, how do you respond to her comments?

Rep. Moyle: You know the best way to respond to her comments was one of her constituents name was Ed, can't remember his last name and committee, where he just pulls out two proposed budgets, and you're talking about a budget going up at about 11% instead of 12.4%, by doing what we're doing with this property tax freeze. Remember property taxes in Nampa are about 23% of their budget. If you're telling me she can't handle the freeze on a small portion of her budget for one year while we try to find a solution to these outrageous property taxes. I'm telling you, maybe Nampa needs a new mayor.

Joe Parris.: I know I'm seeing and hearing a lot of things about your bill that did not come from you are you seeing that stuff?

Rep. Moyle:  Politics man everybody makes up what they want. You know, the thing about politics I've learned is you can tell a lie and the longer you tell it becomes the truth, and you're seeing that now. The fact is the bill freezes the property tax portion of a taxing districts budget for one year, there'll be a follow up interim committee request, and if they don't want, and can't live with the property tax freeze for one year. Then let's sit down and talk in the next few days and find a solution they can live with that slows down the growth in property taxes and keeps those families in Idaho in their homes. And remember, it's a "two Idaho" situation, rural Idaho and a lot of places doesn't have a problem. Urban Idaho -- Ada, Canyon, Kootenai, Bonneville, Bannock, Twin Falls, they're out of control.  And so, there's a balance, and we cannot find a solution people aren't willing to talk nobody's been willing to talk now that the bills passed hopefully, they're willing to talk.