House Bill 195 looks to prevent groups from protesting at private homes. This comes after recent protests at elected official and law enforcement homes. 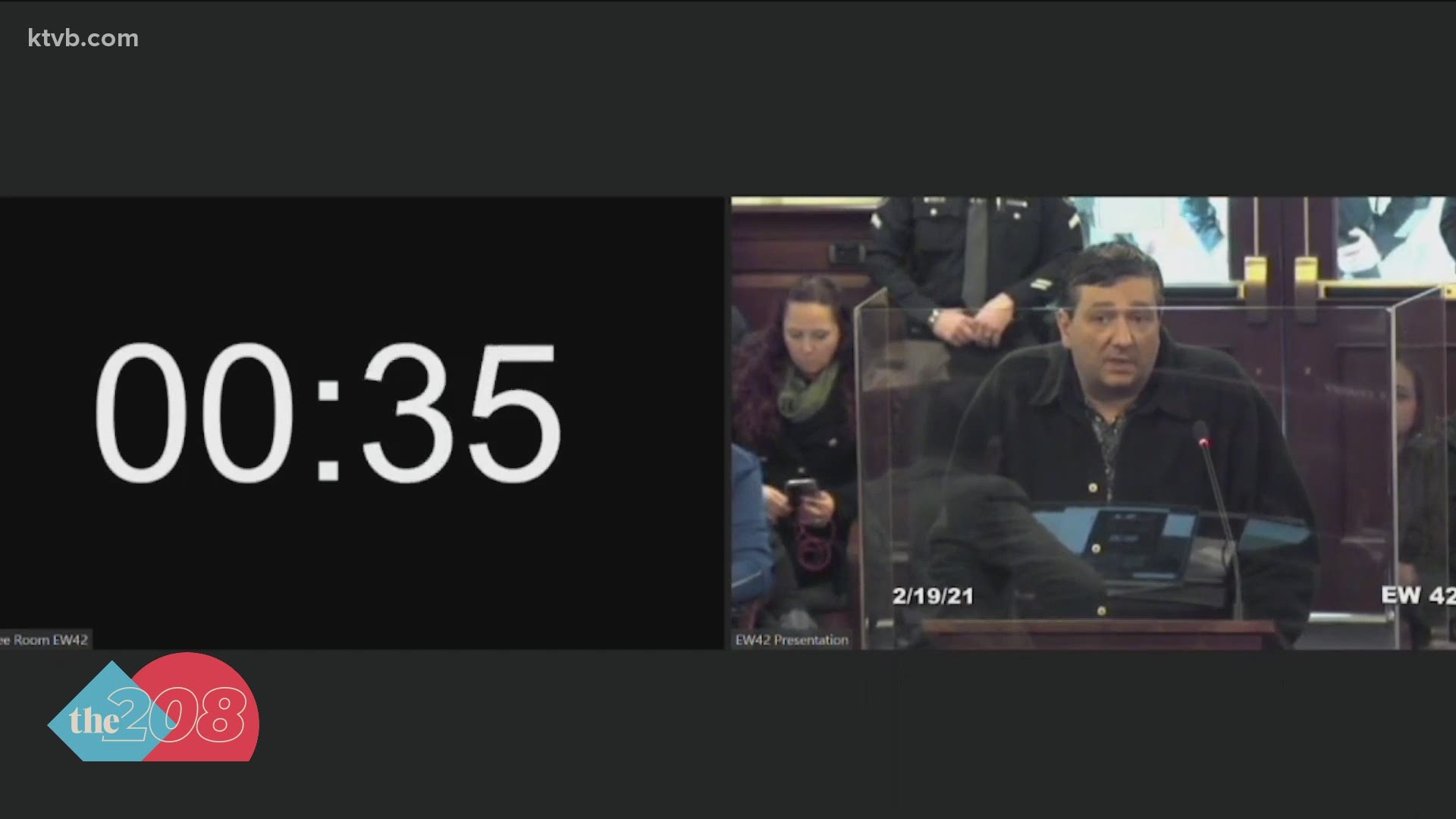 BOISE, Idaho — A bill aimed at stopping protests at private homes advanced to the Idaho House Friday after a House committee voted in favor of the bill 11-4. The legislation, House Bill 195, drew major attention throughout the week with two separate sessions of public testimony.

A large percentage of the public who testified spoke against the bill arguing, among other things, that making a law against protest violated protected speech.

The bill, co-sponsored by Republican Rep. Greg Chaney and Democrat Rep. Brooke Green, takes on a recent trend that saw protest groups gather at elected officials' homes as well as the home of a Meridian police officer. Wednesday night protestors gathered at Chaney’s home in Caldwell in response to the bill.

In closing statements on the bill, Green talked about the political discourse in Idaho and the type of environment protests at private homes created.

"Where in history has it ever been OK for someone to show up at someone's house with pitchforks and torches. Absolutely never was that part of our contract to one another as neighbors,” Green said. "The existing statutes and concerns regarding the First Amendment are very important to us, while at the same time, the sacred homes, our sacred families, weigh is just as important.”

Chaney responded to criticism of the bill that it infringed on protected speech and the argument from those who testified that sometimes protesting at a home is the only way to be heard.

"If this bill passes, you will nonetheless, have the same right to protest that you have now. It is a location restriction, only, and it is a narrow one,” Chaney said.

After public testimony concluded, lawmakers debated the bill and discussed specific wording. Lawmakers against the bill expressed concerns about the section of the bill that looks to prevent targeted picketing “with the intent to harass, annoy, or alarm…”

Questions were raised if the wording was too vague and if a court would find the bill constitutionally sound. Another issue brought up involved a part of the bill saying the law preventing protests would not apply to private residences that are used as the principal place of business for an individual.

With the 11-4 vote in favor of the bill, the legislation now heads to the full Idaho House for consideration.