During this time of uncertainty, a local radio station is creating a time of unity through music. 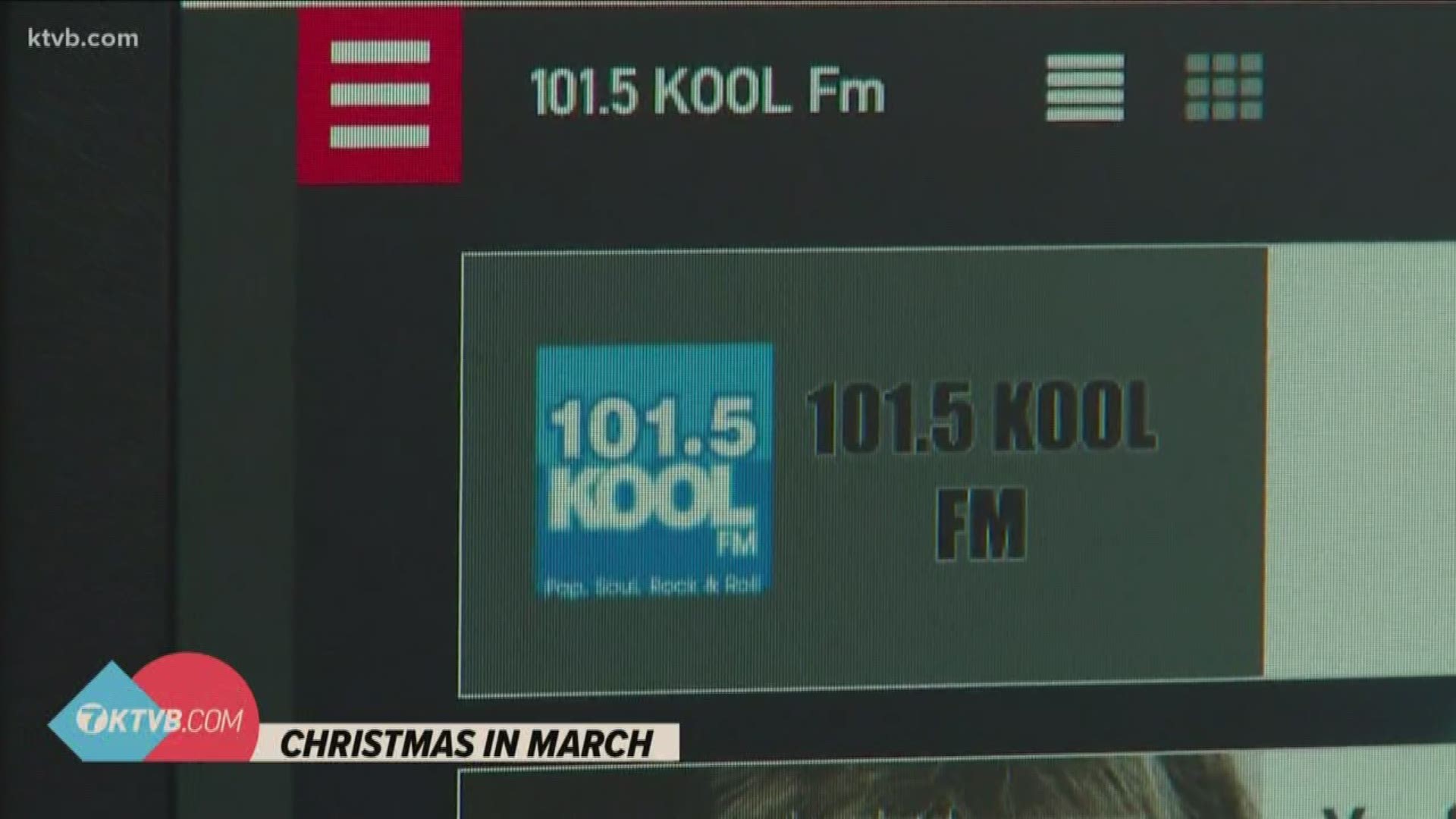 BOISE, Idaho — Have you noticed your neighbors putting up their Christmas lights recently?

Yes, it is nearly April, and no, you're not seeing things.

It's becoming a worldwide trend -- people pulling out boxes of colorful lights from their garages, all in an effort to bring some joy during this time of uncertainty.

So, radio station 101.5 KOOL FM is stepping in to turn this time of uncertainty into a time of unity through music.

"It was my afternoon guy, Brian's idea. He said, 'hey, I do a top five at five every day. I want to do my top five Christmas songs. And I said, okay, why? And he said, oh just to lighten the mood around the community, and I said that's a great idea, let's do 24 hours," said disc jockey KJ Mac.

"We play Christmas music during Christmas time, and this is the first time we're venturing out as they say."

"I think part of it is that everybody knows these Christmas songs and the anticipation of getting Santa to come to your house just makes you feel good and makes us all feel like little kids again."

"Try and make people smile a little and know that there' still hope out there and it may not seem like it but there really is."

"We're all in this together and if we do what the authorities tell us to do, we can get through this and it's all going to be okay and there's still a lot of hope and things going on in the community."

KJ Mac says right now, this is just a one-time thing, but says depending on the feedback they get, they won't rule out doing it again in the future.