Dr. Kenny Bramwell said research suggests that young children may be the most efficient manner of spreading coronavirus. 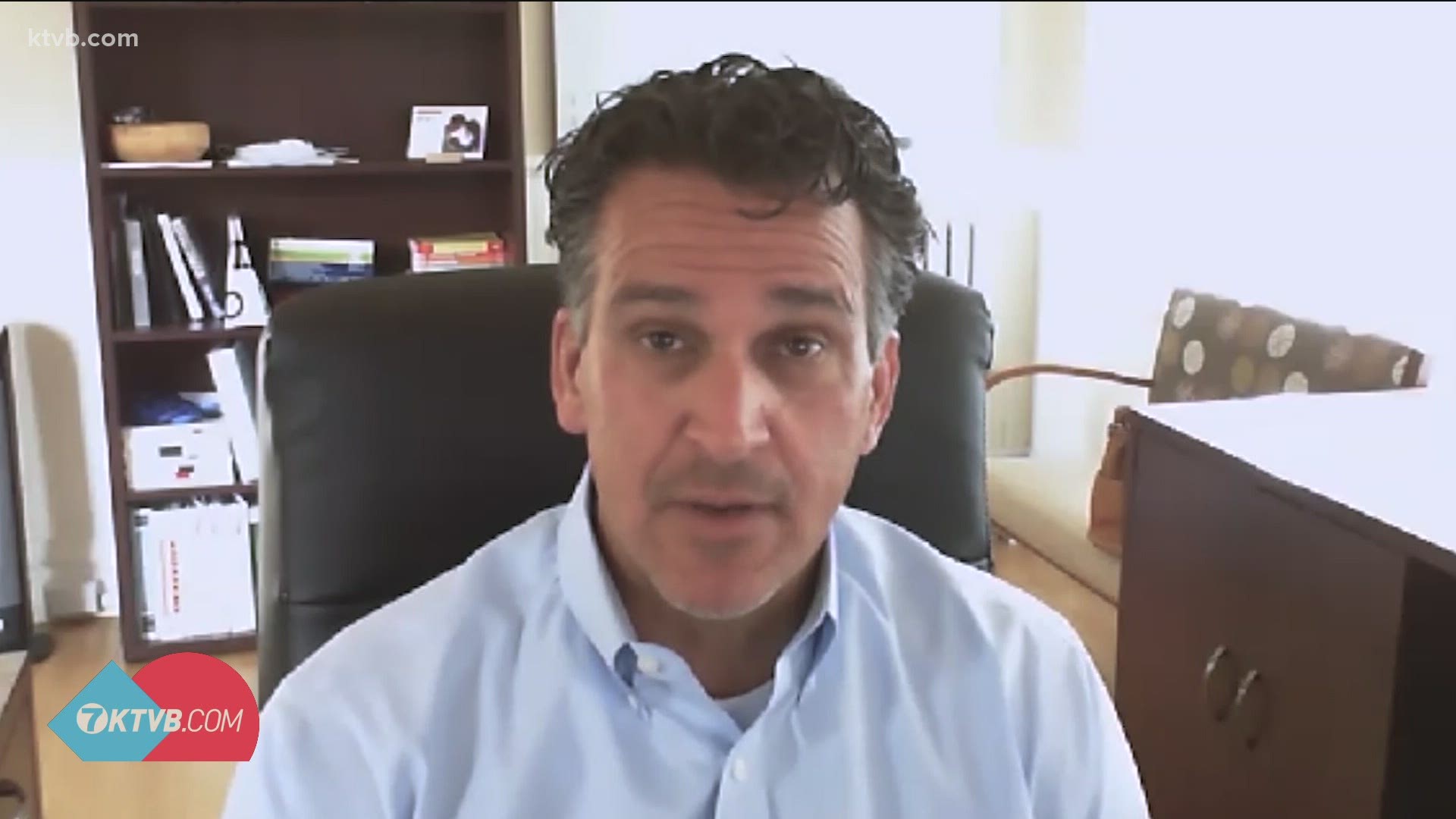 BOISE, Idaho — In the infancy of the COVID-19 pandemic, research suggested that the virus infected more adults than children. It also suggested the younger the child, the less chance of contracting and spreading the illness.

However, two different studies from two different parts of the world were released last week, suggesting the children may be twice as efficient in spreading COVID-19 than adults.

While young children may not become ill, they may be more likely to spread the virus to others.

St.Luke's Emergency Room Physician and Medical Director for St. Luke's Children's Dr. Kenny Bramwell told KTVB that schools are the most efficient places for germs to be exchanged. He also said the information regarding COVID-19 and children changes frequently.

What research has shown regarding young children should dictate what school districts decide to do about in-person classes this fall, according to Bramwell.

"We think [children] are, first of all, exposed to many more germs and illnesses, and they don't always wash their hands very well," Bramwell said. "They are talking to each other [and] doing stuff we don't typically do as adults."

Bramwell said the connection between children and COVID-19 has not been closely studied until recently, specifically how children can potentially transmit the virus.

"[I have read] that children seem to transmit it quite effectively just like they do other viruses," Bramwell said. "The difference with the children that we have seen both locally and nationally is that they don't seem to get as sick and they don't need to be hospitalized anywhere near as commonly. But they certainly seem to get it and they certainly seem to be really efficient asymptomatic spreaders."

As schools begin to reopen, Bramwell said school measures, specifically in the event of a student testing positive for COVID-19, are his main concern.

He also said he is planning to send his 16-year-old back for in-person classes at their request. Because his child is older, they are able to better take the precautionary measures being implemented by schools, but he has concerns regarding younger children.

"One of the challenges with kids is having them do those [precautionary measures]," Bramwell said. "That's hard if you're' five, that requires a lot of vigilance by the adults in the room. I think the challenge we have is not all of the adults believe this or are doing this themselves."

Bramwell is in favor of schools opening their doors, but this opinion is not shared by all medical professionals in Idaho. Dr. Jim Souza, Bramwell's boss, feels schools should not re-open unless they are ready.

Souza told the West Ada School District that a detailed plan for every possible scenario is essential for schools to reopen safely.

Both Dr. Souza and Dr. Bramwell feel that a solid reopening plan should be mandatory in order for schools to reopen.