When we saw that today is National "Kick Butt Day", we knew we had to bring back this classic of one Nampa business's unconventional product innovation. 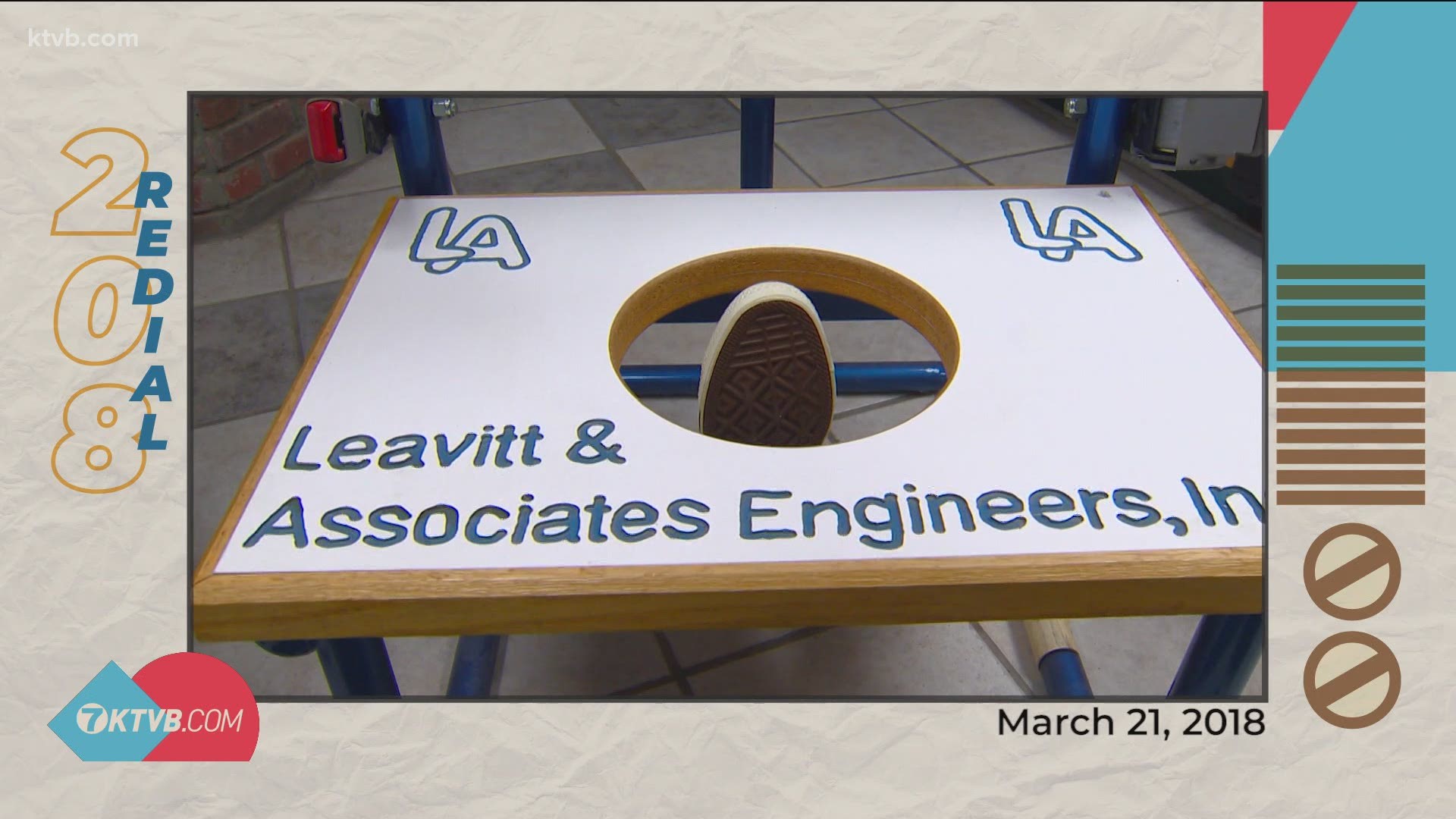 March 21. Not exactly a well-known national holiday. Not even in the City of Trees.

"It's National Kick Butts Day, do you know that?" we asked people walking the streets of downtown Boise.

"I did not know that but I'm glad to hear that," replied one man on a bike.

But what is it?

"It's getting out and doing the best you can," said another. "Kicking butt and taking names."

National Kick Butts day is actually an anti-tobacco campaign that's designed for kids. But of course, it made us think of just one thing and it's kept at an engineering firm in Nampa.

Leavitt and Associates Engineering has designed some pretty big projects in the past, from processing plants to the Idaho Center.

But they are also behind a lesser-known novelty item: a butt-kicking machine.

Owner Reese Leavitt has been an engineer for more than four decades. However, what his company constructed 14 years ago may have goosed his firm's recognition more than anything else.

"It wasn't the kind of attention that, as an engineer, I'd hoped to get," Leavitt said. "This is the world-famous, manually, self-operated butt-kicking machine."

A self-operated butt-kicking machine. But why? Leavitt says the idea came about during a production meeting that wasn't so productive.

"And the thought came out of that that we might build a butt-kicking machine that might help up with our production," he remembered.

So they went at it like engineers would, putting together some pulleys and springs and, voila, $160 dollars later and you will get a size 14 Chuck Taylor kicking you right in the keister.

1 / 8
Leavitt and Associates Engineering has designed some pretty big projects in the past, but the firm's butt-kicking machine is not one of them. (Photo: Mike di Donato/KTVB)

After building two more, Leavitt event went so far as filing papers to get a patent for it.

"(We) finally got back an answer back and we were told to get lost," he said.

But does it do what it's intended to do?

If you follow the instructions by sitting on the wooden seat, complete with a cut-out hole, attach the seat belt, which Leavitt says is for your protection and commitment, and then grab the handle, you can judge for yourself.

Leavitt says an engineer's achievements are judged based on creating something useful, that will make money, or that will benefit mankind. Getting a boot to the posterior, podilogically, does none of those things. Which is why the machine sits in the office basement, collecting dust.

Still, not a bad legacy for an engineer of nearly 50 years.

He says his machine hasn't been much of a motivator of increased production over the years. In fact, the opposite has been true. He has found people downstairs having too much fun with his derriere device.