Jane Doe's attorney, Annie Hightower, said, "I think this process has been the most harmful process I have ever been involved within my 13 years." 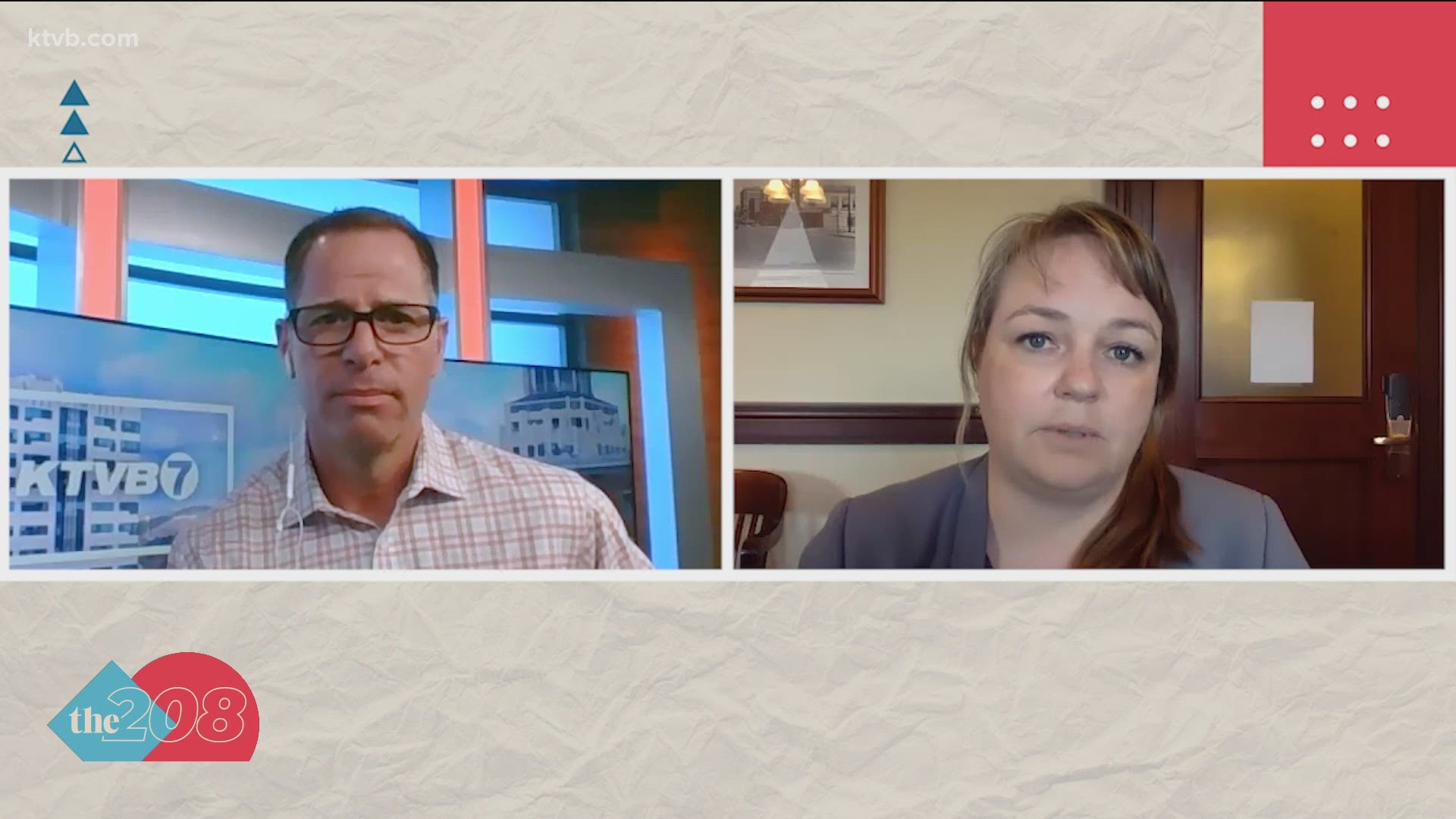 Her attorney, Annie Hightower, told The 208 on Thursday that the whole process wasn't well developed and "feels again like a complete loss of control of her body and her autonomy and that is that's been very difficult."

The alleged victim, publicly known as Jane Doe, said the 38-year-old lawmaker raped her after dinner on March 9 at his apartment.

Hightower, who is Doe's attorney and the director of Law and Policy at Idaho Coalition Against Sexual and Domestic Violence, told The 208 that the number one concern for sexual assault survivors is their privacy when they come forward.

Hightower said she requested to lawmakers that if her client was compelled to testify that it should be done in an executive session, per House Rule 26 which pertains to matters involving a third party, in order to protect her privacy.

She said the Statehouse process wasn't very well-developed from the start, making it traumatic for her client.

"The procedural rules weren't actually written until April 20 of this year so they just weren't lined up to be dealing with this," Hightower said.

She added that she has some thoughts on why no one at the Statehouse ever got back to her about conducting it in an executive session.

"She comes across as a 19-year-old and they probably wanted that on the record. The problem with that is is that it causes harm and it caused harm to my client to put her in a situation where she had to make the choice to do that, to defend herself," Hightower said.

While any formal reporting process is difficult, Hightower said, "I think this process has been the most harmful process I have ever been involved within my 13 years of dealing with survivors."

After the hearing ended, Doe was chased out to her car by members of the public, and at least one lawmaker and a journalist, according to the Idaho House Democratic Caucus. She was also doxxed prior to the ethics hearing.

"I don't know anyone in their right mind that would come forward with an accusation if this is the way they are going to be treated," she said.

Hightower said one of the most difficult things for Doe throughout this process is that she, again, "doesn't get to choose."

"The challenge is what's happened now is that her story is out there and I won't even focus on her. Survivors need to tell their stories how and when they see fit and when people are using her, even just her voice and spreading that, she doesn't get to choose what message is being put out into different media sources and that feels again like a complete loss of control of her body and her autonomy and that is that's been very difficult both for my client and other clients that I've worked with," she said.

Rep. von Ehlinger resigned after the House Ethics Committee backed the expulsion of the lawmaker.

The Idaho House Democratic Caucus said in a statement that "we must create an environment for safe, supportive reporting by survivors."

"We are in awe of Jane Doe's bravery in coming forward and testifying before the House Ethics Committee. We also applaud the other women who spoke during the hearing and shared their stories.

We are deeply disappointed that at least one lawmaker, a journalist, and several audience members at the hearing sought to reveal Jane Doe's identity and further traumatize her.

If we are to eliminate sexual assault and abuse, we must create an environment for safe, supportive reporting by survivors."

If you are a victim of sexual assault and need support, contact the National Sexual Assault Hotline at 1-800-656-4673 or any of the local resources like Faces of Hope and the Women's and Children's Alliance.