A new home to serve Boise's homeless comes with opposition

Jodi Peterson-Stigers, the executive director of Interfaith Sanctuary, says the old Salvation Army building on State Street is the perfect spot for a new shelter. 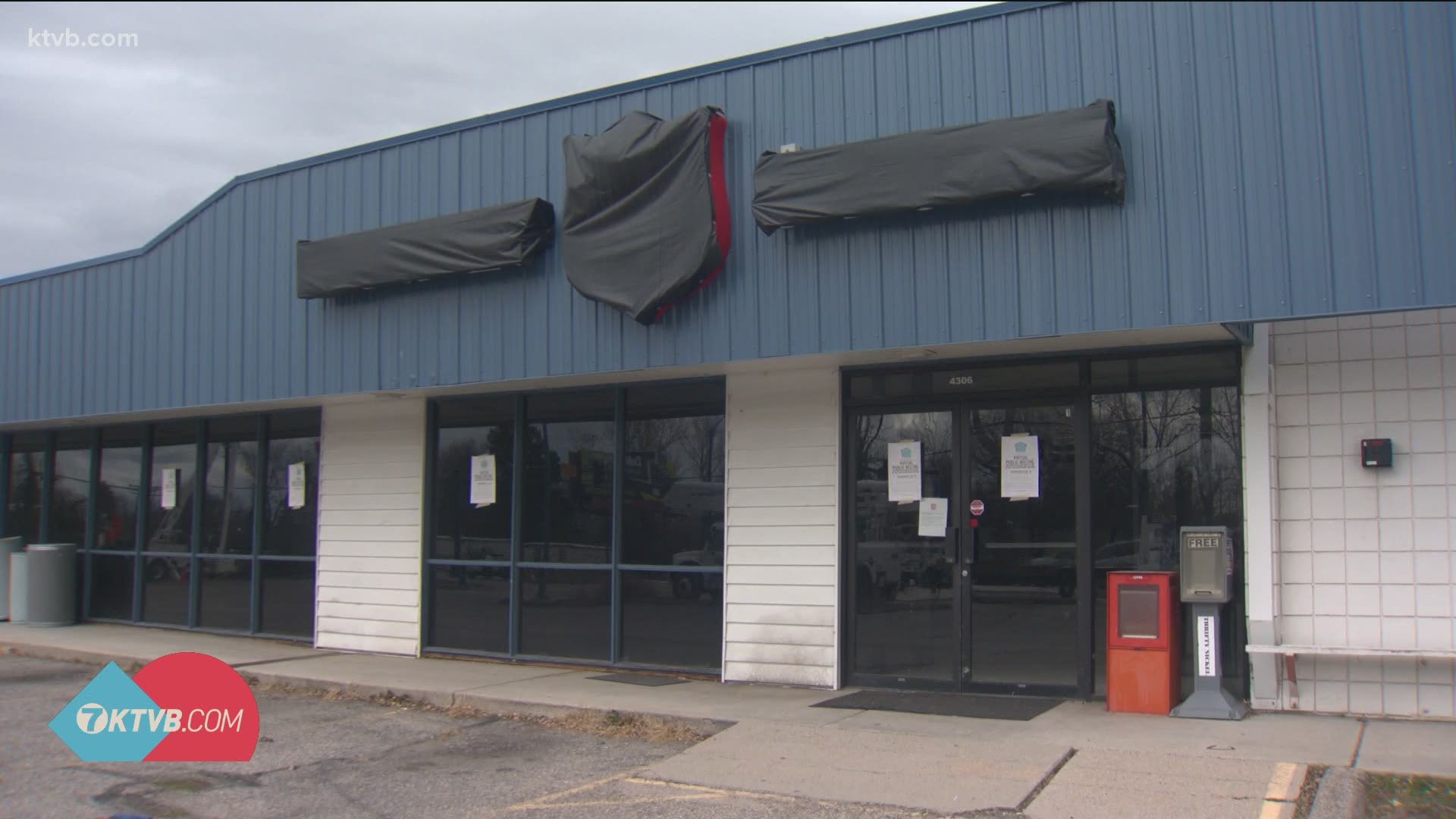 BOISE, Idaho — Interfaith Sanctuary is one of a handful of Boise's homeless shelters. It started with a goal of giving vulnerable people without a place to live, a safe place to sleep and a meal every night of the week. That was back in 2005.

In 2008, they got a permanent location in the 10,000 square-foot building where they are now on River Street.

Thirteen years ago, they were able to provide those services to 164 guests.

Since then they've grown, both in programs they provide and people needing their help.

They now serve about 240 people a day and the need keeps growing, which is why Interfaith Sanctuary says they need to move to a bigger and better location.

Jodi Peterson-Stigers is the executive director for the shelter. She believes she has found the perfect spot - the old Salvation Army building on State Street, west of Veterans Parkway and right across from Willow Lane. The building has been on the market for almost two years and has already served a similar purpose.

It's about three miles from where they are now, and it's more than 30,000 square feet of space -- triple what they have now, which means more room to start new programs and supportive services for those experiencing homelessness.

It also has great access to transportation. The bus stops right in front. The Greenbelt is across the street. And there is access to jobs and other services in the area.

So they bought it. But if only it were that easy.

When word got out in that neighborhood that a homeless shelter might be moving in, residents moved to make it known they didn't want it there, including the Veterans Park Neighborhood Association, who on Monday voted to formally oppose the pending application with the city.

Before that vote, Jodi hoped to set the record straight and hopefully change some minds.

Last week on a Zoom call she introduced herself and the people her sanctuary serves to the new neighbors.

About 100 people logged in and they got to hear about Jodi's hopes and dreams with this project, and why this run-down remodel could be an even better footing for people who have had a hard time getting their feet back under them.

“I think the first thing that resonates with the new location is the security of it,” Jodi said. “There is a way for us to actually serve our population without them being out on a main street or in an alley way, and we don't really have that with our location now. They need to feel safe. Our families with children need to feel safe, and so that's probably the thing that feels best about that location when you first look at it.”

“No to the push back because I think anyone would admit when you hear that a shelter is moving into your area, and if you're not engaged with the homeless population and you don't know the people that are being served, I think your immediate thing is to be fearful,” Jodi said. “So that didn't surprise me. I think what surprised me was...it's pretty dark. I think just not being able to talk about the human beings because that's not the conversation right now, you know, it's a lot of perception.”

“When you say it's pretty dark, you mean people's view of those who are experiencing homelessness?” asked Brian.

“And all that comes with it,” Brian said.

“And all that is perceived to come with it, yes,” Jodi said.

“How did you answer concerns about trash, loitering, how close you would be to playgrounds and schools?” Brian asked.

“Those things, like the person standing outside or someone who is flying a sign or someone who may be terribly intoxicated, those things will happen, but they won't happen in groups of 300,” Jodi said. “They will happen with one person at a time, just like that happens in neighborhoods across our community. The difference is they're not as well dressed, they may be having a really hard time with mental health.

“Some may actually be going to a job, right?” asked Brian.

“Many of our guests go to work every day, you know,” Jodi said. “We're trying to teach them life skills and sustainability, and so that access is really important.”

“I mean it's an old, rundown, empty building as it stands right now. Why would you not want to put something in that would be productive?” asked Brian.

“And it's huge,” Jodi replied. “And it could be a really welcoming beautiful center of humanity and that's what I saw when we went to that building like, 'this is it.' This is where we're going to be welcomed because we're not welcomed in this (current) location. There's hostile architecture, and there's nowhere for us to go. They're stuck. We're looking for a welcoming environment where we can serve with dignity and grace for the people who are... well they could be just like you and me except something happened, and they're worth investing in.”

We did reach out to the Veterans Park Neighborhood Association to ask about their planned protest to the proposed move of Interfaith Sanctuary.

They claimed 97 percent of their residents who responded to their survey last month don't want the shelter in their area.

We had questions about that and other things and are still waiting to hear back. But we did get an email from a viewer who says they live in the area and they're good with it.

"I don't think the residential program is the biggest concern for most neighbors but rather the day drop in program. Many of us saw what happened downtown at Rhodes Park and continues to overflow into that general area - and none of us want that happening out here and at Willow Lane and along the Greenbelt where we already have a large homeless population," the anonymous email read.

"Valor Point, Salvation Army Residential, and much of the Section 8 apartment housing all on the south side of State Street within a few blocks has not created any noticeable problems and I doubt this project would either.  It would add much needed services for many of our less fortunate neighbors," another email read.

Jodi says they expect to close on the purchase of the building on March 25.

Before that there will be another virtual public meeting coming up on Feb. 10 to answer more questions. It's part of the requirement for submitting an application to the Boise's planning and zoning.

If that all goes well and they get the permits, she says the remodel could take another nine months to a year.

There could be an appeal, yes...and then it would go before the city council.

Jodi believes they will get it done, but not without a struggle, which is apropos considering the services they provide.