Russ Stoddard began creating a mural of the world's most courageous activists in September. The work, however, is far from finished. 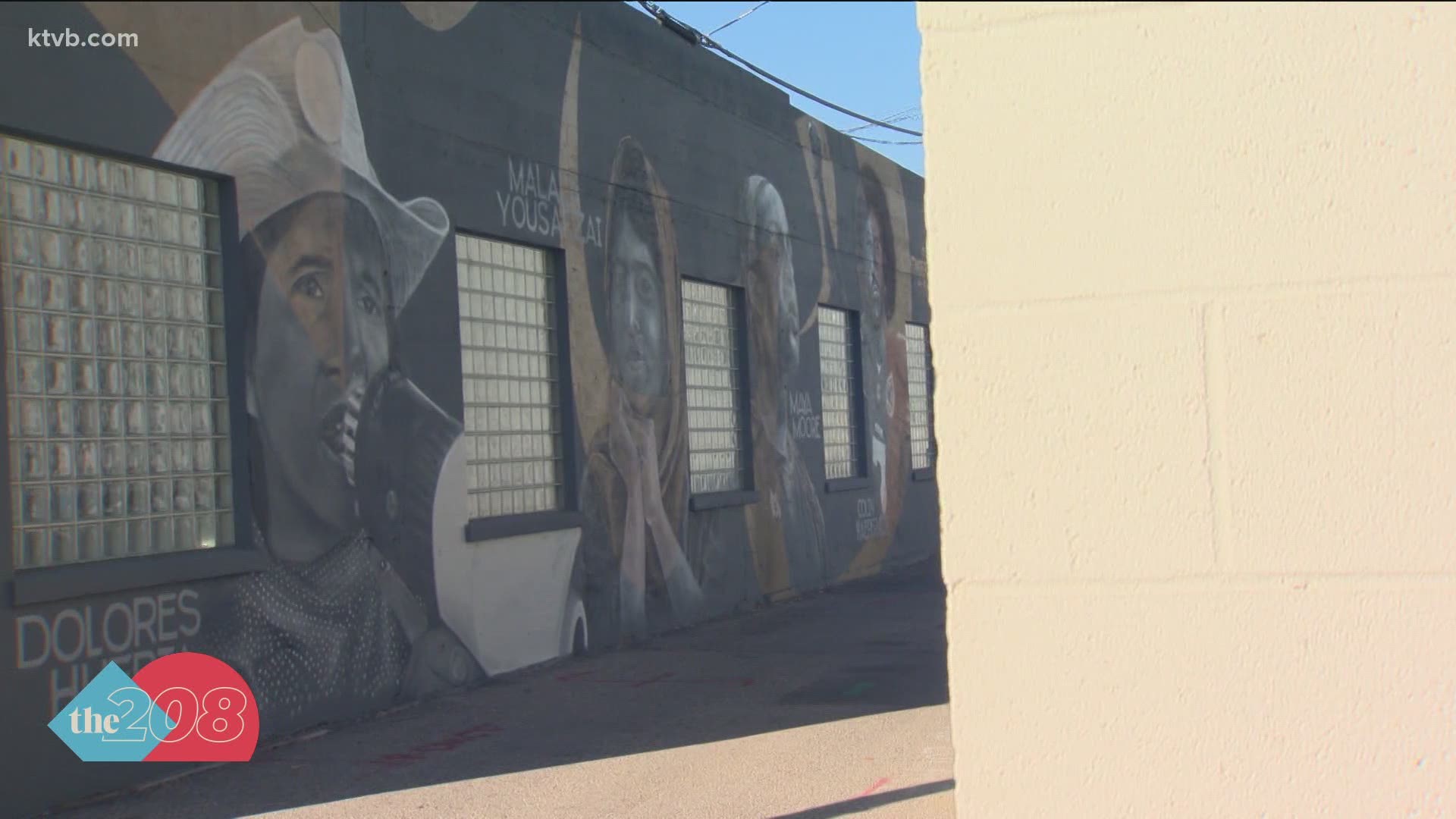 Back in September, a Boise man who hoped to inspire any and all who passed through a downtown alley began an art project to showcase some of the world's most courageous activists. Appropriately, he called it Inspiration Alley.

Inspiration Alley has been an idea of Russ Stoddard for several years, and in September, it finally began to take shape. He commissioned a mural of Maya Moore and Colin Kaepernick to be painted on the back of his office building.

However, that was only the beginning.

"[Dolores is] a long time civil rights activist, a labor leader, and she's a presidential medal winner, and at 90 years of age she's still out there working trying to improve the lot of human beings," Stoddard said. "[Malala] was shot by the Taliban in the face for actually advocating for the education of women. She became the youngest winner of the Nobel Prize as a result."

"That's just the way that we work," Sahlein said. "It's nice to be able to work with spray paint on a larger scale. It covers surfaces faster, you can cover a lot of ground, you can create good blends.

While the work can be tiring, the significance of what they were commissioned to complete keeps them going. They are inspired by highlighting their trade and drawing attention to what these faces did to inspire others.

"I grew up here, so I know the people to be pretty receptive to engaging in things like this so," Sahlein said. "It's cool to be able to reflect that back in the community."

That reflection makes it hard not to notice that three out of the four larger-than-life, permanent occupants of Inspiration Alley are women.

"I actually happen to think, and I take a few hits on this, that women get most of the work done in the world, so we wanted to actually honor more women than men," Stoddard said. "It represents a couple of athletes, some activist, someone who is multiracial, someone who is a Muslim, someone who is Hispanic. We're trying to just broaden that message out there for the community that it takes all types."

You can find Inspiration Alley behind the Oliver Russell building on 11th Street and catch a glimpse of it as you drive by on Grove Street.