Rep. Russ Fulcher says this is the best way to get the U.S. economy back on track. 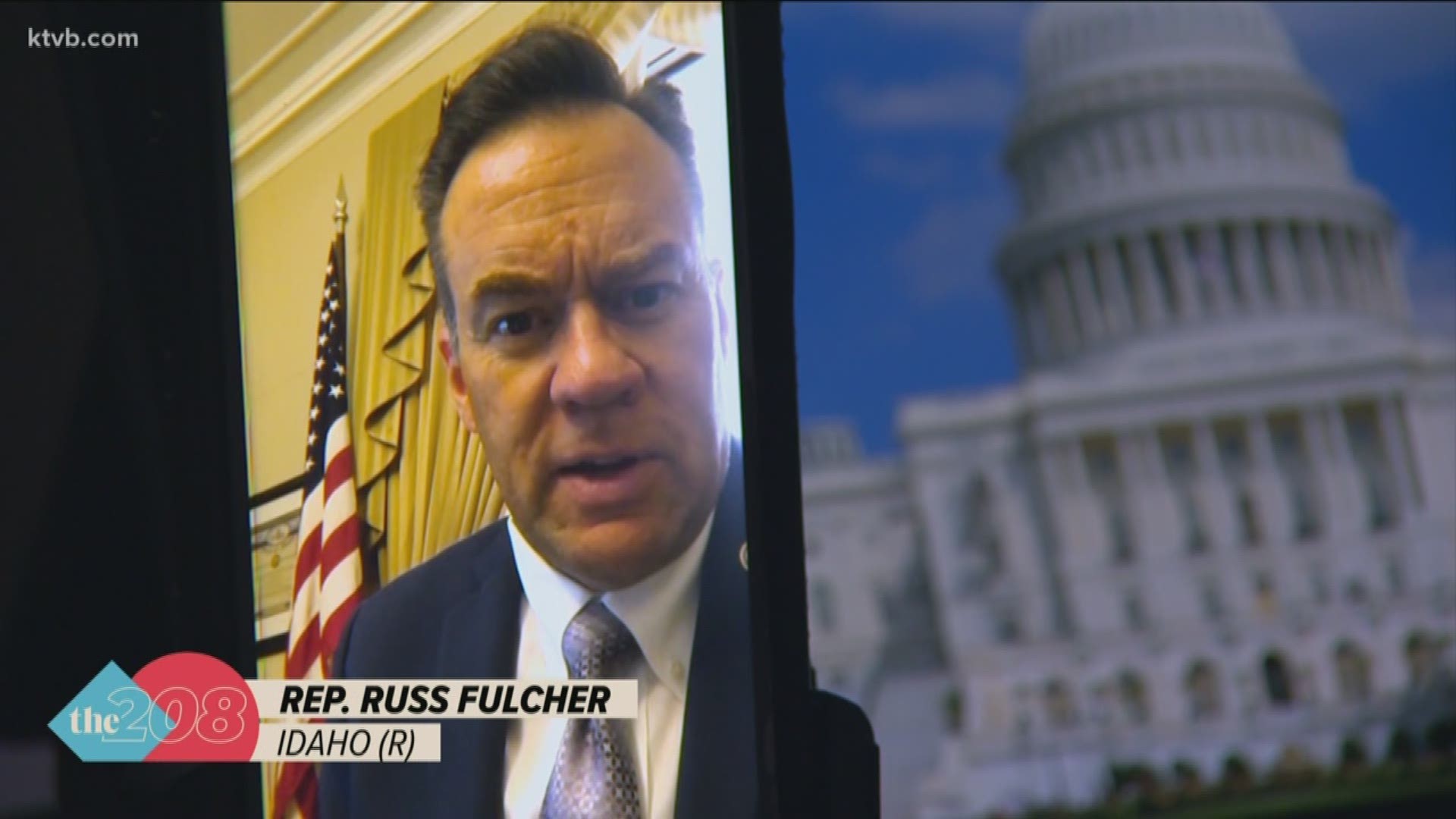 BOISE, Idaho — Idaho Congressman Russ Fulcher voiced his vote in favor of the Coronavirus Aid, Relief, and Economic Security Act. He outlined his decision in a one-minute speech on the House floor Friday.

“For the first time in history, we mandated the economy shut down by law. Now, we don't yet know the benefits of that, but we do know the cost. It's about two trillion dollars. And one must ask, what is the cost of not acting?”

Idaho's other Congressman Mike Simpson also shouted out his "aye" Friday morning for the bill.

It was signed into law by President Trump shortly after.

It may be the only thing moving faster than the virus itself and is now the largest economic stimulus package ever put into play by the U.S. Congress.

Just before he went back into the House chamber, we spoke with Rep. Fulcher from his D.C. office about why he thought this was the best way to keep COVID-19 from continuing its economic toll on our country.

"This is unprecedented in the sense the government caused a lot of this by forcing people to shut down, for the right reasons, but nevertheless that's what happened.  And in my mind, they assumed responsibility for helping get that started again, and so here we go.  I think this is the right thing to do, but it definitely goes against my grain to sign on for that much debt," Fulcher said.

"How do you feel about for the largest stimulus package? Two-point-two trillion dollars, that's not chump change, that's going to go on for a while?

"On the other side of that, there are some people that say, $1,200, a one-time stimulus check, is that gonna be enough because we don't know how long it's going to last?"

"Course no, not. It's not just that, it's a combination of things. It's the assistance to the small businesses to encourage the employment, the extension of unemployment benefits, it's the low-cost loans so the companies can stay in business. The cash component is probably the most controversial for the reason you just said. It's the other components to this to keep the economy engine rolling again, get it rolling again. There's a lot of things not to like in this bill. And believe me I'm going to get an earful from my constituency when it happens, and I should."

"OK that was my next question, what are you hearing from Idahoans about this?"

"What changed your mind between your last no vote on a similar stimulus bill and this one?"

"There's really no comparison. The last one wasn't even known yet. That's created a lot of angst with a lot of people.

Second thing is just what I said, it's having to respond to the fact that we took an unprecedented position of the government shutting down, by law, the economy.

"So it's a yes but it's a reluctant yes on your part?"

Fulcher said there were several things he didn't like about the bill.

Things that got added that had nothing to do with the coronavirus. But that's politics he said, and he only hopes it will do what it was supposed to do and bring back some financial stability for Americans.

RELATED: Will you get a stimulus check if you receive Social Security or disability, or didn’t file a tax return?