"We know that they (support staff) could walk across the street and work at a fast-food restaurant or Target and make more than they are in our school systems." 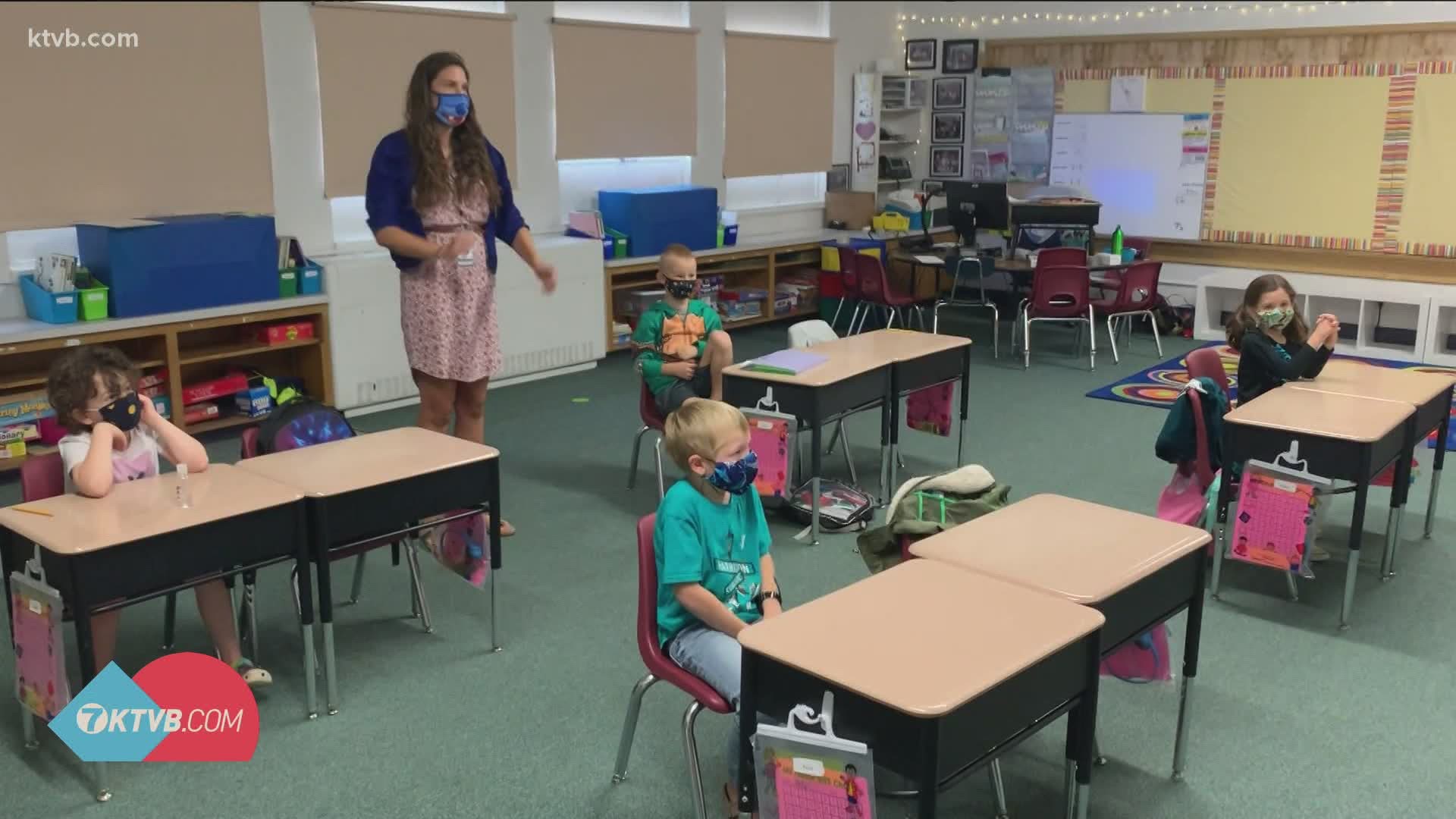 BOISE, Idaho — On Tuesday, Idaho Governor Brad Little announced that the Gem State's budget surplus is expected to surpass $900 million, the largest surplus in the state's history. Now, the state's teachers union is urging lawmakers to put some of those funds towards education.

According to the Idaho Education Association, Idaho ranks sixth in the nation for the highest class size average, which means more work for educators and less time for effective one-on-one teaching.

"When you have overcrowded classrooms, then it's a lot more difficult for that educator to recognize an issue that could become a bigger problem down the road," Idaho Education Association President Layne McInelly said.

When Gov. Little announced the surplus, the teachers union had a list of six items ready for what they want some of that money to go towards.

McInelly added that mental health support will be vital.

"It means we need to have school counselors and nurses and psychologists in every single building across the state. We know that our counselor to student ratio is not where it needs to be," he said.

Currently, many school districts rely on teachers to fill those roles, adding to a heavy workload.

McInelly said support staff like bus drivers, custodians and kitchen staff should be paid better too.

"We know that they could walk across the street and work at a fast-food restaurant or Target and make more than they are making in our school systems," McInelly said.

The state provides funding for school districts and McInelly explained that districts would pay paraprofessionals better if given the money.

Earlier this year, Idaho passed a budget that had $2 billion set aside of education and included $1 million for teacher pay, but McInelly said that doesn't equal better standings for per-pupil spending.

He said getting better-paid teachers and staff in updated schools would lead to better college and career readiness, which will, in turn, help the state.

He added that the budget surplus could go towards property tax relief since so many school districts rely on levies and bonds to fund their budgets.