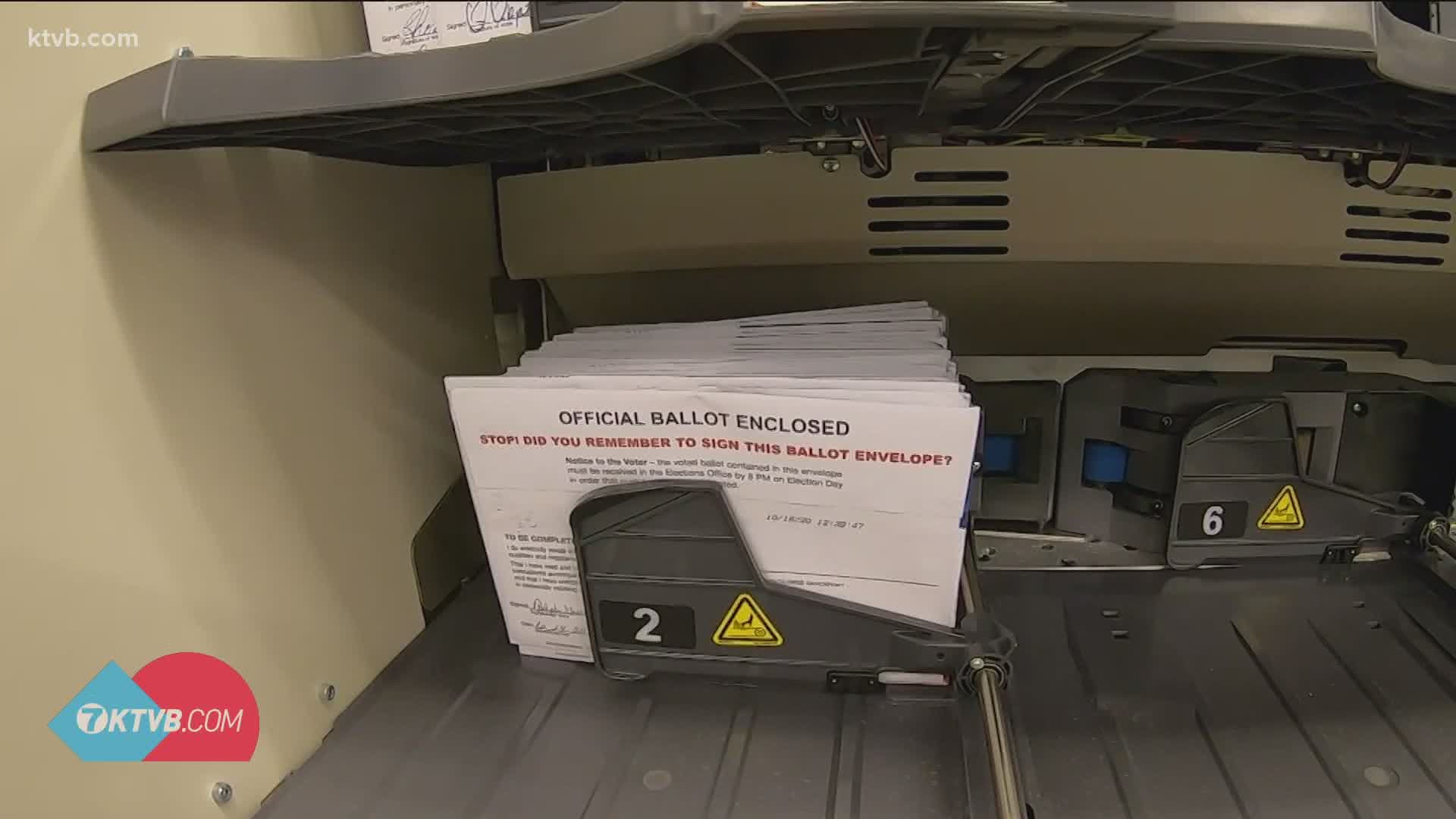 BOISE, Idaho — One week after Election Day 2020, election teams across Idaho are working to audit and certify the votes for final submission to the Secretary of State’s Office. Overall, the general consensus for the Idaho election processes is positive.

"It really went quite well. I was very pleasantly surprised at how well it went," said Jason Hancock, the Deputy Secretary of State.

The previous record for ballots cast in an Idaho election was back in 2016 when close to 711,000 votes were cast. With a few counties still working their numbers, Idaho has already surpassed that record.

"It's looking like we are going to be at least a little bit north of 878,000 ballots cast for this election," Hancock said.

That comes out of a record pool of registered voters in Idaho, a mark that surpassed 1 million just a few weeks before the election.

RELATED: Idaho election expert explains what happens to ballots after an election

With a little bit of data left to come in, the Secretary of State's Office said the voter turnout percentage is also record high. Typically, a good turnout percentage-wise is low to mid-70s, 2020 is set to exceed that.

"I think it is pretty safe to say that I think we are probably going to be up over 80%," Hancock said.

"This is going to blow the doors off in terms of number of absentee ballots cast in an election where it was possible to vote in-person," Hancock said.

Back in May, Idaho did an all vote by mail primary because of COVID-19 concerns. That helped set the tone for more voters opting to vote absentee for the November election and a new possible trend for future elections.

"There are a lot of people who voted absentee this time and this year who've not historically done that. So, it's going to be interesting to see to what degree that becomes a habit for some people," Hancock said.

RELATED: Idaho election expert gives insight on what voter fraud would look like