Along with other U.S. senators, Risch recently got an encouraging update on the approval and rollout of a COVID-19 vaccine. 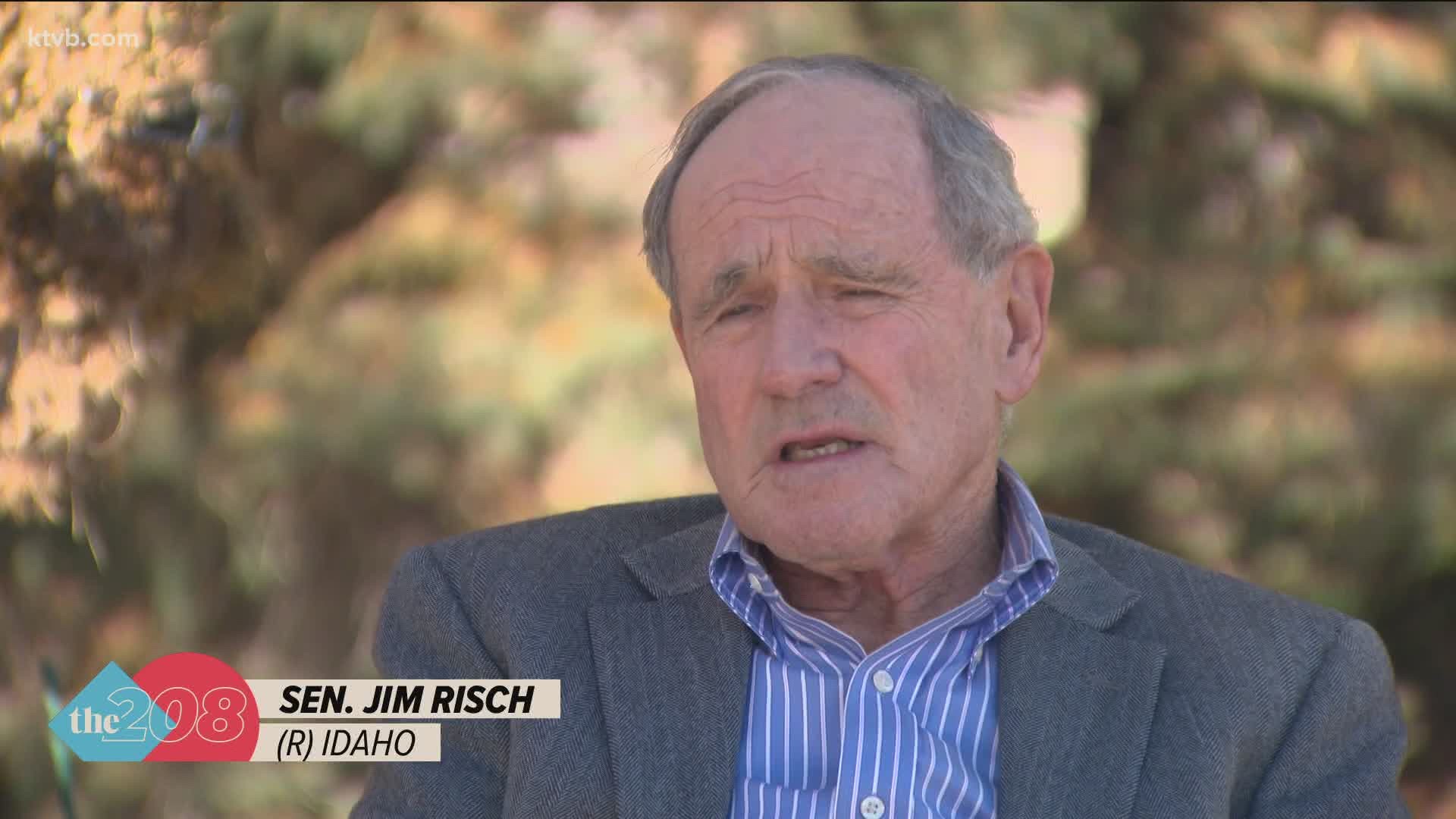 BOISE, Idaho — Idaho Sen. Jim Risch says there is good news on the coronavirus vaccine front, and things in the near future are looking promising.

However, he knows Idaho, along with the rest of the nation, is still battling very tough times.

“We're in a deep hole here in Idaho and things are not getting better, and all the precautions that are being talked about, need to be considered seriously," the Republican senator said during an interview with KTVB on Thursday. "Individually, each one of us is responsible for our health. The president can't stop you from getting COVID the governor can't stop you from getting COVID but we all know what’s spreading it, and we all need to take that responsibility seriously."

He added that a recent briefing on the production and distribution of a successful vaccine is very encouraging.

“We are just weeks away from having a very widespread program to have this out there," Risch said. "This is good news from now to the first of the year there's about 40 million doses, and it takes two doses, so it will be 20 million people will be able to be vaccinated before the first of the year, possibly even more than that. And those will be on the way out very soon.

"As we go past the first of the year, and into spring, we're going to have a large part of the population that can be vaccinated and will be vaccinated," he said.

A major goal through the pandemic has been to return to a more normal education setting by the fall of 2021. With the vaccine news, Risch is confident in meeting that goal.

“The way things are headed right now with the 95% effectiveness that they're talking about and as rapidly as this is going with the distribution system that they have set up all over America. Like I said, I think we're going to be back to normal sooner than the next fall, I really do,” Risch said. "There is good news coming."

Having a vaccine available is great news, but if people won’t take it for whatever reason, moving out of a pandemic becomes extremely tough. For those skeptical about how quickly scientists were able to create a vaccine or the new technology used to create it, Risch has this message:

“The American people need to understand that the decision to release this vaccine for use amongst the general public, is not the decision of the government. It's not President Trump's decision. It's not Congress's decision," he said. "The government can stop a company from putting out a vaccine, but they can't make them put out a vaccine. The companies that are doing this - and I've spoken to them - they want to be absolutely certain that this works, and that it doesn't have side effects that that can cause real difficulties."

Some have expressed concerns that the science of a vaccine may have been influenced by politics, compromising the process. According to Risch, that's not the case.

“I'm right in the middle of this," he said. "I have absolutely no hesitation whatsoever about this. The scientists who develop this, the companies who develop this have said they have not been influenced by politics in any way shape or form. They're professionals wanting to get this behind us, wanting to get a vaccine that that is going to work, and the doctors have specifically said no political pressure has been put on them in any direction and for any reason."

Sen. Risch also answered questions about the 2020 presidential election, transition processes, and the incredible work of frontline healthcare workers. You can watch that part of the interview in the YouTube player below.