Idaho Republican votes against using federal funds for early education, says it makes it 'easier for mothers to come out of the home'

Rep. Shepherd thinks this chance to help kids get ready for kindergarten would do damage to the family unit. 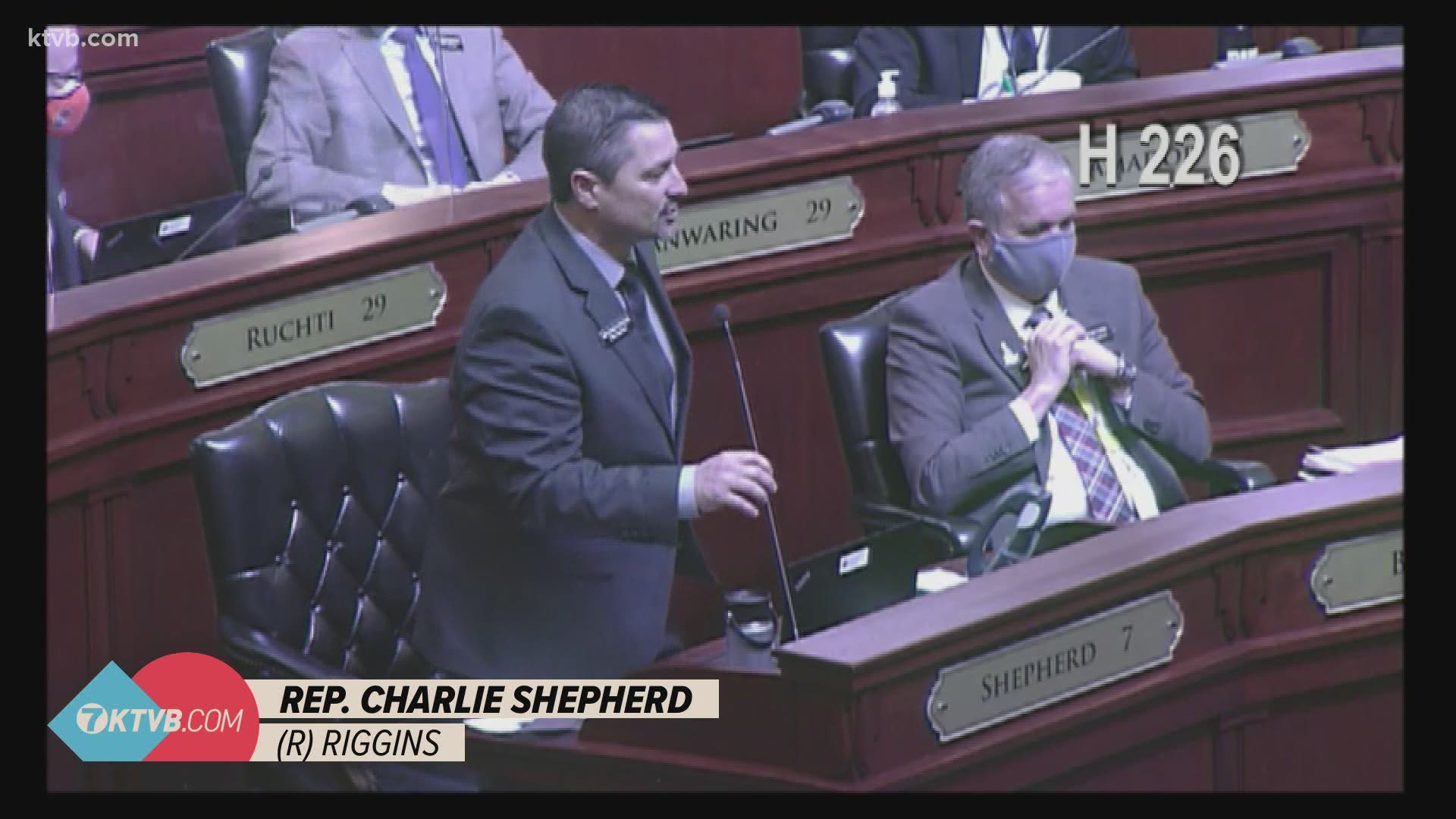 BOISE, Idaho — March is Women's History Month and on Tuesday, one Idaho state representative voted against accepting federal grants to help kids get ready for kindergarten because it "makes it easier or more convenient for mothers to come out of the home."

Rep. Charlie Shepherd (R-Pollock) testified against House Bill 226, which would allow the State Board of Education to use nearly $6 million in federal grants to increase early childhood education in the Gem State by making it more available and accessible.

But for the first-term Republican, he made it clear where he stands on bills such as this.

"I don't think anybody does a better job than mothers in the home, and any bill that makes it easier or more convenient for mothers to come out of the home and let others raise their child, I don't think that's a good direction for us to be going," he said.

The bill failed on a 34-36 vote, but it is expected to be reconsidered.

Rep. Shepherd thinks this chance to help kids get ready for kindergarten, not necessarily raising them, would do damage to the family unit by making it easier for mothers to get out of the home and live their lives.

Correction: A previous version of this story stated the bill lost on a 29-41 vote. That was the vote on education funding House Bill 226 from 2019. The story has been updated to reflect this correction.