Idaho Rep. Simpson is 1 of 35 House Republicans to vote in favor of Jan. 6 Capitol riot commission

The Gem State's other representative, Republican Russ Fulcher, voted against the commission. He also voted to reject the results of the 2020 presidential election. 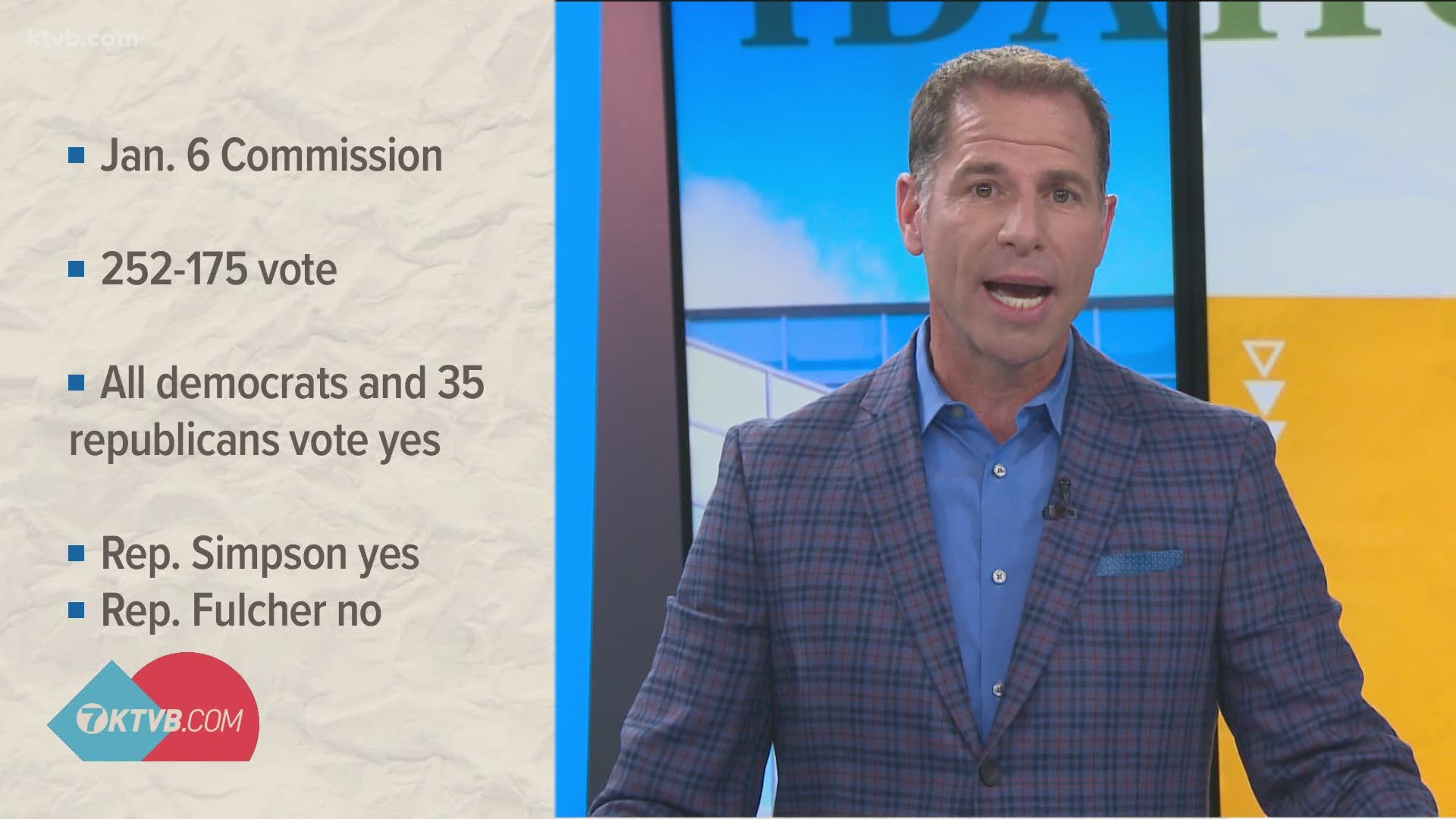 BOISE, Idaho — On Jan. 6, a riot at the U.S. Capitol led to the deaths of five people. The rioters, mostly supporters of former President Donald Trump, stormed Capitol Hill in an effort to prevent Congress from certifying the 2020 election results.

Nearly six months later, one of Idaho's two Congressional representatives voted in favor of a 9/11-style commission to investigate the bloody riot.

On Wednesday night, Republican Rep. Mike Simpson was one of 35 House Republicans to vote in favor of the commission. It passed the House by a 252-175 vote. All House Democrats voted in favor of it.

The Gem State's other representative, Republican Russ Fulcher, voted against the commission. He also voted to reject the results of the 2020 presidential election.

In order to pass the Senate, ten Republican Senators would have to vote with the entire Democratic Party senators in favor of it.

So far, more than 440 people from across the United States have been arrested in connection to the the events on Jan. 6, including four Idahoans.

The measure would create a 10-member commission — with five members appointed by each party — to investigate the Capitol riot.

KTVB reached out to Rep. Simpson's office for comment. At the time of this article's publication, his office has yet to respond for comment. This article will be updated if and when the publicly elected official decides to speak publicly.