Not that you needed an excuse, but National Fry Day is the perfect day to get some french fries that likely came from the Gem State. 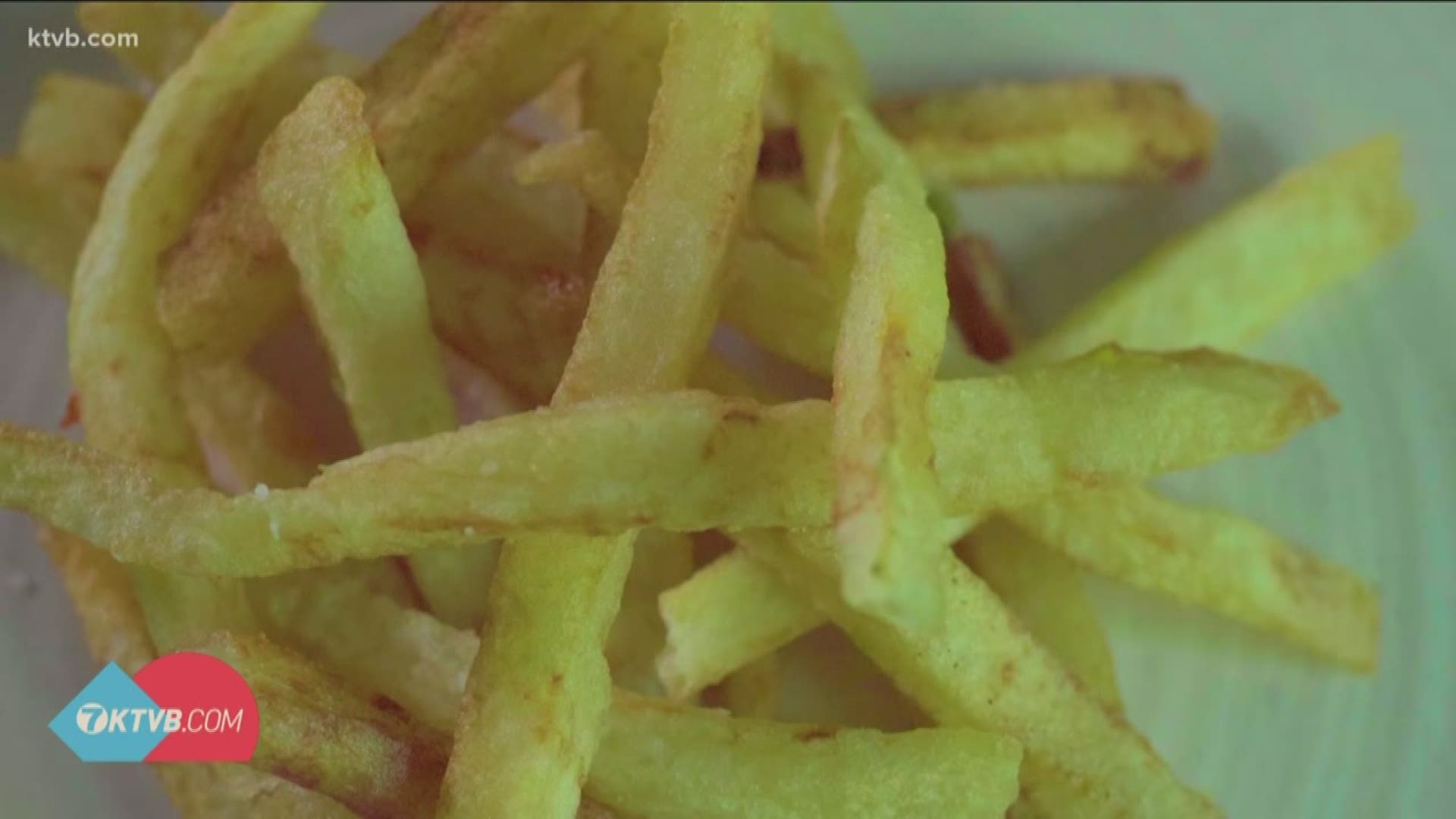 BOISE, Idaho — Yes, it's technically a Monday, but on this Monday, July 13, it is actually 'Fry Day,' National (French) Fry Day that is. We would be remiss if we didn't mention it on The 208 because Idaho is famous for its potatoes, after all.

From McDonald's to Five Guys, the Gem State supplies the potatoes that arguably make some of the best French fries out there

You could say Idaho's connection to French fries began with one of the most recognizable Idahoans in history: J.R. Simplot.

In 1953, Simplot had a patent on developing frozen french fries, which made it easier for restaurants to serve up quickly. A few years later in 1967, Simplot struck a major deal with McDonald's, in the form of a handshake.

"It's one of the iconic business agreements in America," Frank Muir, the president of the Idaho Potato Commission said.

That handshake agreement meant the JR Simplot Company would provide french fries to all McDonald's locations, pumping billions of dollars into Idaho's economy while putting the Gem State on the map for its famous potatoes.

So what is it about an Idaho potato that makes French fries absolutely delicious?

"Our potatoes are grown in volcanic, mineral-rich soil," Muir said. "They're fed by mountain stream-fed reservoirs and streams, rivers, and of course we have the perfect climate. And what that climate does with the cool nights and warm days is that it makes potatoes have higher solids. With the higher solids, less moisture and less water, you actually end up with crispier french fries."

That combination has caught the attention of the international burger chain Five Guys, a fast-food style restaurant known for its fresh-cut fries.

"Five Guys buys about 150 million pounds of potatoes to well over a thousand restaurants and have done very well with it," Muir said.

Today, Idaho harvests between 13 to 14 billion pounds of potatoes a year, enough to fill Albertsons Stadium on the campus of Boise State.

"You could fill the whole stadium from end zone to end zone one mile high," Muir said.

Simplot died in 2008, but his company still supplies potatoes to McDonald's locations but declined to say how much volume they currently supply.

RELATED: Idaho farm gave away potatoes for free so they wouldn't go to waste

RELATED: Iconic Idaho food everyone should try at least once in Boise