Follow the money is usually just a catchphrase but in the 1860s, Idaho's capitol took it a step farther by moving the capital to Boise where things were booming. 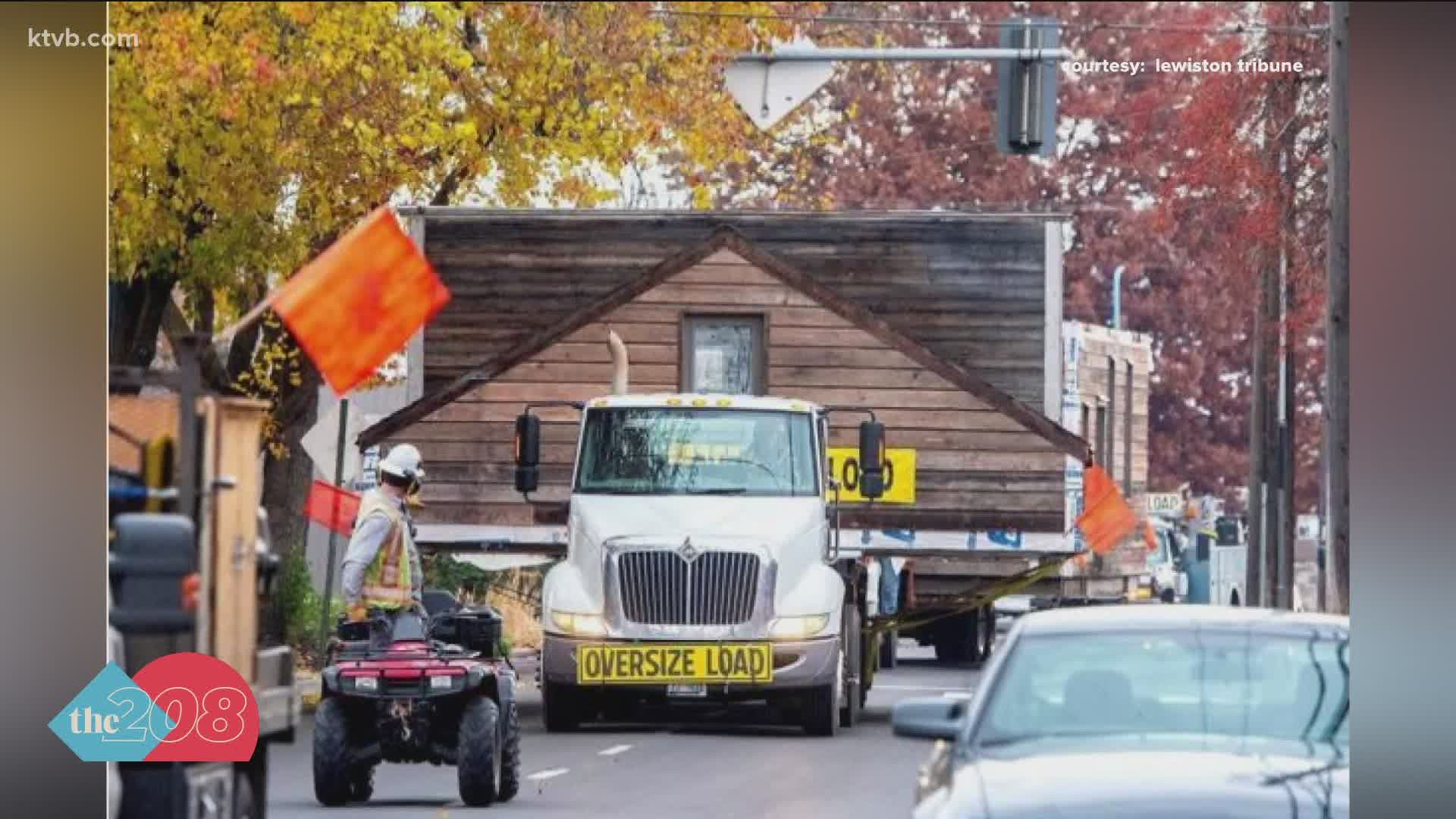 BOISE, Idaho — Follow the money. It's been said about a lot of things like Watergate, the fictional "Deep State" and even Idaho's capitol.

In 1863, Idaho became an official territory of the United States and Lewiston was named the capital city.

At the same time, the timber industry was booming in the Boise Basin. A year later, Boise was named Idaho's capital city.

Now, the capitol is on the move again. Well, sort of.

The replica of Idaho's original capitol building was moved from the intersection of Main and 12th streets in Lewiston. The replica is of the house of the original Idaho territorial governor, William Wallace.

With the help of a flatbed truck, the 20 foot by 30-foot building moved down the street.

Nez Perce County is planning on building a new courthouse where the replica sat.

For the last four years, the historical society has been in the process of buying and preparing a new home for the replica.

The replica was split it in half and drove it about a mile down the road to Capital and 4th streets.

It took crews four hours to move the house but it now sits almost on its original location, which is about 100 feet away and across the street. The original plot wasn't available but they now have the space to recreate a whole historical campus, right next to the Nez Perce Historical Society and Museum.

The replica will be put back together alongside the old trolly station. And one of Idaho's oldest hotels, the Luna House, is also nearby.

The historical society's plans also include maybe moving one of the area's oldest homes to that same location.

But it's clear, Lewiston has no plans to let go of their claim to Idaho's first capital city.