Rene Schoop, owner of Meridian meat and sausage says not only is demand at an all-time high but production was halted or reduced during the pandemic. 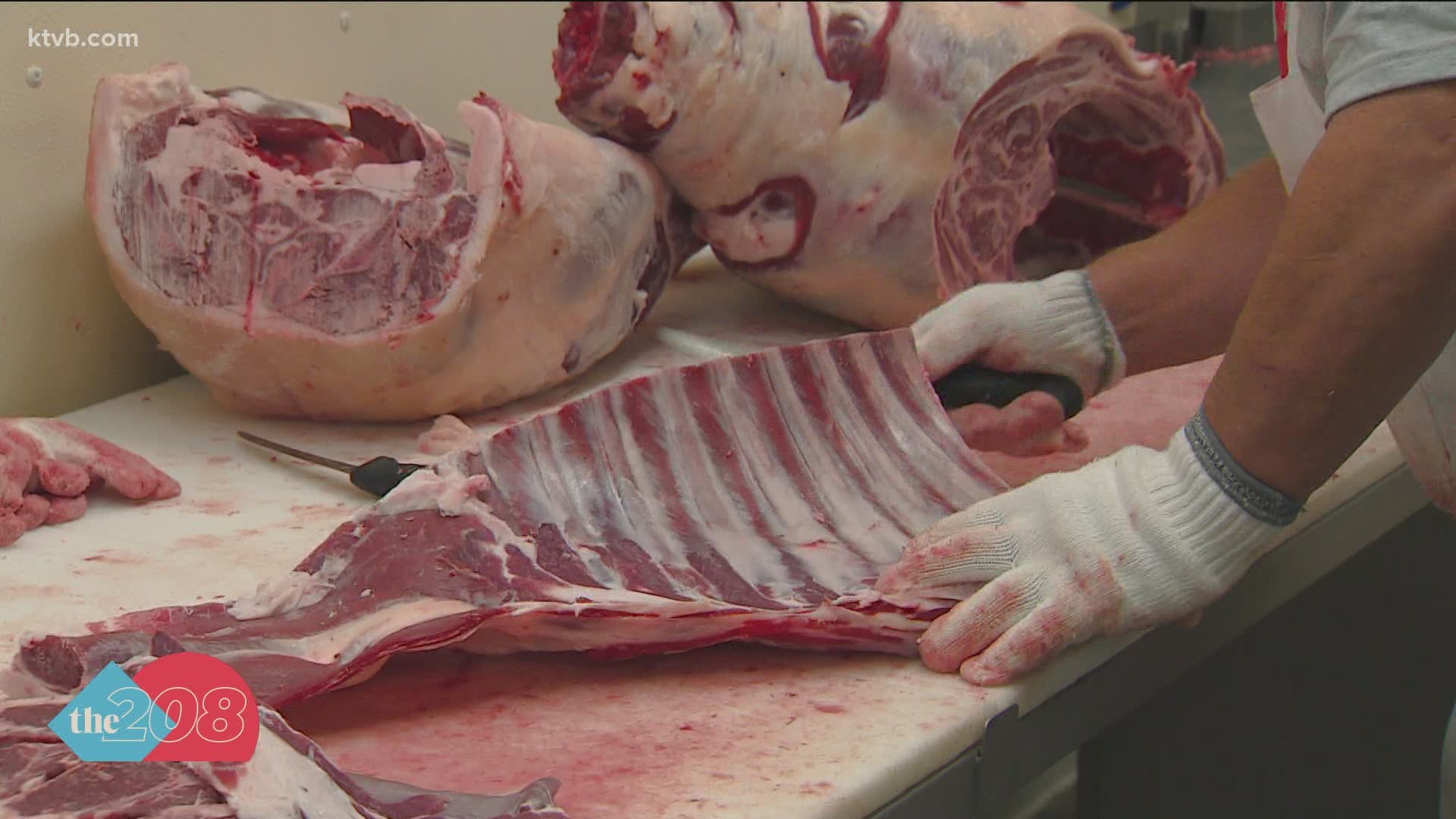 MERIDIAN, Idaho — Meat prices are on the rise across the United States. Many restaurants are raising their prices to keep up with their own costs, and local butchers are feeling the pressure of the situation.

“Now we are in the middle of barbeque season, first big weekend last weekend and all of those put pressure on things,” said Rene Schoop, owner of Meridian Meat and Sausage.

Not only is the demand for meat at an all-time high but production was reduced, and for some halted, during the pandemic. Now, production is expected to be back in full force.

“Pork has been probably the worse because during COVID the pork market quit and they euthanized a lot of little pigs so now we are paying for those pigs that aren't here,” Schoop said. “You get close to $20 for some of the prime steaks, you're going to lose some cutovers there.”

Schoop claimed the other problem is that corn is in high demand to make ethanol. Corn is also what feeds livestock.

“The corn market has hit a couple of records a few times in the last month or so everything chicken, beef, pork has corn in its ration and then the trucking thing has been another thing that’s putting on the prices, been tough getting trucks.”

In return, Schoop had to increase the price of most of his meats by 20%, and he’s not alone.

“Normally a box of chicken breast meat or thigh meat would be around $40-$50 dollars. It’s up near $100 right now,” said Curtis Clark, owner of Boise Bistro Market.

Stark said he’s never seen demand for meat so high, nor has he had to price it this high.

“What the suppliers can get is sometimes half of what the order is. We are kind of fighting for that, trying to get into the store fast to get what we need,” Clark said. “It’s impacted our bottom line so we have had to raise our prices and on average, about 10% on most things just to counteract what is going on."

Both owners admit that not only are they short-handed when it comes to staffing, but their suppliers also are also in dire need of employment.

“It just comes down to people understanding that we are all under a little bit of a strain right now, so patience with any kind of situation,” Curtis said.