McGeachin has been a vocal critic of Gov. Little's shutdown order back in March, arguing all Idahoans are essential workers and that businesses shouldn't close. 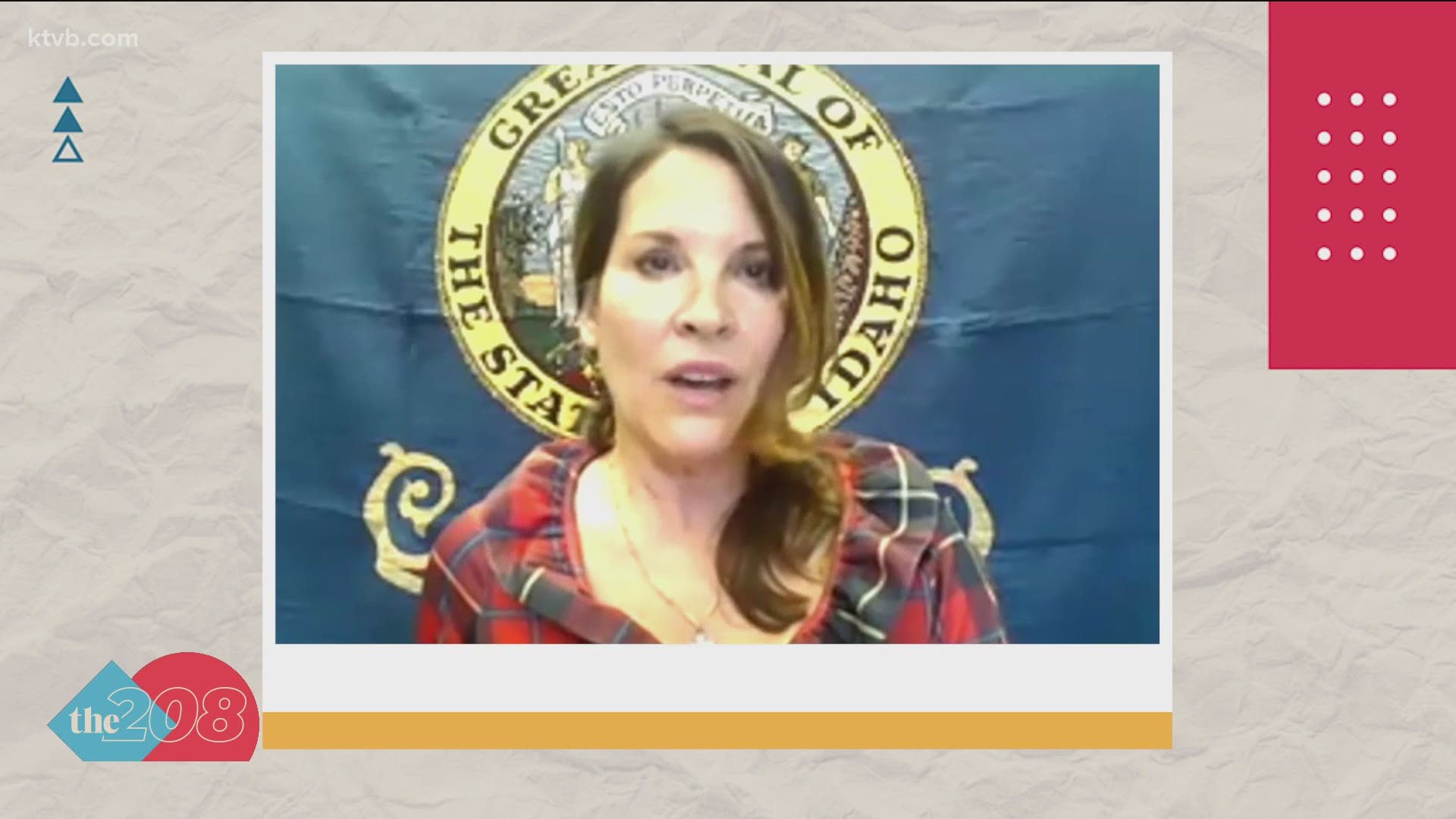 BOISE, Idaho — Lt. Gov. Janice McGeachin said on Tuesday during a Facebook live interview that she's submitted a formal proposal on how she thinks the state can better respond to COVID-19.

McGeachin has been a vocal critic of Gov. Brad Little's shutdown order back in March, arguing all Idahoans are essential workers and that businesses shouldn't be shut down.

KTVB has repeatedly asked McGeachin for a one-on-one interview with her to better understand her perspective. The lieutenant governor has declined or ignored every request.

On Tuesday, McGeachin made herself available to the media during a Facebook live news conference, hosted by the Idaho Strong Community, a group who says their goal is to be a voice of courage and encouragement as they build on the constitutional foundations for the future of Idaho.

"As your lieutenant governor, a former member of the legislature, I am committed to helping work with stakeholders for solutions that do not infringe on your rights," she said.

McGeachin mentioned three components of her proposal. The first includes investing in what she calls relocatable, high-tech modular units that communities could use for whatever they see fit, ER's, ICU's or isolation units.

The third part of her proposal was a disinfectant spray for Idahoans.

"And also the possibility of looking at some very high-tech equipment that's been developed by businesses and people that are also using their God-given gifts to develop this technology that a person can walk through a cube and be disinfected from head to toe, including on the bottom of their feet," McGeachin said.

She did not state how she planned to initiate her proposal, only that she submitted it to the state's Coronavirus Financial Advisory Committee and to Gov. Little's administrator of the Division of Financial Management.

When asked about the price tag, McGeachin said it was included in the proposal, but did not mention a specific number on Tuesday's press call.

She also talked about the issue of hospital capacity.

A long list of doctors, hospital administrators, members of Idaho's Coronavirus Task Force and Gov. Little himself have all raised concerns that Idaho's increasing case numbers could soon overwhelm the state's hospital system.

When asked to clarify if she didn't believe that some hospitals are reaching capacity, McGeachin said, "What's really going on out there? When I talked, the hospital administrators that I talked to in different parts of the state, it's different all across. Because there's one hospital here in Southeast Idaho that has zero COVID patients. And then there's one up in North Idaho that they're claiming that they're full. So I do think it's regional."

The lieutenant governor also said she trusts Idahoans will celebrate Thanksgiving with the ones they love in the way they see fit, despite state health officials urging those gatherings should be limited to household members only.

On the topic of face masks, she said, "While there is much debate in the scientific community about the efficacy of mask-wearing for the general public,  we want this press conference to focus on the need for a broader approach that encourages citizens to use their talents, their businesses, their churches, etc. to engage in this crisis.  Idahoans are at their best when we are not in lockdown but when we are free to serve and help our neighbors in need."

It is also important to note that Idaho hasn't been in a lockdown since April and no businesses or churches were ordered to shut down in Gov. Little's rollback to Stage 2.

McGeachin concluded by saying we will get through this, telling Idahoans to have courage.

Courage during these trying times is crucial but so is listening to health experts like Dr. Fauci or local doctors and taking their medical advice to heart, including wearing face masks.