Idaho Lottery marks 32 years since the first ticket was sold

Since 1989, Idahoans have won millions of dollars on a variety of games and in the same time more than $1 billion has been generated for Idaho education. 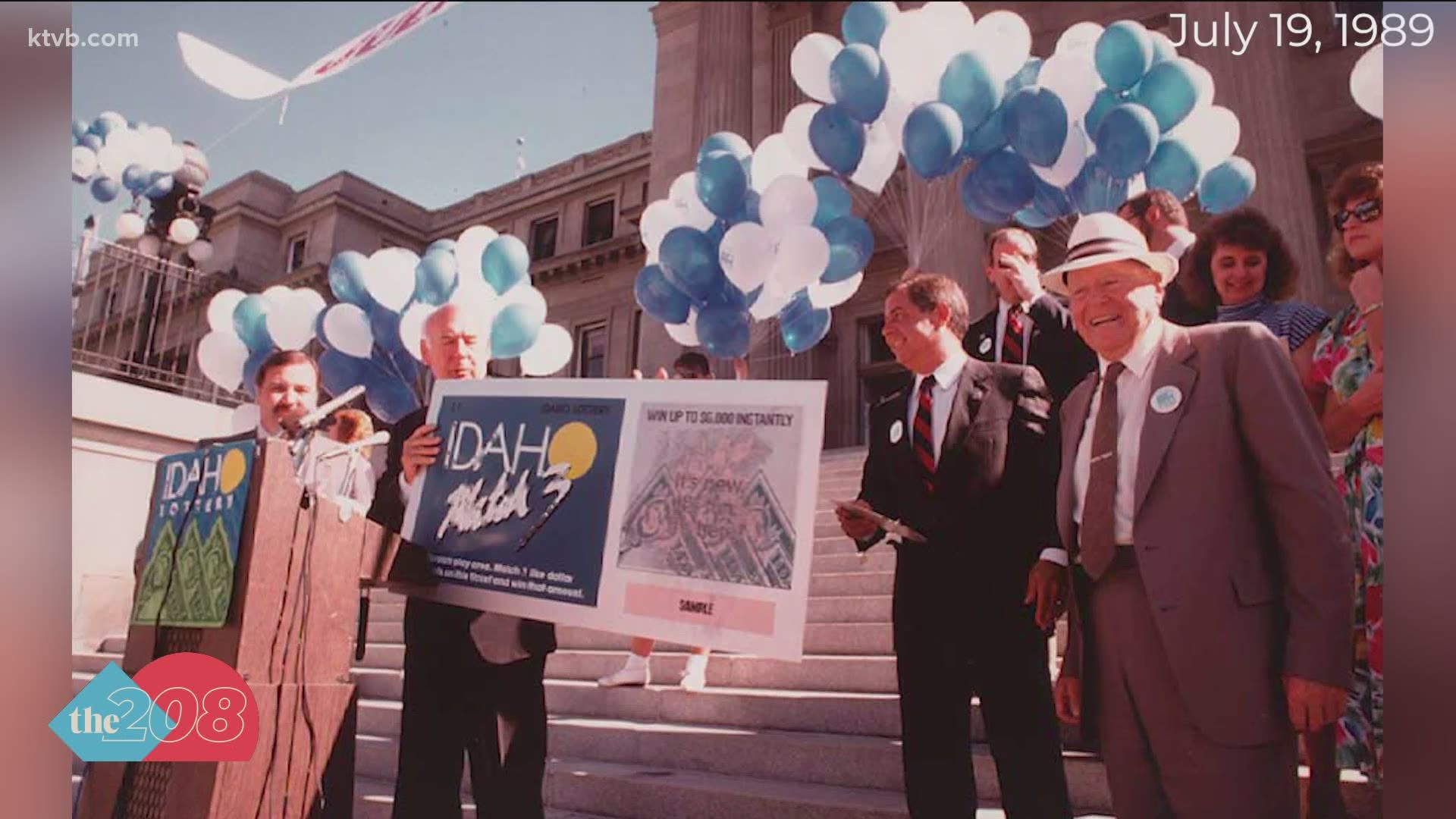 BOISE, Idaho — On July 19, 1989, at the steps of the Idaho Statehouse in Boise, the Idaho Lottery sold its very first ticket to businessman JR Simplot. It was a non-winning ticket but it set the stage for decades to come. Dave Workman, a spokesman for the Idaho Lottery, said the first game they printed was very popular.

“Right out of the chute, it had been talked about before it came into existence for a couple of years. The lottery was actually voted on during a referendum of sorts in 1986, that was later ruled unconstitutional," Workman explained. "So, the legislature, then put it on the ballot in 1988 as a ballot measure to change the constitution that passed during the November 88 election."

Soon after the creation of the Idaho Lottery, Idahoans began winning big.

“We had a jackpot winner, right here in Idaho the very second time we had it. Her name was Sue Jones, she won the jackpot of the starting amount for what it was back then, which was $2 million,” Workman said.

The prizes won since then have grown over the course of the Idaho Lottery's history. Below is a list of the largest Idaho lottery winners in history:

Workman said that weirdly enough, two of the top winners in state history, Brad Duke and Pam Hiatt, have a common thread.

“Brad and Pam both picked their own numbers and they bought their tickets at the exact same store. To my knowledge, it's the only store, the Jackson's up on Orchard by the freeway, it's the only store in North America to ever sell two jackpot-winning tickets for any big national games,” Workman said.

A major selling point for the lottery is the amount of money that goes back into the state towards education.

“Overall the lottery has sold about $4.6 billion worth of tickets, which is tremendous economic opportunity for all of the small corner stores the markets. The convenience stores, the grocery stores around the state of Idaho, because they earn commissions off of those," Workman explained. "Ultimately at the end of the day though we were created to benefit Idaho public schools and the permanent buildings of the state. We've returned $1.034 billion to date."

The Gem State is one of the few states to make their own lottery tickets from scratch.

In 2017, KTVB spoke with Tonya Bloedel, who designs some of the Idaho Lottery's scratch tickets. Bloedel, who is a graphic designer and graduated from Boise State University, said she has the coolest job ever.

"Basically everything that is on the ticket, I design," she said in 2017. "I usually close my door and just kind of zone out and just draw."

The process could take Bloedel anywhere from a couple of hours to a few weeks.

"From there it goes to the programmers, they program the game, we get a proof sent to us as far as the artwork and we sign off on that," she explained.

While attending Boise State, Bloedel got an internship with the Idaho Lottery and stayed there for more than 14 years.

"It's fun I still every time I look into the dispenser I say I did that one and that one and it's a really neat feeling," she said.

Editor's Note: Watch the video above for the full 208 Redial.